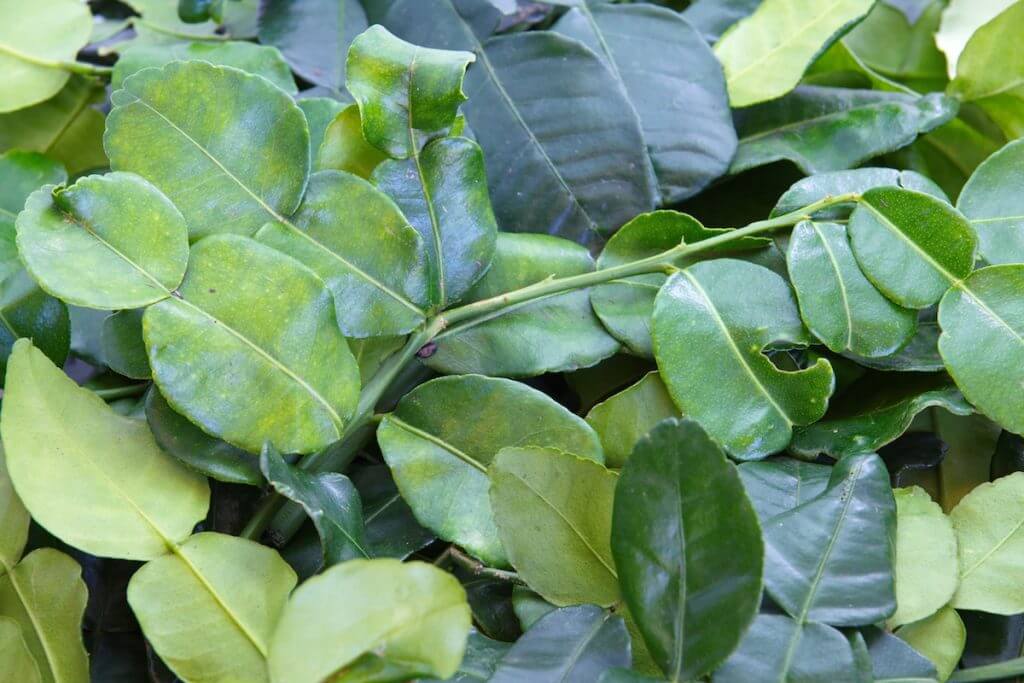 Kaffir lime leaves are often marketed as “Makrut lime leaves” in order to avoid the racist connotations of the word “Kaffir.” The lime tree that produces the leaves has its origins in Southern Asia. The origins of the name are somewhat more complex. A British reference text written in 1888 explains how it came about: Indian Muslims used the Arabic word kafara to describe products that originated in Southern Asia. The word kaffir comes from kafara, which means infidel.

The plant kept its name when it made its way to Africa where the word was already in use as a racial slur. The use of kaffir as a slur came from Arab slavers who used it for their African slaves. The word was adopted by white South Africans and would go on to become widely used in South Africa as the Afrikaner equivalent of the “n-word.”

The leaves of the kaffir lime tree have a distinctive citrus fragrance and flavor with a floral accent. The flavor and aroma of the leaves are quite different from those provided by other citrus plants. It can be described as being a combination of lemon, lime, and mandarin orange.

The flavor is so pronounced and unusual that some cooks suggest omitting the leaves if you cannot find them, rather than try to replace them. In addition to their flavor being unique, kaffir lime leaves are also potent. They can easily overpower other less assertive flavors, so you must use them in moderation.

The leaves of the kaffir lime tree along with the rind contain a range of organic compounds that provide health benefits. Those compounds include:

The extract from kaffir lime leaves can be used for:

The leaves from the kaffir lime tree are used in many different Southeast Asian cuisines. Cooks steep and discard the leaves like bay leaves, or slice them thinly; they are never eaten whole.