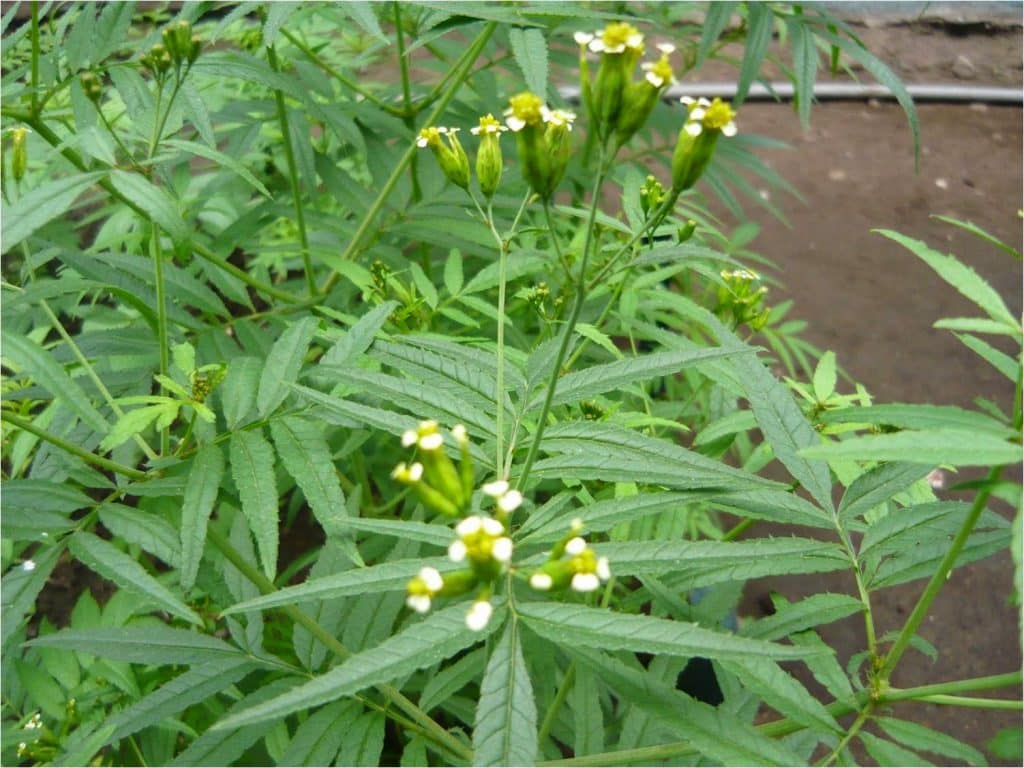 Huacatay has numerous names that differ from region to region. The huacatay name comes from the Quechua language. In English, it is sometimes called Peruvian black mint and menta negra or zuico in some parts of South America. While this herb is primarily associated with Peruvian cooking, you can find it in use all over South America. The countries where it grows and where it is a traditional ingredient include Chile and Bolivia.

Huacatay was in use back in the days of the Inca civilization and by the Aztec people later on as well. It belongs to the marigold family and while it is used in US agriculture and in Africa, it is not generally viewed as a food plant outside of South America. Huacatay was cultivated for its oil in the mid 18th century.

Huacatay is not officially cultivated in the South American countries where it is used most but can be found growing wild and on small farms. You can buy the leaves in markets in the Andes region during the summer. While it does grow all over the world, it is very difficult to find fresh huacatay leaves for sale outside of South America. In the US, you may be able to find it as a bottled paste in grocery stores that sell Peruvian ingredients.

Huacatay’s flavor is more pungent than you would find in most other plants that are given the mint name. The flavor profile is similar to a blend of basil, spearmint, and citrus but there are notes of tarragon in it as well.

Like most fresh herbs, huacatay is full of important nutrients, such as:

You can use huacatay to treat or prevent health issues like:

One of the popular uses for huacatay is in the potato dish known as ocopa where it is used to make the ocopa sauce. It is a smooth sauce that features huacatay as the main ingredient. In addition, it has a supporting cast that includes peanuts and aji chile peppers. Huacatay is essential for the Andean stew called locro and for the Peruvian equivalent of barbecue known as pachamanca.

[amazon_link asins=’B006C84MKI,B00AF0GATA,B01HVVJG5K’ template=’ProductCarousel’ store=’spiceography-20′ marketplace=’US’ link_id=’3832dbf0-d333-11e8-ba23-0b2bd4c87af9′]Huacatay is also used in the same way as cilantro. You can use it in a salsa or ceviche to create a similar flavor profile. Unlike cilantro, there is no gene that makes it taste like soap to some people. As a result, huacatay may be a great option for those who don’t like cilantro’s taste.