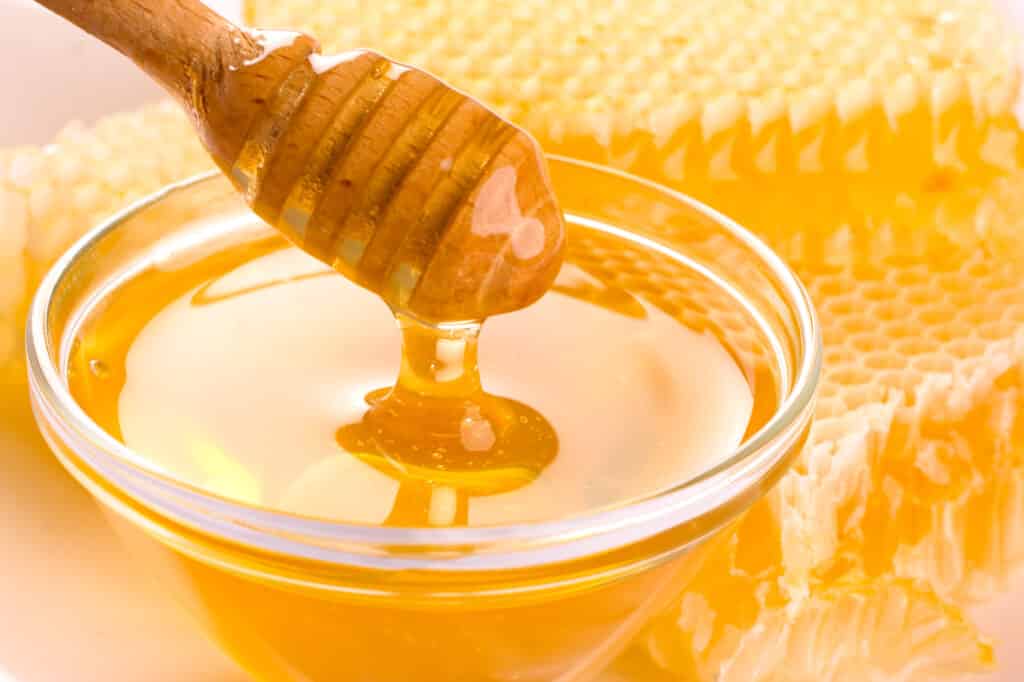 Honey has been a part of the human diet for longer than farmed produce and meat from domesticated animals. Early cave paintings in Spain show honey being foraged. Humans first encountered honey in the wild thousands of years ago. Back then, it would have been the sweetest thing they had ever tasted.

The domesticated hive most likely began with the Ancient Egyptians. The Egyptians are also the source of the first written mention of honey. They wrote about it in 5400 BCE and used honey for sweetening foods as well as for embalming the dead. The first beekeepers housed their hives in old logs and tree trunks.

Beekeeping was so popular in Ancient Greece that there were laws to govern it in Athens. Like the Egyptians, the Greeks had many recipes that featured honey as one of the main ingredients. The Romans, after them, also considered it an essential ingredient.

Early colonists brought European bees to the Americas, thus introducing the Native Americans to honey. Plants that depend on bees for pollination were also brought to the Americas by colonists. Those first bees grew in numbers and spread rapidly across the continent from East to West, but not across the Rocky Mountains. West Coast bees arrived in the US separately via California.

Only in the 19th century was there a revolution in the world of beekeeping. It came via a beekeeper named Lorenzo Langstroth. While early honey harvesting techniques involved destroying the hive, Langstroth’s method did not. His process involved simply lifting out the combs to harvest the honey.

Honey in the Americas comes mainly from clover, orange blossom, and sage nectars.

Honey is primarily sweet with floral notes and very subtle acidity. The taste of honey can differ dramatically based on the region in which it is made since the flavor profile depends on the sources of the bees’ nectar. Different flowers produce different flavors of honey. One exception to this is cane sugar, which produces honey with the same flavor no matter everywhere in the world.

Honey does contain a wide range of vitamins and minerals, but only in tiny amounts per serving. Here are some of the nutrients that honey can provide:

Having honey in your diet may help you to prevent or treat health problems like:

Honey can be used as an all-purpose sweetener and is excellent in many beverages. It can work as a sugar alternative for baking as long as you account for the fact that honey adds more liquid to the recipe and burns faster than sugar.