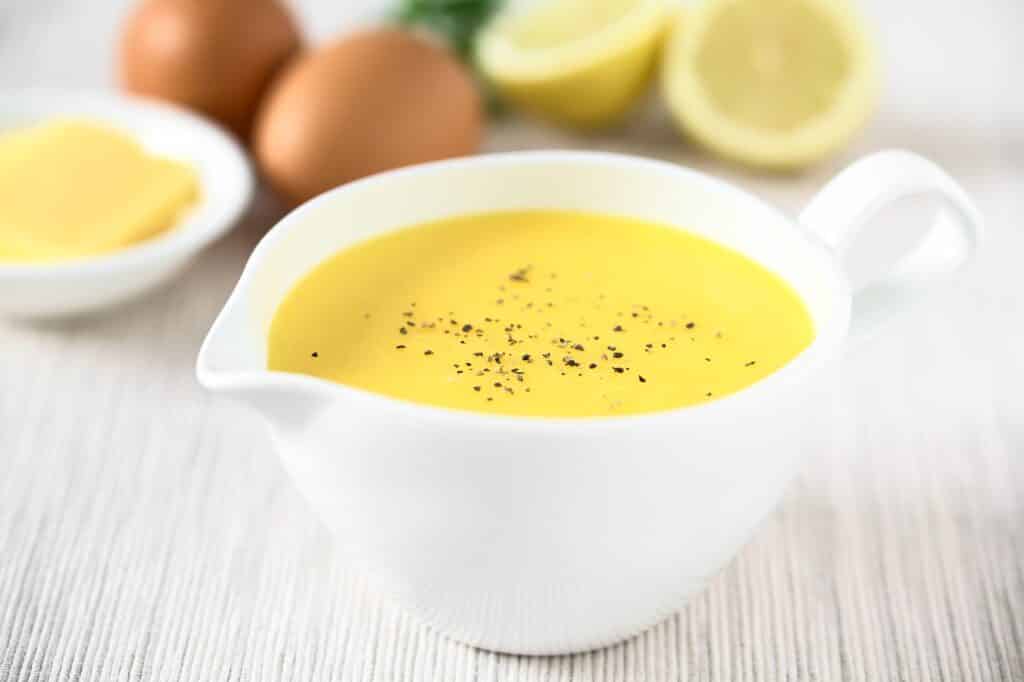 Hollandaise sauce can add warmth, creaminess and acidity to a range of meat and vegetable dishes. Its versatility is why it is considered one of the foundation sauces of French cuisine. While it is certainly important, it is far from irreplaceable. Here are some of the best Hollandaise sauce substitutes:

Bearnaise sauce can accompany many of the same foods that require Hollandaise sauce. It typically includes fresh, aromatic herbs like tarragon and chervil. The herbs give it a distinctive flavor profile that differs from Hollandaise sauce’s simple acidity. Bearnaise sauce works best when you need to add complexity to a dish instead of just richness.

In a pinch: Bechamel sauce

Another French mother sauce, Bechamel sauce is the basis of many baked macaroni and cheese recipes. You will see it used in some lasagnas as well. Bechamel sauce is used to provide a rich and silky texture similar to that of a Hollandaise sauce. It is of French origin, which may give it a similar heritage to Hollandaise sauce though that sauce may actually be from the Netherlands.

Unlike Hollandaise, a bechamel sauce is relatively simple and is difficult to ruin. It consists simply of a roux and cream. When made correctly, a Bechamel will cling to food in much the same way that a Hollandaise will.

The downside is that Bechamel can be considered someone bland, but you can easily modify it with your preferred seasonings.

A mornay sauce is similar to Bechamel sauce but with added cheese. The most common cheese option will be Gruyere but you can also make it with cheddar, Swiss, or Parmesan cheeses. You can use mornay sauce to make macaroni and cheese or pour it over vegetables — it’s a good option for making creamed spinach or kale. Alternatively, you can use it to make the sauce component of a croque monsieur.

If you want the fastest and easiest alternative, mock Hollandaise sauce is it. Typically consisting of a handful of easy-to-find ingredients like mayonnaise and butter or sour cream, it should be no problem for most home cooks to whip up on the fly. If you are on a gluten-free diet or are lactose-intolerant, try one of the mock Hollandaise recipes without gluten or dairy products.

Sausage gravy has a completely different composition from Hollandaise sauce but it is similar in some of the key areas such as the fact that it is rich and savory. Sausage gravy is made with finely ground pork and a roux that is similar to a Bechamel sauce