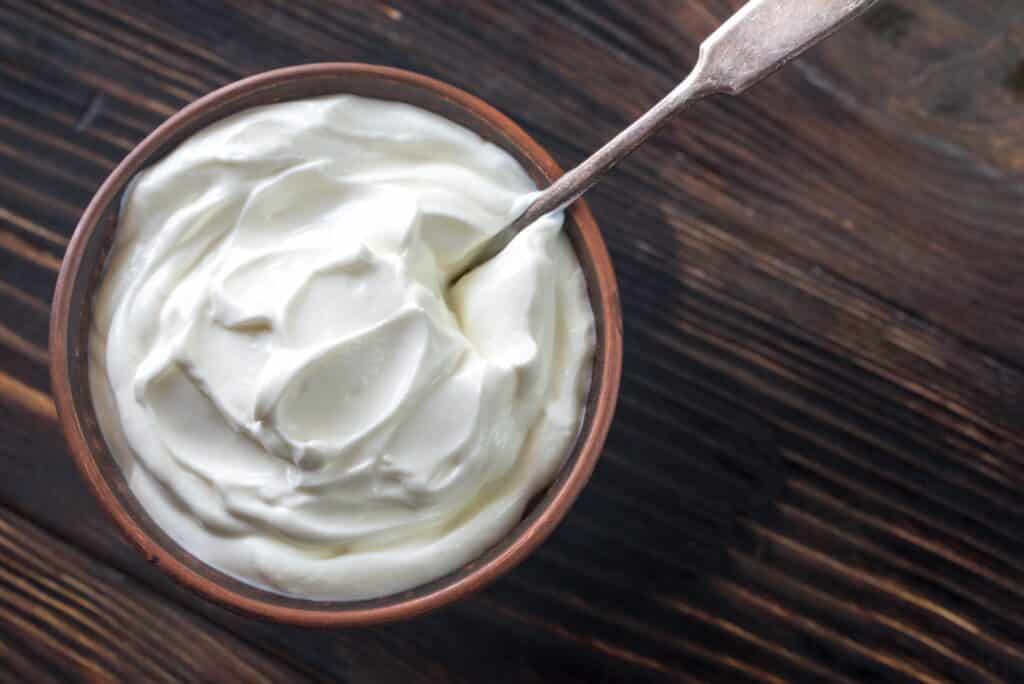 Greek yogurt has been a popular kind of yogurt for a couple of decades now. It is beloved for its high-protein content and richness. If you can’t get your hands on any and need some quick, here are some effective Greek yogurt substitutes that you might have in your refrigerator.

There are several reasons that sour cream is the best substitute for Greek yogurt. It is a cultured dairy product that looks a lot like Greek yogurt, it has a similarly enjoyable sourness and almost the same consistency. Traditionally, sour cream shows up in more savory dishes than Greek yogurt, but you can use it in sweet ones as well. Sour cream also functions like Greek yogurt when you use it in baked goods. It can give coffee cakes and pancakes an incredible softness and keep them moist.

When it is used as a topping for Tex-Mex chili or American-style Mexican food, sour cream can give a similar richness and tang that is almost indistinguishable from that of full-fat Greek yogurt. Sour cream is also widely available and relatively inexpensive. You can use it as a 1:1 substitute in virtually all recipes that require Greek yogurt, but it works especially well in sauces.

Keep in mind that the two do have some differences, especially when it comes to nutrition. Greek yogurt is often recommended as a healthier alternative to sour cream. Regular and light sour cream both have considerably more fat and calories than full-fat Greek yogurt. Sour cream also has much less protein.

From a nutritional standpoint, cottage cheese and Greek yogurt have a lot in common. They are both good sources of calcium and are particularly rich in protein. You can use it as a 1:1 Greek yogurt substitute; cottage cheese’s flavor and consistency allow it to work in many of the same applications. It can provide the same creaminess that you would get from Greek yogurt, and it may even be a better background ingredient than Greek yogurt in some recipes.

The one area where cottage cheese may not be the ideal Greek yogurt substitute is in the area of taste. Unlike yogurt, cottage cheese does not have a tangy flavor. Its flavor is closer to neutral, which might be a benefit depending on what you are making.

In a pinch: Buttermilk

Made from the milk left after churning butter, buttermilk is sometimes consumed as a beverage. It has a strong, tart yogurt-like flavor that can offer many of the same benefits as Greek yogurt in baked goods. Like Greek yogurt, it will keep baked goods moist and soft while enhancing leavening. You can use buttermilk in salad dressings and marinades.

The big difference between buttermilk and Greek yogurt has to do with the fact that buttermilk is a liquid, while Greek yogurt is quite thick. If you are using it as a substitute in a baked recipe, you should remove some of the recipe’s liquid to compensate.

Plain yogurt is made from the same basic raw ingredients as Greek yogurt, it just hasn’t been strained. It has the same tang and some of the richness but with a soupier consistency. It’s like buttermilk but not quite as runny.