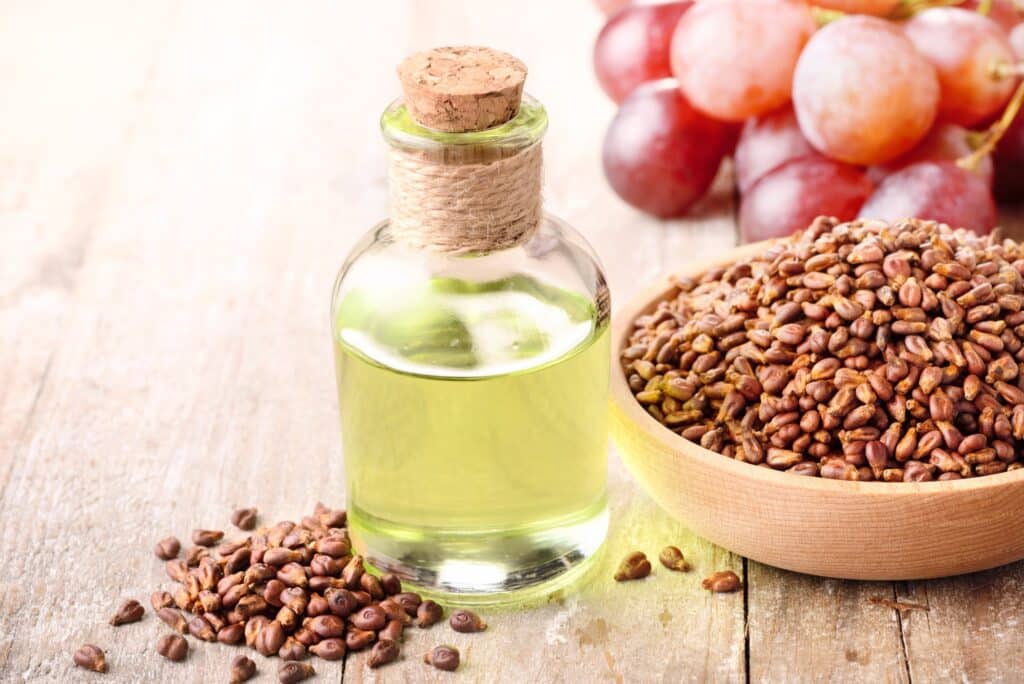 Grapeseed oil is extracted from the seeds of the same grape variety used to make wine. It is often described as a byproduct of wine-making, which is a truly ancient process. Researchers have found evidence of winemaking from about 8,000 years ago in Georgia in the form of pottery used for storage. Researchers suspect that wine was being made even before that but was stored in leather bags that have long degraded.

Grapeseed oil has been used for about 6,000 years, according to some accounts. Early mentions of it seem to focus on its medicinal applications rather than culinary ones.

The French appear to have been the first to use grapeseed oil for culinary purposes. They began using it as a cooking oil in the 1930s. The oil was also used in other wine-producing parts of Europe like Italy and Germany around the same time. Grapeseed oil became popular with U.S. chefs starting in the 1990s and has since grown in use among home cooks.

Grape seeds do not contain much oil, which means that the small amount they do contain can be expensive. Because of how low the oil content is, a solvent called hexane is sometimes used to extract it. The alternative method is to extract the oil by squeezing the seeds with tremendous force, which is sometimes called the expeller method or cold-pressing. Many consider cold-pressed grapeseed oil to be the healthier of the two, but it costs a lot more.

Grapeseed oil is beloved by cooks because of its neutral flavor profile. Its mildness and unobtrusive nature allow the flavors of the other ingredients in dishes to shine. Also, it can tolerate high temperatures without the flavor changing.

Many cooks and nutrition experts consider grapeseed oil to be one of the healthiest cooking oils around. Its reputation comes in part from the valuable compounds it contains, which include:

The nutrients in grapeseed oil make it effective for fighting against health problems like:

Obesity is another major health concern. Grapeseed oil is a fat, which means that it will contribute to obesity when consumed in excess just like any other cooking oil.

Cooks use grapeseed oil partly because of its high smoke point. The fact that it does not start to burn and emit smoke at temperatures below 420 degrees Fahrenheit makes it an excellent oil for high-temperature cooking methods like deep-frying and stir-frying.

Its neutral flavor profile makes it an excellent ingredient for marinades since it adds richness without interfering with the flavor profiles of other ingredients. It is popular for salad dressings as well.