Ginger is a popular spice with both sweet and savory applications. It is sold in various forms, with the most common being dried and ground ginger. You can also find ginger in many grocery stores in fresh and crystallized forms. If you run out of ginger or are cooking for people who are allergic to it, fear not. Various effective ginger substitutions should work almost as well. 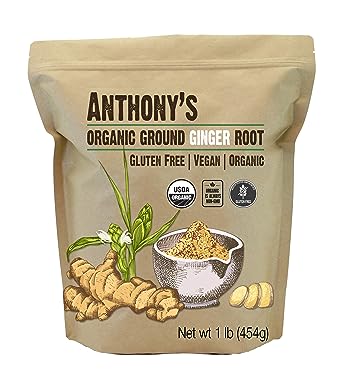 Ground ginger can make a good substitute for fresh ginger when you need it. It's not quite as nuanced as fresh ginger, but there's still much of the same intensity when dried.

Mace is the lacy coating on the exterior of the nutmeg. The flavor it adds to dishes is often described as warm and aromatic, which makes it a decent ginger alternative. Mace is particularly useful as a ginger substitute when it is used in sweet and baked applications. It also works well in many savory foods, including meats and vegetables.

When using it as a ginger substitute, use exactly the same amount of mace that the recipe dictates for ginger. In other words, it is a 1:1 substitute.

In a pinch: Cinnamon

Cinnamon’s warm, sweet flavor is often likened to that of ginger. Because of that flavor, it can complement many of the dishes for which ginger is normally used. Like ginger, cinnamon is widely used in Indian curries and is therefore effective in many savory dishes.

The most readily available forms of ginger are fresh, crystallized and ground. In a pinch, you can interchange these different forms as necessary. In other words, you can use any form of ginger in place of another form in many recipes. When doing this, it may be necessary to chop or grind the ginger to make it more like the form that the recipe requires. If you can find ginger juice, this can also be used in place of dried, ground or crystallized ginger.

Nutmeg is another common spice that can approximate the flavor of ginger in many dishes. You can use nutmeg in grated or ground form and in both sweet and savory dishes. Use ground or grated nutmeg to replace ginger just as cinnamon and allspice are used above.