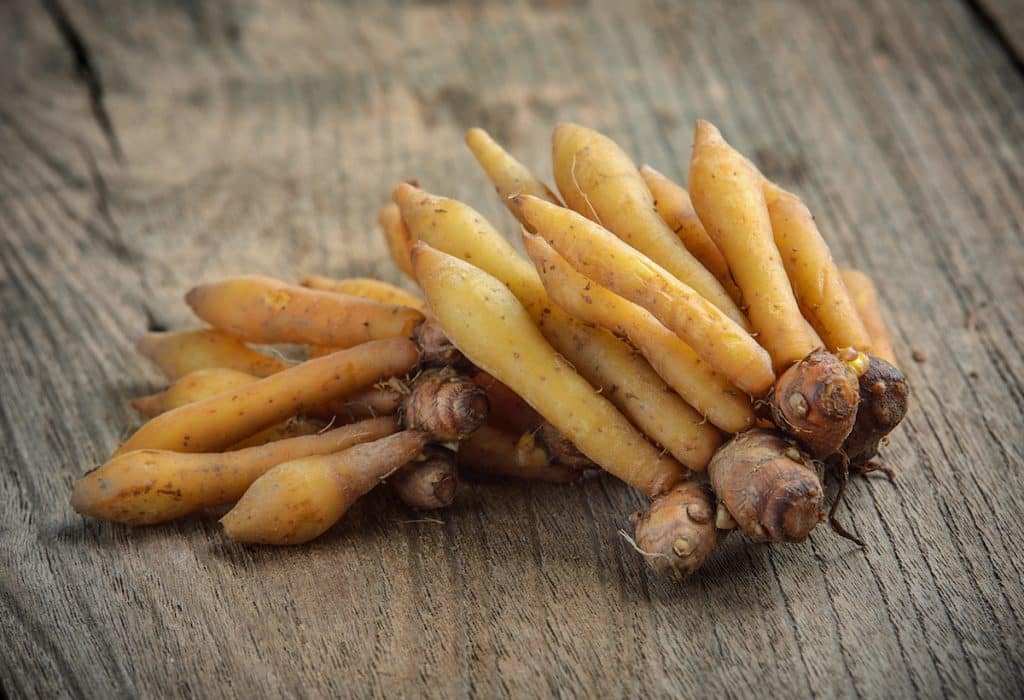 Fingerroot is a rhizome in the ginger family that is shaped like a hand with the fingers extended, hence its name. It is native to the Yunnan Province in China and you can find it in Malaysia as well. Thai cooks refer to fingerroot as krachai; Malaysians call it temu kunci. In English, it is also known as Chinese ginger in addition to fingerroot. Parts of the plant have long been used by the Nicobarese tribesmen of the Nicobar and Andaman Archipelago. Fingerroot is one of the many herbs used by the islanders for their medicinal benefits. The tradition of using plants as medicine in this part of the world goes back to the time before recorded history.

Today, fingerroot is cultivated throughout southeast Asia, usually on smaller farms and in household gardens. While the ancient tradition of using plants like fingerroot as medicine is in danger of being lost in the Nicobar islands as a result of modernization, some residents do maintain a traditional way of life. That way of life involves continuing to harvest and use the plant. It is used in dishes in various countries in the region including Thailand and Cambodia.

Fingerroot’s flavor can be likened to a combination of ginger’s warm sweetness with black pepper’s mild bitterness and heat. Its flavor has a lot in common with galangal with the main difference being that it is milder and more earthy. Note that the word medicinal tends to show up in descriptions of the fingerroot flavor profile.

One of the main uses of fingerroot is as a medicine. Its benefits in this respect stem from the fact that it contains compounds like:

Fingerroot has been used to treat or prevent health conditions like:

Fingerroot is a popular flavoring in certain Thai curries and is a good spice for toning down strong fishy and gamy flavors. It often shows up in dishes that also feature Thai fish sauce and in those that contain fermented noodles known as khanom chin. Another common application is in Thai tempeh cake. Fingerroot is used in the traditional Indonesian tonic known as jamu where it is combined with any of several other ingredients ranging from royal jelly to tamarind. Cambodian cooks use it as one of the ingredients in their kroeung paste, where it is often paired with lemongrass.