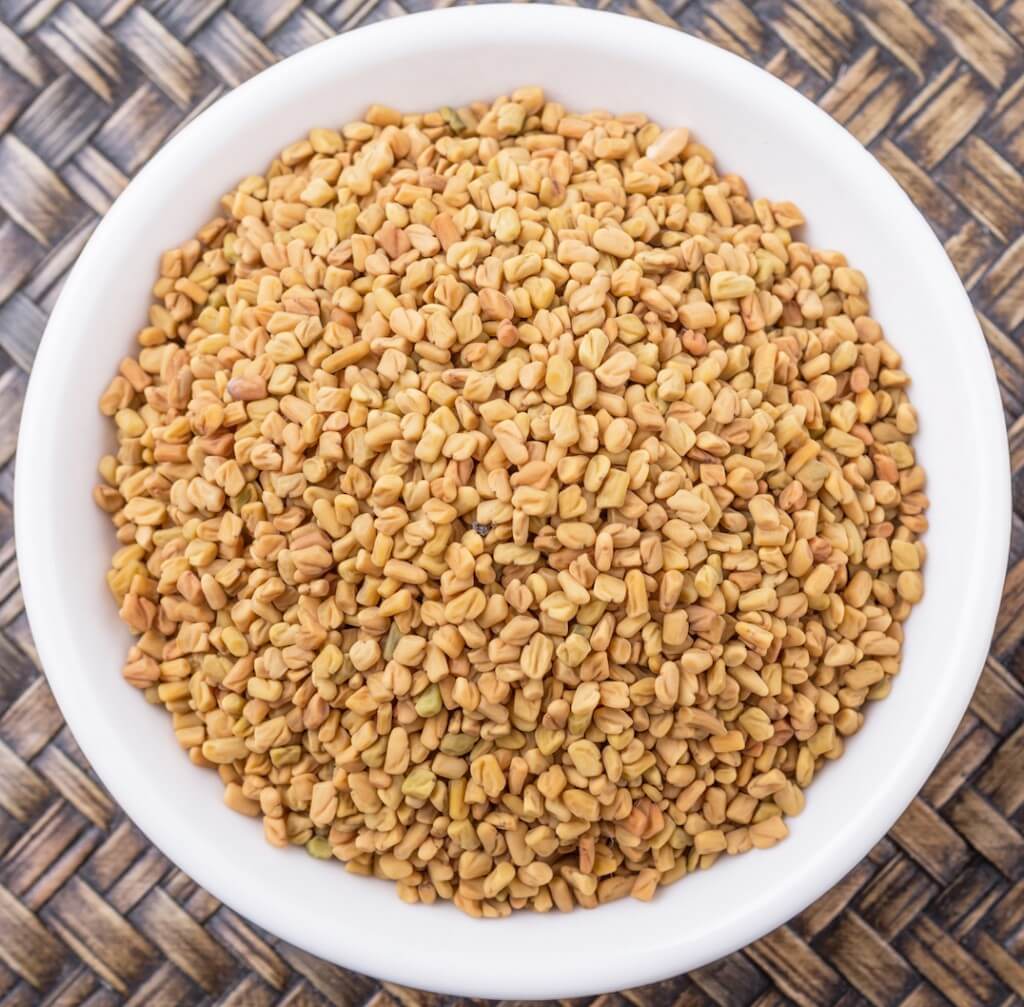 Fenugreek is among the oldest known medicinal plants. Fenugreek seeds were found in Iraq that date back to 4,000 BC. Archaeologists have also found fenugreek seeds in Tutankhamen’s tomb.

The ancient Egyptians ate it as a vegetable and the seeds were among the spices that they used for embalming. Ancient Greeks and Romans considered it an anti-diabetic but also used it to feed their cattle. Fenugreek was a popular addition to other feed as it encouraged cattle to eat since they enjoyed its taste. Its scent would then pass to the milk that the cows produced.

In the 9th century, there was extensive cultivation of fenugreek in Charlemagne’s imperial gardens after Benedictine monks introduced it to central Europe.

The flavor of fenugreek seeds is widely described as being sweet and nutty with strong notes of maple. While that description is accurate, there is much more to this spice. For starters, there is the maple aspect of its flavor. The maple note is strong enough to make fenugreek a common flavoring in artificial maple syrup.

Fenugreek also has bitter notes that can be overpowering if the spice incorrectly used. Incorrect usage typically involves using the spice in its raw form. It should be pan-roasted to reduce the bitterness and bring out the sweetness.

When used correctly, it can add a complex sweetness to spice mixes and provide a background note that makes other flavors seem fuller; this ability to “round out” other flavors makes it unique in the spice world.

In order to get fenugreek’s flavors to infuse fully, it is best to use it in dishes that call for long cooking.

Fenugreek has been considered a medicinal plant for much of human history. Here are some of its benefits:

You can use fenugreek as a treatment for:

Fenugreek is widely used in Indian cuisine where it is an essential component of most curry mixes. African cooking also heavily features fenugreek, especially Ethiopian cuisines. Ethiopian cooks use it to make a spiced clarified butter called niter kibbeh; they also use it in the berberé spice mix.

Fenugreek seeds can roasted, ground and added to dry rubs for meat. You can use the leaves by chopping them and adding them to vegetables or legumes. They can also be prepared as cooked greens.