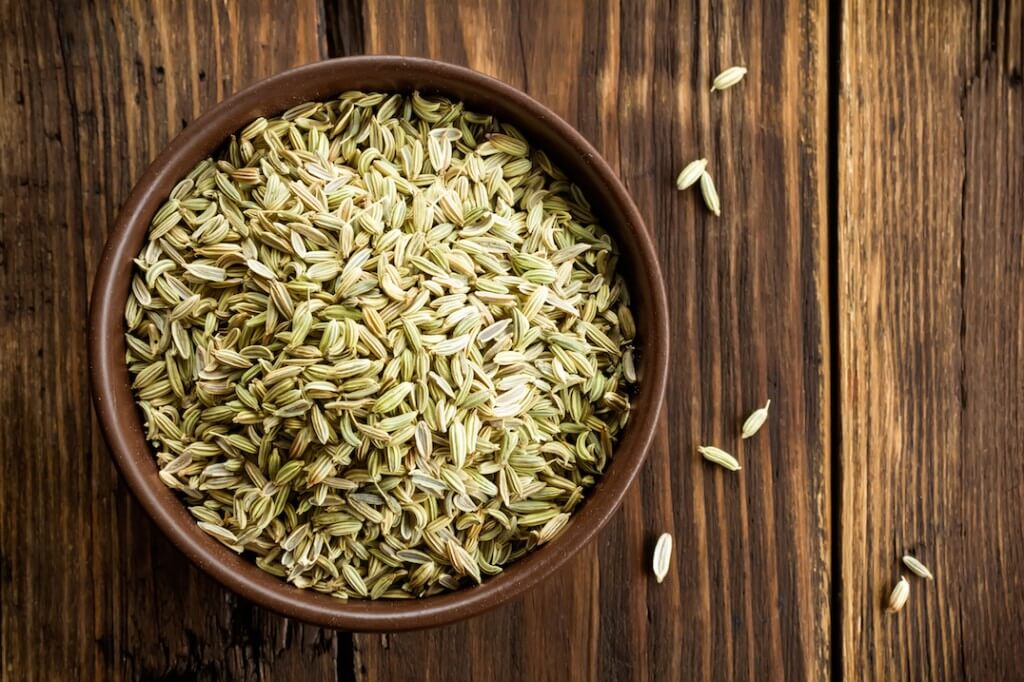 Fennel is a perennial flowering plant that is related to parsley. While the root and stalk can be cooked as vegetables, the seeds are a popular spice. Throughout history, fennel seeds have been used in various dishes as well as to freshen the breath after a meal. Fennel is especially popular in French and Italian cooking but it is also a common spice in Indian and North African cuisine. In addition, it is one of the more pronounced flavors in Chinese five-spice powder. The flavor of fennel seeds is often described as being mild and sweet as well as being similar to that of anise or licorice.

Fennel seeds are often greenish or yellowish-brown and oval in shape. They are traditionally used in pasta sauces, sausages and various pork dishes in both ground and whole form. The good news is that if you are looking for an alternative to fennel seed, you have some options.

Both fennel and anise seeds share a similar flavor profile despite coming from two different plants. Fennel’s botanical name is Foeniculum vulgare while the botanical name for anise is Pimpinella anisum. Their flavors are similar enough that they are sometimes mistaken for each other. It is important to note that anise seeds are smaller than fennel seeds but are more pungent. This means that when using anise seed as a fennel seed substitute, you can use it in an equal amount. Like fennel seeds, you can use anise seeds whole or ground.

Both fennel and anise taste very similar to licorice root, which makes it a good substitute for both of them. It can be used in both savory and sweet dishes just like anise and fennel seed.

Note that licorice root sometimes comes in the form of woody roots. If you use it in this form, you will have to steep the roots in a hot liquid and then use the liquid to flavor your dish. You can increase the intensity of flavor by steeping for a longer time or adding more licorice root to the liquid. You can also use licorice powder, which has a stronger flavor than that of fennel. When using licorice powder as a fennel seed substitute, use half a teaspoon for every teaspoon of fennel that the recipe requires.

In a pinch: Caraway seeds

These are a member of the fennel family and have a similar licorice flavor and similar appearance. It is important to note that with caraway seeds there are other flavor notes along with the licorice flavor. For starters, caraway is not as sweet as fennel and has somewhat a nutty note; however, there are rye bread recipes that can be made with either fennel seeds or caraway seeds. In many dishes, it can be an acceptable substitute.

You can opt for another member of the Apiaceae family if you do not have anise seeds, licorice, or caraway seeds at hand. Dill seeds are yet another fennel relative that can work as a substitute. Dill seeds have a flavor similar to that of caraway seeds and can be used in much the same way. Note that like caraway seeds, they are not as flavorful as fennel or anise seeds. You should also consider using finely chopped fennel leaves as a substitute for the seeds in some dishes, though this may not be suitable for all applications.