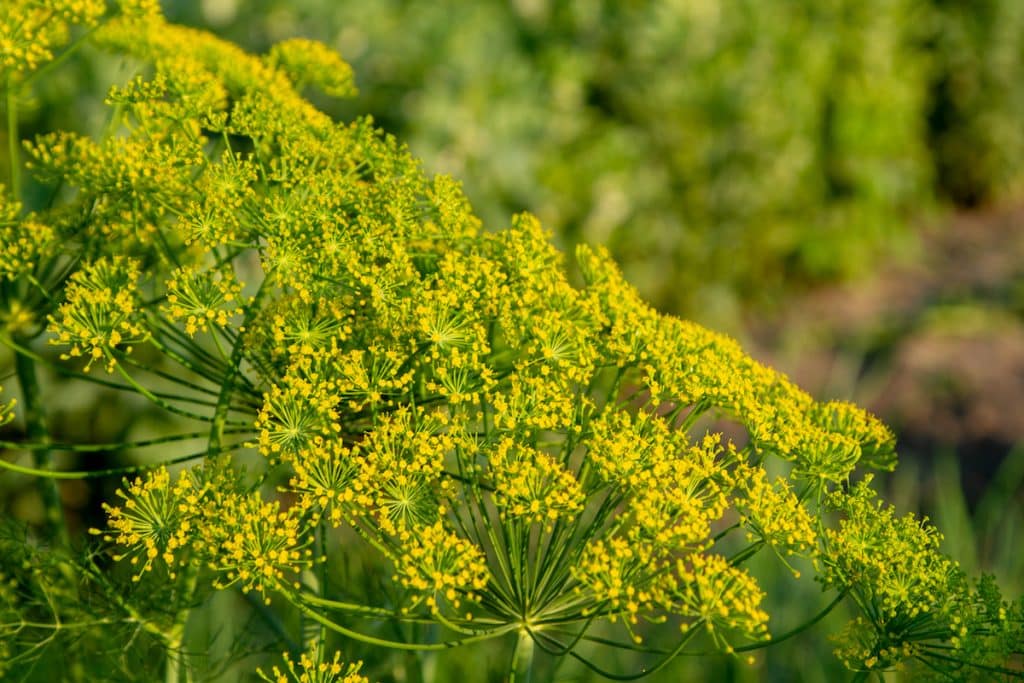 Fennel pollen is one of those spices that has acquired a certain amount of trendiness among serious foodies despite still being somewhat obscure. Its price and the fact that it is not found in the spice aisles of most supermarkets are a couple of the reasons. Try one of the fennel pollen substitutes below if you want to want the flavor but can’t find or afford the spice.

The best way to get the flavor of fennel pollen — or the closest thing to it — is to use another spice harvested from the same plant. Both fennel seeds and fennel pollen are used for the same reason: to provide a licorice note. Fennel pollen does this far more efficiently since you need to use only a small amount of it to get a rich and pungent licorice note. You get a version of the same flavor from fennel seeds, but it is not quite as intense. The upside of using fennel seed as a fennel pollen replacement is that you get a similar flavor for a far lower cost. Fennel pollen is one of the world’s most expensive spices.

The downside of fennel seed is that it consists of seeds rather than pollen. Seeds are more fibrous. You can get rid of some of the fiber by grinding your own seeds and sifting them. Buying whole seeds and grinding them just before you use them also ensures that you get the brightest possible flavor. Sifting the ground seeds allows you to get only the finest particles, thus making the ground fennel seed more like fennel pollen.

You will need to make up for the fact that fennel seed has a milder flavor. Use ground fennel seed as a 2:1 substitute for fennel pollen. Use 2 parts to every one part fennel pollen required in your recipe.

Anise seed is yet another spice renowned for its licorice flavor. While fennel pollen and anise seed do come from different plants, their flavor profiles are similar enough that many consider them to be interchangeable. In some places, the fennel herb is even (incorrectly) referred to as anise. Anise seed is widely considered to be sweeter and more pungent than fennel seed, but not fennel pollen. Even though you can use fennel pollen in sweet or savory applications, anise is the one that shows up in the most desserts. Anise seed is intense, but still not quite as intense as fennel pollen. As with fennel seed, you will want to purchase anise seed whole and grind it yourself to ensure that you are getting the freshest product possible. You will also want to sift it to remove any fibers. Anise seed has the benefit of being easier to find and less expensive than fennel pollen.

When using it as a fennel pollen substitute, start out with ground anise seed as a 1:1 substitute and increase to taste.

In a pinch: Fennel fronds

The fronds of the fennel plant are the green feather-like tendrils that comprise the tops of the fennel plant. This is the part of the plant that will eventually flower and produce the fennel pollen. Fennel fronds have the mildest flavor of all the fennel pollen substitutes on this list; however, they may be the easiest of them to find. Fennel fronds are also likely to be quite affordable. Because they come from the same plant, you will get the same flavor profile but it will be milder and more herbaceous. In order to use fennel fronds as a substitute for fennel pollen, you will have to finely chop them and add them at the end of the cooking time. Like most fresh herbs, fennel fronds do not hold up well when cooked for a long time.

Use two parts of finely chopped fennel fronds for every one part of fennel pollen in your recipe and increase to taste.

Dill seeds and caraway seeds both have a licorice note but in different degrees and accompanied by different flavors. They may work well in some applications that require fennel pollen but not all.