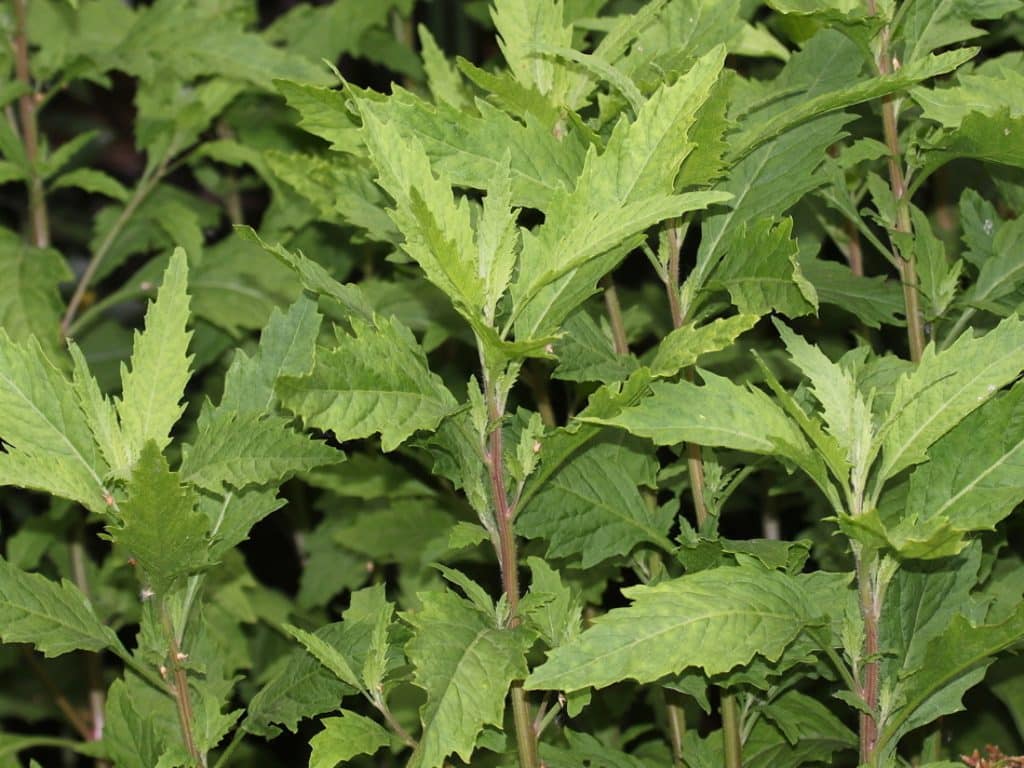 Epazote is a Mexican herb with a long history of use by both Aztecs and Mayans. In both food cultures, it was primarily a medicinal herb. Today, you may see it as one of the ingredients in some Mexican recipes; in particular, recipes from Yucatan. It is rarely used outside of Mexico, which means that you may not be able to find it in many Latin markets.

Aside from the fact that culinary epazote may not be available in all locations, other reasons that you may need a substitute include its pungency and the fact that it can be toxic. The aroma and flavor may not be to everyone’s liking and it contains a toxin called chenopodium that can have negative health effects in large doses. Consider the options below when seeking viable epazote substitutes.

Cilantro is another herb used in Mexican cuisine. It is similar to epazote in that its flavor is somewhat controversial; some people consider it to be soapy. Nonetheless, it is considerably more popular than epazote. Keep in mind that epazote has alternative names like skunkweed and stinkweed. Cilantro is considered an acceptable substitute for epazote even in Mexico.

Cilantro is also much easier to find; you will be able to find it fresh in the produce sections of most grocery stores in the US and dried in the spice aisle. Cilantro’s flavor is considerably different from the epazote flavor aside from some slight citrus undertones that you may find in both herbs. Even so, it should complement most of the dishes in which epazote would be used.

When using cilantro as an epazote substitute, keep in mind that one of the main reasons epazote is used in dishes is its carminative effect. It can help to prevent many of the effects that beans have on the digestive system, including intestinal gas. You will not get this benefit from cilantro.

Add cilantro as a 1:1 substitute for epazote.

The fennel herb is not normally associated with Mexican food, but one of epazote’s strongest flavor notes is similar to the flavor of licorice. This flavor note is a relatively common one and fennel is famous for it. Another important factor to consider is that fennel’s flavor is less aggressive and is thus more likely to be perceived pleasant to anyone unfamiliar with epazote. A third benefit is that fennel has carminative benefits, just like epazote.

You can try fennel as a 1:1 epazote substitute and adjust the amount to taste if necessary.

In a pinch: Mexican oregano

Mexican oregano is arguably the second most popular herb used in Mexican and Tex-Mex cuisine. Like both epazote and cilantro, Mexican oregano provides citrus notes along with its main flavor. That main flavor is quite different from the flavor of epazote, but is still a great savory seasoning that should work in most dishes that require epazote. The fact that it is a Mexican herb also means that the flavor is authentic and will not be out of place in most of the recipes that use epazote.

Use fresh Mexican oregano as a 1:1 substitute for fresh epazote.

Lemon verbena is native to South America and can provide the lemony component of epazote’s flavor profile. Lemon verbena can work in most of the applications that require epazote. Note that lemon verbena is primarily used as a tea herb in Mexico.