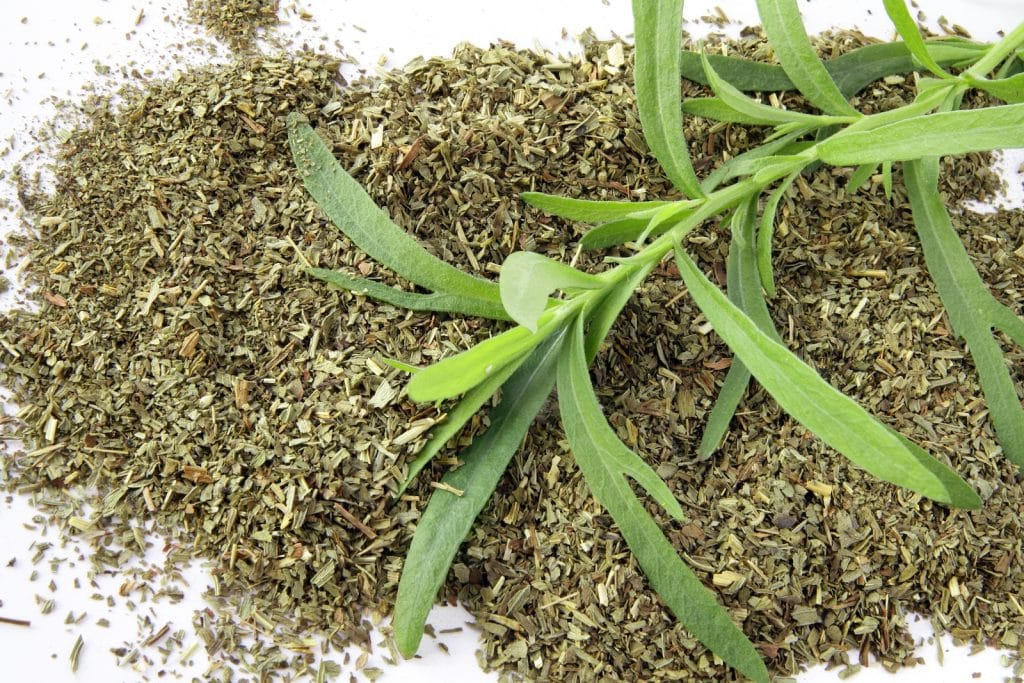 Tarragon is often described by French chefs as the king of herbs and is widely used in French cooking; in fact, it is one of the major French fines herbes. Keep in mind that there are two main varieties of this herb: French and Russian. Most cooks agree that the French version is the only worthwhile one as far as cooking is concerned and this is the one required in most recipes, even if the ingredients list only mentions tarragon.

This herb offers a unique flavor that is changed by the drying process. While it may seem that not a lot would change simply by removing moisture, dried tarragon has significantly different properties from the fresh variety. In the SPICEography Showdown below, we will take a look at what sets these two forms of the same herb apart.

How does dried tarragon differ from fresh tarragon?

The difference in flavor concentration is one area that you will need to consider when comparing dried and fresh tarragon. Like many herbs, the flavor of dried tarragon is simplified and concentrated by the removal of water. You will need to use less of it to achieve a strong flavor.

Shelf life and storage methods are two more important factors to consider when comparing dried and fresh seasonings. Dried tarragon has a significantly longer shelf life when you compare it to the fresh variety. Because of the risk of spoilage, it is necessary to save fresh tarragon in the refrigerator or freezer when you want to preserve it.

Dried tarragon does not need to be refrigerated; however, it is best to store it away from light and in an airtight container. Note that many chefs do not believe in using dried tarragon at all since drying removes much of the complexity that sets this herb apart. Dried tarragon should only be used if there are no other options.

You may have an easier time finding dried tarragon in grocery stores than you would fresh tarragon. This is partly because of the differences in shelf life between these two forms of the same herb.

Can you use dried tarragon in place of fresh tarragon and vice versa?

While both provide similar flavors, you cannot simply switch them out in every dish. Consider the fact that dried tarragon is a longer lasting version of the herb and as with most other herbs in the mint family, the dried version is best reserved for braised dishes. Dried tarragon can stand up better to long cooking times even though it lacks much of the flavors that you would get when the herb is fresh.

Reserve the fresh herb for preparations that will either not be cooked at all or that will be only be cooked for a short time. Most of the classic uses for tarragon involve the fresh herb, which means that you will get different results if you replace it with dried tarragon.