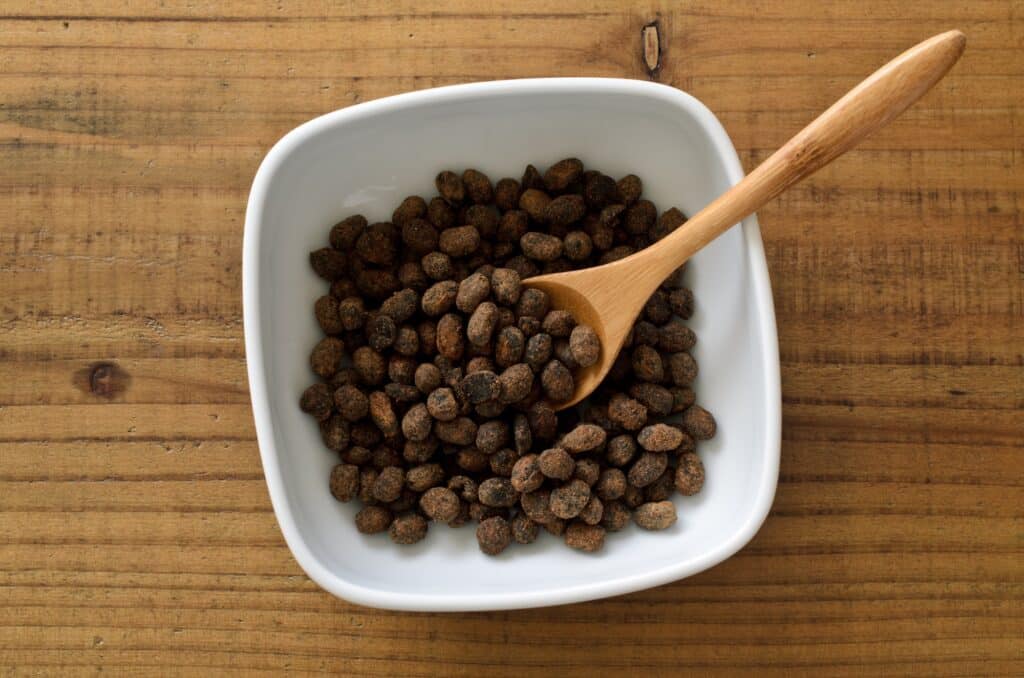 Douchi is a Chinese seasoning paste that consists mostly of fermented soybeans. It is sometimes labeled in English as fermented black beans. In some places, you may see douchi written out as dou-chi. It’s one of the more heavily used seasonings in Sichuan cooking. Douchi is right up there with doubanjiang in terms of the number of dishes that require it.

This is a truly ancient ingredient. It is one of the oldest soy food products for which there is historical documentation. Evidence from archeological excavations suggests that fermented soybeans have been around since the Han Dynasty (206BC-220CE). Other documents suggest that it may have existed even before that era.

Douchi is mentioned in the historical records of the famous historian Sima Qian who died in 85 BC.

These days, many cooks in China make douchi at home.

Douchi started showing up in Western media as early as 1900 when it was mentioned by the New York Times. Over the next century, more and more people outside of China became aware of its properties until it has now become one of the more familiar Chinese ingredients all over the world, including the West.

One of the most striking characteristics of douchi is its smell. Fermented black soybeans are known for having a pungent aroma that might seem deeply unpleasant to westerners. They may smell spoiled to those who are unfamiliar with the seasoning, in much the same way that certain cheeses can smell particularly rancid. When used properly, they bring an intense umami quality to food similar to that provided by fish sauce and MSG. Their strong saltiness means that they may also be used to replace some or all of the salt in a dish.

Because of its soybean content and the fact that it is a fermented food, douchi contains an impressive set of nutrients that includes:

Douchi as a part of your diet may help with the treatment and prevention of health problems like:

One of the main ingredients in douchi is salt, which is known for its negative effects on blood pressure. Too much salt in your diet can raise blood pressure and thus increase the risk of strokes and other serious health problems.

Because of its powerful flavor profile, douchi often shows up alongside other intense seasonings. It is commonly used in dishes that feature chili peppers, garlic, and ginger. Douchi is used alongside doubanjiang in mapo tofu and twice-cooked pork, two Sichuan classics. Other applications for douchi include steamed pork ribs and fish.