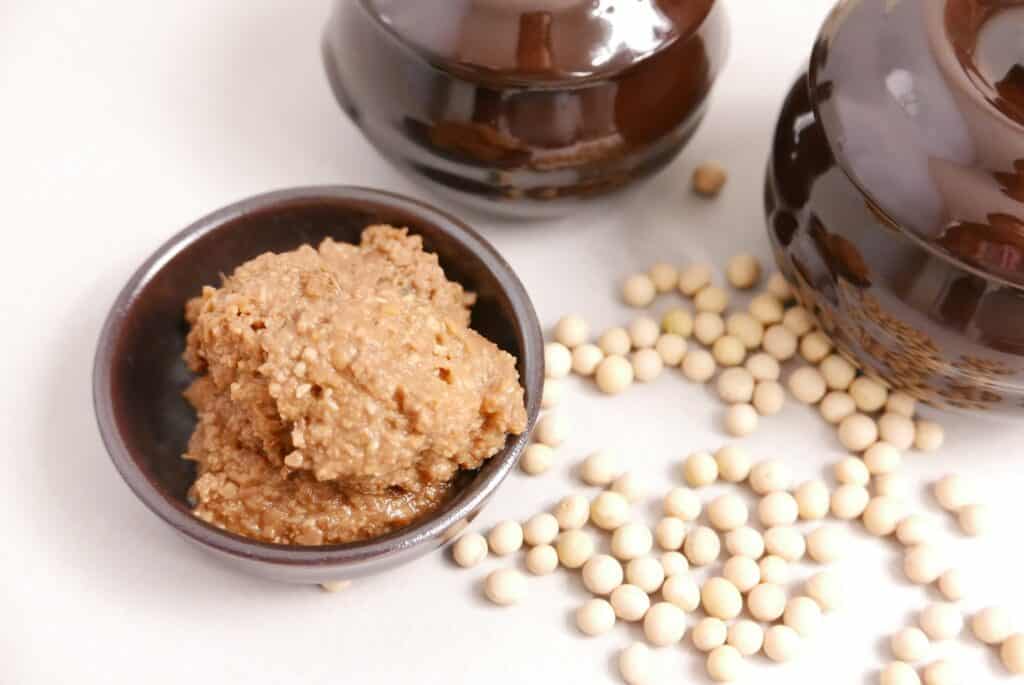 Doenjang is a staple of Korean cooking and is responsible for that cuisine’s distinctive umami flavor. It is an essential ingredient that is difficult to replace. If you have no way to get some and need it in a hurry, here are some doenjang substitutes that you can try.

Basic miso is an ancient fermented soybean paste, which places it in the same category as doenjang. The soybeans are fermented with a mold (koji) that gets added to rice or barley. Some commercial versions of doenjang are made with koji. The fermentation process for miso can take weeks or years as the koji and various microorganisms in the environment break the soybeans down. The difference is that there is no starter with traditional doenjang, just soybeans and salt. The longer miso ferments, the more complex its flavor profile becomes.

There are three different kinds of miso: red, white, and mixed. When using miso as a doenjang substitute, it is best to go with the red. Miso is more familiar to people in the West so it will be easier to find when compared to the relatively obscure doenjang.

Miso’s flavor profile won’t be the same as the doenjang flavor. It will usually have a sweeter taste because of the grain added, which means that it may not be the ideal substitute for all dishes that require doenjang.

The fact that gochujang’s flavor profile is dominated by chili peppers means that it won’t be the right substitute for some dishes where a spicy flavor might be out of place.

In a pinch: Doubanjiang

One of the key ingredients in various Chinese dishes, doubanjiang is a paste made with fermented soybeans and other ingredients that has some of the same properties as doenjang. Doubanjiang has the same effect on dishes that doenjang is supposed to have.

The best-known form of doubanjiang is called Pixian doubanjiang, which has a complex flavor profile due to its long fermentation time. It can be fermented for as long as three years. You will want to avoid using la doubanjiang, which is the spicy version and is not a good substitute for regular unseasoned doenjang. Note also that doubanjiang is saltier than doenjang, so you may need to adjust the salt in your recipe when using it as a substitute.

Korean soy sauce is a byproduct of the soy fermentation process. When the meju from which doenjang is made has been fermented, it separates and becomes a liquid and a solid. The solid part is the basis of doenjang, the liquid part is soy sauce. Because it has much of the same flavor profile, Korean soy sauce can sometimes be a viable doenjang substitute.

Fermented black beans have a savory and pungent fermented flavor just like doenjang and will be easier to find in many Asian grocery stores.

Making doenjang at home is a possibility but is far from ideal due to the time, specialized ingredients and tools that you need to make it. Most people won’t find it to be a good substitute.