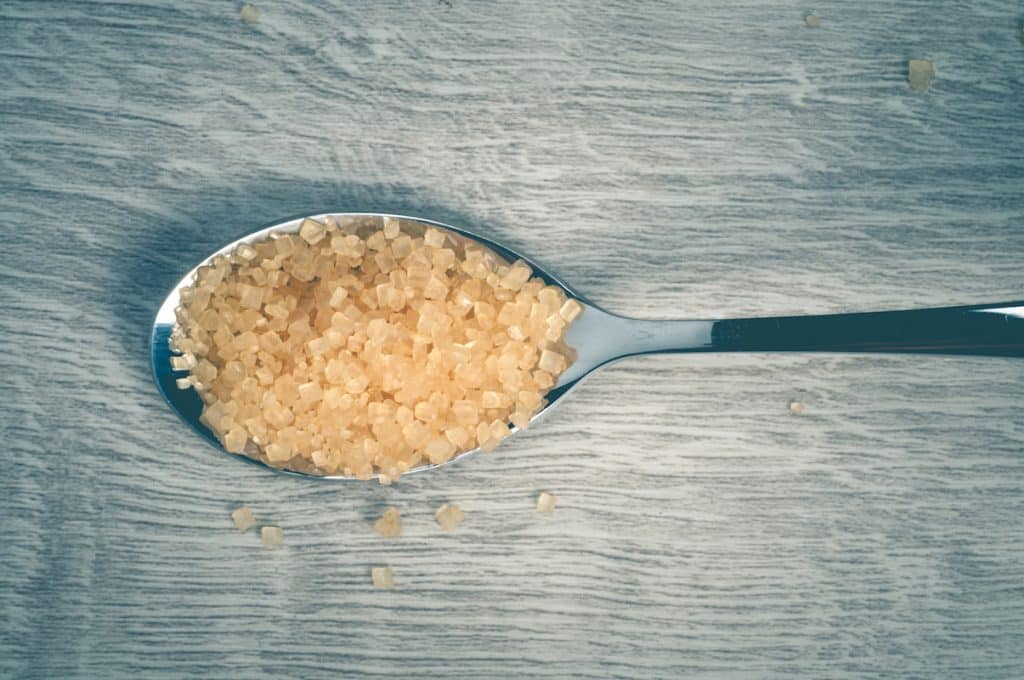 Demerara sugar is named after the province in Guyana in which it was first made. While it still bears the Demerara name, it now refers to a type of sugar and does not necessarily indicate sugar made in Demerara.

Sugar production in Guyana began in the mid-1600s while the colony was still under Dutch control. The progress of this new industry was slow at first, mostly because of fighting between the major European nations over their New World colonies. Portugal, Britain, and Spain were all caught up in a cycle of squabbles over territory that left settlers unable to put down roots for very long in one place.

By the end of the 18th century, there were more than 100 sugar plantations along the Demerara river. In the middle of the 19th century, the British took control of Demerara and sugar production significantly increased under them.

In the early 19th century, sugar producers began using the vacuum pan in Demerara. The vacuum pan was a new tool for shortening the time it took to refine sugar. It also had the benefit of increasing the yield from sugar syrup. The purpose of the vacuum pan was to evaporate the liquid, which resulted in sugar crystallizing at a lower temperature. The sugar syrup was heated to a temperature not exceeding 155 degrees Fahrenheit.

Once the sugar granulated, it was placed into a curing box and the air was drawn out of the box thus creating a vacuum. The vacuum forced the molasses from the crystals while also making them large and giving them a beige color. This process would not be used in the United States until the middle of the 19th century.

Today, Demerara continues to be identified more with European culinary use than with American; however, it has become better known in the US and is gradually becoming more popular.

Demerara sugar is lightly centrifuged, similar to the lower level of processing that turbinado sugar undergoes. As a result, it retains a mild note that is likened to butterscotch or caramel. It is similar to the flavor of light brown sugar but subtler. Like turbinado sugar, it has larger crystals. This means that it will provide a crunch in any applications where the crystals are not dissolved. Demerara sugar typically brings more depth to dishes that you would get from refined white sugar.

Demerara is a sugar, which means that it is a carbohydrate that can provide energy in short bursts. That is its main health benefit. Like other brown sugars, it is sometimes marketed as being healthier than refined white sugar. That is not really the case as it consists almost entirely of sucrose, much like white sugar. It contains a small amount of natural molasses, which means that it also contains the minerals in the molasses and its nutrients. It does contain very small amounts of certain minerals, but not enough to be of any real benefit. This means that the nutrients in Demerara sugar will not play much of a role in helping to treat or prevent any diseases or health conditions, aside from low blood sugar.

Most of the traditional uses for Demerara sugar are British. Traditionally, British cooks have used it as a topping for cakes and biscuits (cookies) as well as a sweetener for beverages like coffee and tea. It can be a good brown sugar alternative in oatmeal cookies and other desserts.