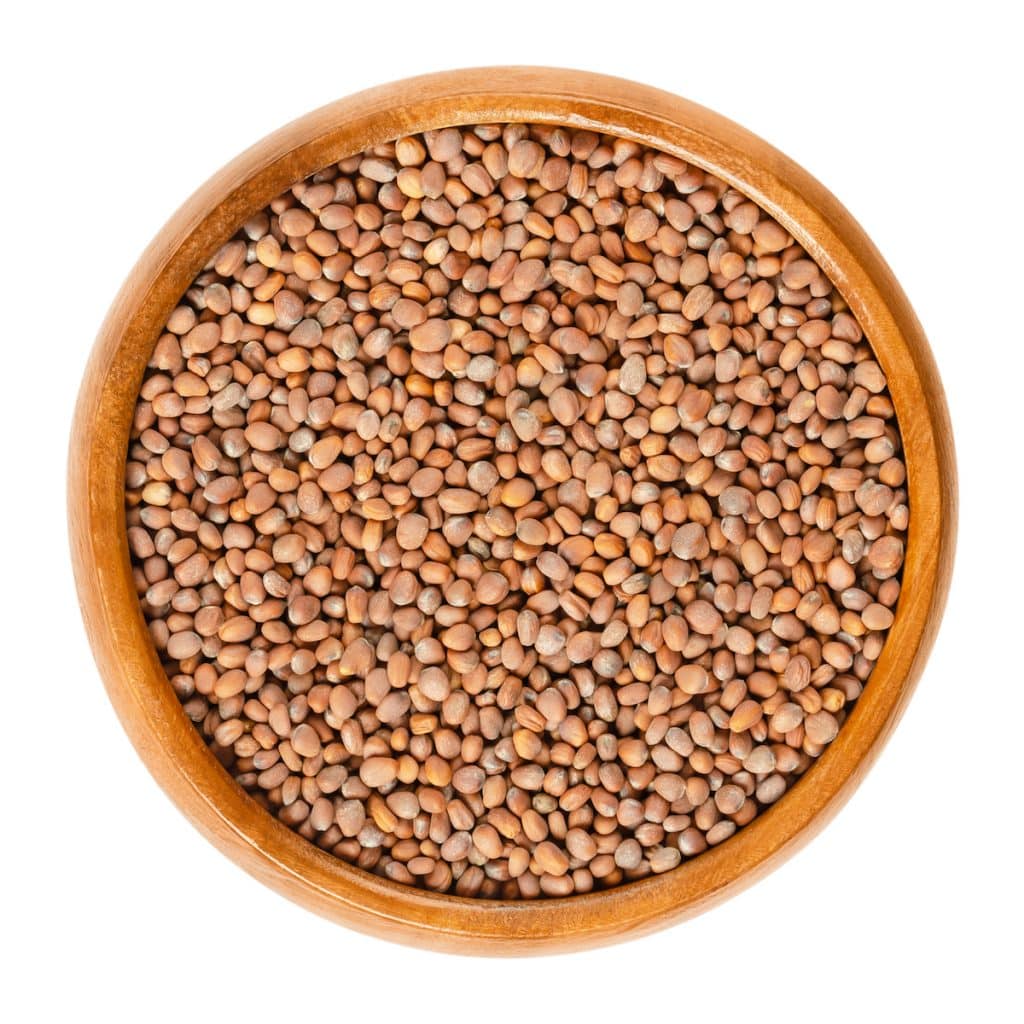 Daikon radish seeds come from the daikon plant, which is a winter radish with a mild flavor. Its name translates from the Japanese for big root. Most of the world’s daikon supply is cultivated in Japan and is consumed there as well, though the root vegetable is eaten all over Asia.

Historians believe that daikon radishes most likely originated in the Mediterranean region but that they reached Japan somewhere in the 300-400 AD period. The daikon root is ubiquitous in Japanese cooking; it is common to see it grated and used as a condiment on raw, oily fish like mackerel.

Daikon became an important part of the Japanese diet in the Edo period. It is said that daikon cultivation has saved the Japanese people from famine many times. Daikon radish seeds have a long history of use as well. They are used both as a condiment and as a medicine. The seeds have long been known to yield an oil that may be applied topically and which has healing effects.

Daikon radish seeds are crunchy and have a slightly nutty flavor with a peppery quality that makes them a great addition to salads and other vegetable preparations. The peppery note is similar to the note that you get from the daikon radish itself as well as from other varieties of radish. Sprouted daikon radish seeds also have this mild but lingering heat. Some people also liken the flavor of the seeds to that of wheat in terms of its nuttiness.

Daikon seeds are believed to have many of the same health benefits as the root itself. While there is not much documentation on the nutritional value of daikon radish seeds, the few sources that do exist claim that it is a good source of these nutrients:

Daikon radish seeds have a long history of use for health, especially in Japan. They may be beneficial for treating or preventing health problems like:

Often, the seeds will be used to make an extract or tincture to treat the problems above.

In addition to using daikon radish seeds as a spice, you can sprout them and use the sprouts in your food. Daikon seeds can be eaten by themselves as a snack similar to nuts or sunflower seeds, or you can sprinkle them onto loaves of bread in the same way that you might use sesame or poppy seeds. Daikon radish seeds can also be used for garnishing soups and salads.