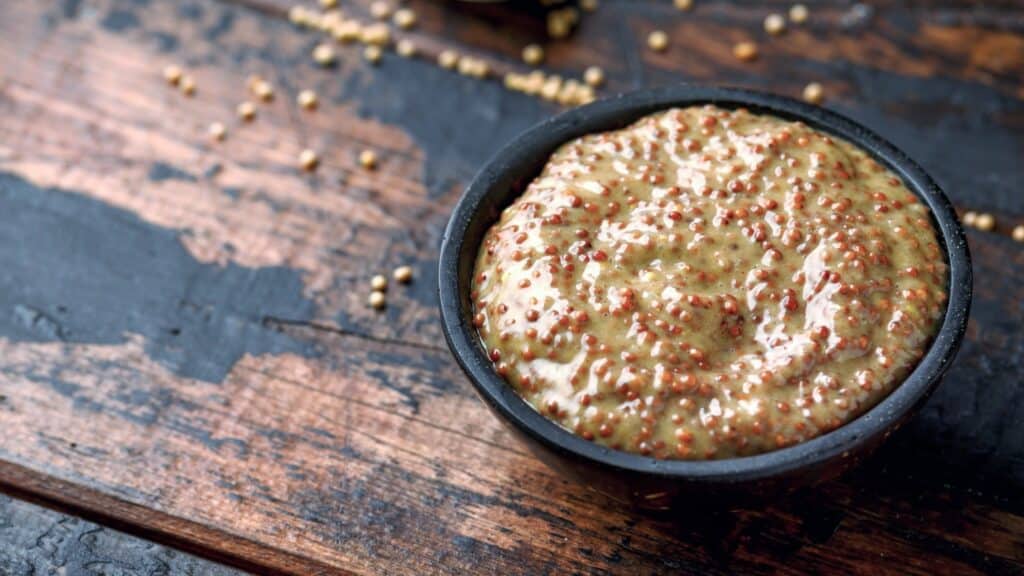 Creole mustard originated in New Orleans, Louisiana. Mustard was introduced to New Orleans by a German named Wolff, according to Emile Zatarain. In an interview, Zatarain said that Wolff used to sell his mustard door to door. Zatarain further states that the first mass-produced Creole mustard was branded Ginard or Guinard. Most likely, he was referring to Ginart’s mustard, owned by James Ginart. Ginart may also have trademarked Creole mustard.

James Ginart’s Creole mustard factory was taken over by someone named Erath. A Chas Erath created his popular Red Hot Creole Pepper sauce in 1916. This is most likely the same person who took over the Ginart production facilities.

Emile Zatarain began producing Creole mustard at the end of the 19th century. This was shortly after getting a patent for his first product, which had been root beer. Zatarain’s Creole mustard had already been available on grocery store shelves for several years by the time George French’s yellow mustard started making waves as a hotdog condiment.

Creole mustard is usually made with brown mustard seeds along with horseradish, which accounts for the fact that it is often quite hot. While most Creole mustard is hot, there are some mild versions. It has a lot in common with France’s Dijon mustard but is more acidic because of the white vinegar used to make it.

Creole mustard is not typically marketed as a healthy condiment, but it does have some important benefits. Those benefits come from nutrients like:

The nutrients in Creole mustard can help to prevent health problems like:

The only real health concern that comes with Creole mustard is the fact that it contains a lot of salt per serving. As a result, consuming too much Creole mustard can lead to taking in too much salt, and this can cause or exacerbate health problems like high blood pressure.

You can use creole mustard in place of any other spicy mustard, but its best-known use is as a condiment for the po’boy, the iconic New Orleans sandwich. It is also one of the main ingredients in New Orleans-style remoulade sauce.