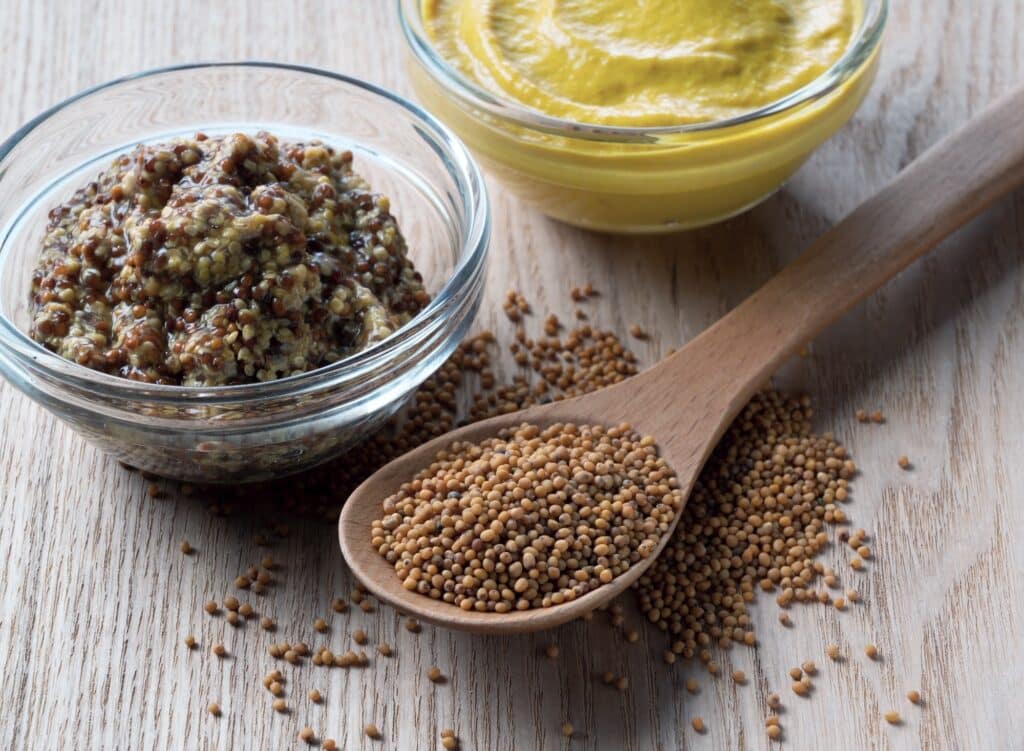 Creole mustard is the classic New Orleans condiment that you will see used on po’boy sandwiches and other foods associated with the Big Easy. For many people, it is an essential ingredient, but it’s not as difficult to replace as you might think. Here are some of the best Creole mustard substitutes available.

Your best bet: Make your own Creole mustard

If you happen to be out of commercial Creole mustard, you can make some yourself as long as you have the right ingredients. Making your own Creole mustard allows you to get the benefit of the freshest ingredients with the most flavor possible. The most important element will be brown mustard seeds. You will also need horseradish to contribute to that distinctive kick. Creole mustard is known for its spiciness and complex flavor, so a little cayenne pepper and some allspice wouldn’t be out of place either.

The acidic component of this prepared mustard will typically come in the form of vinegar. A traditional vinegar for Creole mustard is distilled white vinegar. Along with enhancing the flavor, the vinegar’s acidity also helps to limit the heat from the mustard seeds and the horseradish.

Making your own Creole mustard allows you to add more or less of it to control the heat. Ideally, you should have unground mustard seeds and whole horseradish that you will grind and grate right before making your Creole mustard. The compounds that provide the heat evaporate quickly. If possible, try to prepare them right before serving your meal.

When there is a difference in the lists of ingredients, it is usually the omission of cayenne pepper from some spicy brown mustard recipes. If this is important to you, you can simply add some to your bottled spicy brown mustard to make it as hot as Creole mustard.

In a pinch: Dijon mustard

While Creole mustard appears to have a German heritage, it does have a lot in common with French mustards. In particular, it is similar to Dijon mustard. Considered by many to be the best example of French mustard, Dijon mustard has been around since the mid-19th century. Dijon mustard is affordable and easy to find in many places.

Hot mustard is primarily associated with Chinese cooking, but it has a few elements in common with Creole mustard. It is similarly pungent because it is often made with the same brown mustard seeds used in Creole mustard.