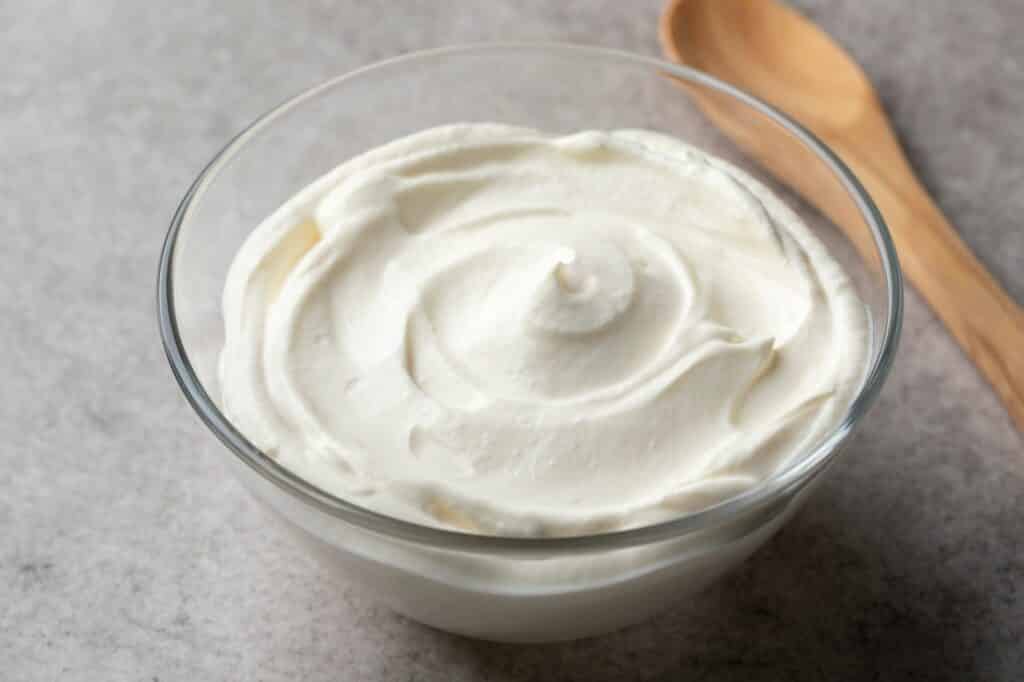 Crème fraiche is a cultured cream that originated in France’s Normandy region. The Normandy region is well-known for its dairy production. Crème fraiche from Isigny-sur-Mer — a town in Normandy — is considered among the best in the world, if not the very best.

The theory of crème fraiche’s origin is that milk left out overnight for the cream to rise to the top so that butter could be churned from it was thickened by bacteria. Along with thickening the milk, the bacteria also acidified it slightly. Recognizing the benefits of this fermentation, dairy farmers began deliberately introducing lactose-fermenting bacteria into their cream.

Crème fraiche has had Appellation D’origine Controlee status beginning in 1986, which is a certification given by the French government that designates the traditional methods and standards used for certain products. It is the only cream to have this status. Crème fraiche became a trendy product outside of France in the 1990s, and its availability in the US and UK has skyrocketed since then.

Modern crème fraiche can be fermented for up to 20 hours. There are multiple varieties, and they can vary in consistency and fat content. Some kinds are liquid, others are thick and dense, similar to double cream. Some dairy producers artificially thicken their crème fraiche as opposed to using bacteria to thicken it. The breed of cow that produces the milk used to make crème fraiche can also affect the product’s characteristics.

Crème fraiche is mildly sour while also being intensely thick and creamy because of all the milkfat it contains. The flavor of crème fraiche can also vary depending on the type of bacteria used to ferment the cream.

Creme fraiche does not contain high levels of any important nutrient, but it can provide you with modest amounts of a few like:

If you use crème fraiche as a part of your diet, you may be able to treat or prevent the following ailments:

The high level of saturated fat in crème fraiche might be cause for concern since many people believe that saturated fat contributes to high cholesterol and heart disease. There are recent studies that show otherwise, but it is still a good idea to exercise moderation.

Crème fraiche is commonly used in cooking because, unlike regular cream, it won’t curdle when boiled. Popular ways to use it include as the creamy element and as a thickener in soups and pan sauces. Use it to replace sour cream, heavy cream, or butter. It can even work as a substitute for cream cheese.

For example, you can serve it with smoked salmon or in place of sour cream in Hungarian goulash. You can use crème fraiche in your desserts as well. It is an excellent topping for berries and other fruit. It’s good on pies and breakfast items like pancakes and waffles.