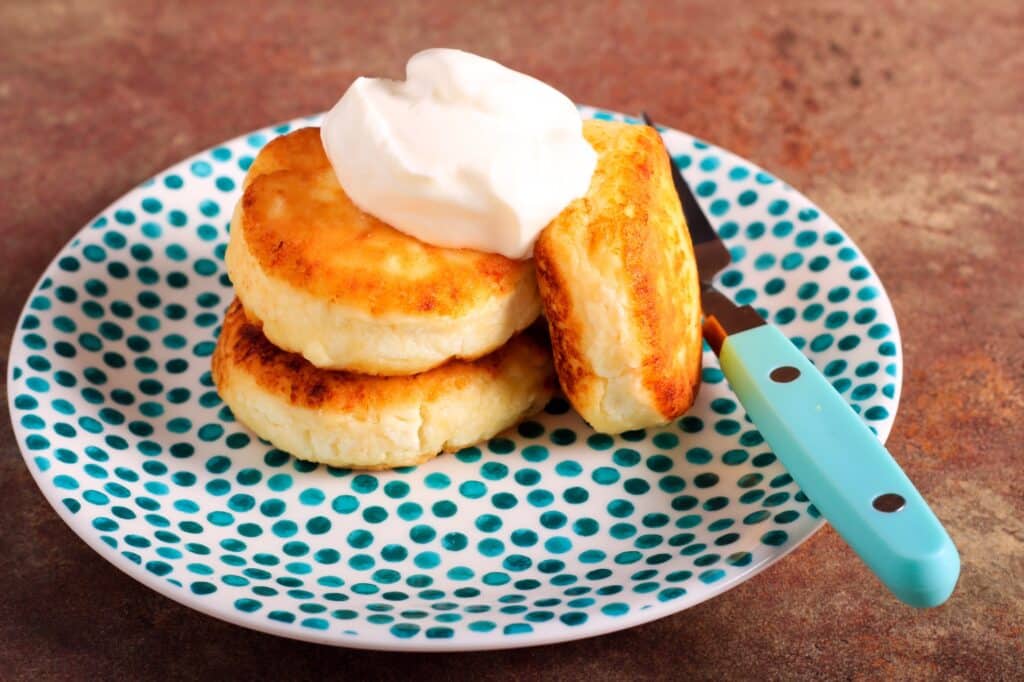 Crème fraiche and clotted cream are two classic dairy products used as spreads and garnishes for many savory and sweet dishes. You can use either one to provide richness and body in some recipes, but you can’t always switch them out. Learn more about how they compare in the SPICEography Showdown below.

How does crème fraiche differ from clotted cream?

Crème fraiche and clotted cream are made in different ways. To make crème fresh, the cream is cultured using bacteria. Clotted cream has no bacteria added, but it is altered by heating it until it gets a kind of crust, and then it is cooled down quickly. The use of heat thickens the cream.

Like other cultured dairy products — yogurt and buttermilk, for example — crème fraiche has a sour flavor profile. The sourness gives it a distinctive taste that is very different from that of clotted cream. Clotted cream has a nutty flavor profile (from being heated) to go along with its buttery richness. It is richer and more buttery-tasting than crème fraiche.

Because it is cultured, crème fraiche has bacteria that can be valuable for gut health. Clotted cream is not cultured, so it does not contain the same kinds of bacteria. Another area in which these two dairy products differ is in the area of calories. Crème fraiche has fewer calories compared to clotted cream, which has almost twice the calories for the same serving size.

You can use crème fraiche as a clotted cream substitute, but it will be a better fit for some recipes than others. For example, it is an effective clotted cream replacement as a topping for fruit and baked goods but may not be suitable for cake frosting. It has a similar thickness and creaminess to that of clotted cream, so it will work in that respect, but it is also tangy from being cultured, and the tangy notes may not be a good fit in all dishes.

Use crème fraiche for soups and sauces where you need a creamy element and a thickener. You can use crème fraiche in these applications because you can boil it with no risk of it curdling. Crème fraiche is also excellent in scrambled eggs, salad dressings and as a topping. Clotted cream is traditionally used as a spread for scones and Devonshire splits where it is usually paired with jam, but you can use it alone on fruit. It’s great on waffles and pancakes and makes a good cake frosting.