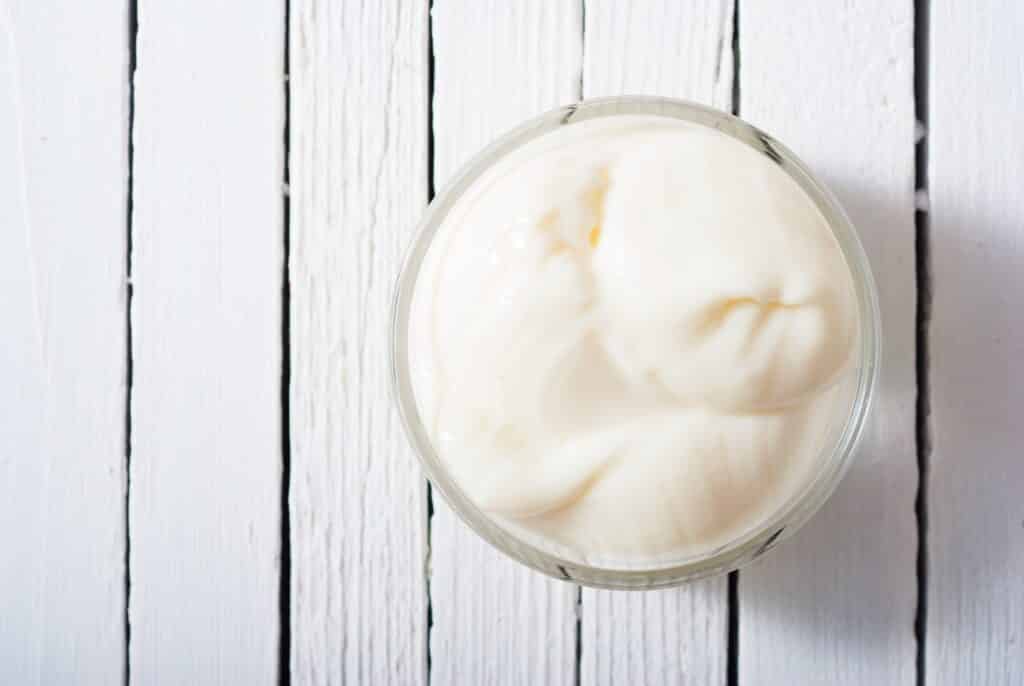 Crème fraîche is a cultured dairy product from Normandy in France that you will need if you plan to cook certain French dishes. It is versatile enough to be used in other types of cooking as well, since it can play the same role as heavy cream or sour cream. If you want a lightly sour richness in your dishes but don’t have any crème fraiche nearby, here are some of the best substitutes.

The simplest crème fraiche substitute is made up of items that you may already have in your refrigerator. One of them is buttermilk, which is a common baking ingredient used in biscuits, and the other is heavy cream. Buttermilk is a cultured dairy product similar to kefir. It is the milk that remains after the cream has been churned to make butter. It will provide the acidity that you would get from crème fraiche. The heavy cream will provide a strong richness and thick consistency.

You will need to mix a small amount of the buttermilk into the heavy cream to start the fermentation process. Add roughly one tablespoon of the buttermilk to a cup of the cream and allow it to sit at room temperature for 24 hours until the cream thickens. Once it is thick, you can use it exactly as you would crème fraiche.

The downside of this homemade crème fraiche is the fact that it is not an instant substitute. You will have to prepare it ahead of time, so it might not be ideal in an emergency. For a faster replacement, try one of the solutions below.

What makes sour cream such a good crème fraiche substitute is that it is arguably the most popular cultured cream product in much of the US. Not only is it readily available, but it is affordable as well. Traditional applications for it include serving as a garnish on Americanized Mexican food and baked potatoes. It has the tart taste indicated by its name, along with a similar richness to crème fraiche. It is very thick. You can use it to create versions of most dishes that require crème fraiche.

Sour cream’s big downside as a crème fraiche substitute is that it is noticeably more sour, which means that it may stand out in some recipes that call for crème fraiche.

In a pinch: Greek yogurt

The best known acidic dairy product is yogurt, and the best kind of yogurt to stand in for crème fraiche is plain Greek Yogurt. Any kind will work, but the best type of Greek yogurt to use is full-fat Greek yogurt. While it is not quite as creamy as crème fraiche or the other substitutes on this list, it will still do a reasonable job of replicating the same set of flavors. Greek yogurt has the benefit of being equally enjoyable in savory recipes and desserts.

As the best-known Mexican cultured cream, crema provides acidity and creaminess to Mexican dishes and can work as a stand-in for crème fraiche. Note that Mexican crema is thinner than crème fraiche but not as thick as sour cream.