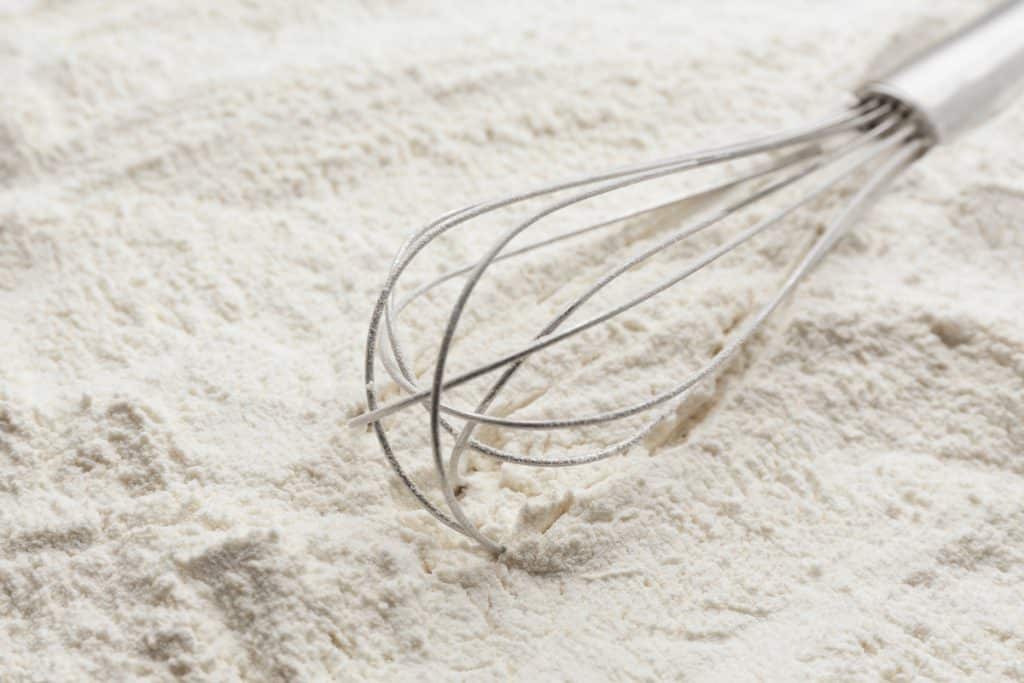 What are the differences between cream of tartar and baking powder?

The main difference between cream of tartar and baking powder has to do what makes up each of these leavening agents. Cream of tartar consists of tartaric acid, which is a wine-making byproduct. It is also called potassium bitartrate. Tartaric acid is what is left behind on the insides of wine barrels after the wine has been drained from them. Its benefits include stabilizing egg whites so that they can be whipped for longer without collapsing. The result is that your baked goods have finer air bubbles that are more evenly distributed so that the baked item will have a more refined texture. In addition, cream of tartar affects the pigments in flour to make them appear whiter. An angel food cake or meringue made with cream of tartar will have a whiter appearance than one made without it.

Can you use cream of tartar in place of baking powder or vice versa?

When using cream of tartar and baking soda in place of baking powder, add 1/4 teaspoon of cornstarch to the mix. This is especially important if you do not plan to use it immediately. Moisture is what causes the two ingredients to react and release carbon dioxide. Moisture in the air can cause them to release carbon dioxide before you need them to; the cornstarch helps to prevent this.

Add cream of tartar when whipping egg whites to make baked goods like meringues and angel food cake. It helps to stabilize the egg whites so that they are better able to hold in water and air. Its use as an egg white stabilizer is arguably the most common application for this ingredient. Cream of tartar has other applications beyond baking. It can be added to certain steamed or boiled vegetables to help them retain their color. It does this by lowering the pH in the water used to cook them. Baking powder’s main use is as an all-purpose leavening agent for everything from cakes to biscuits.