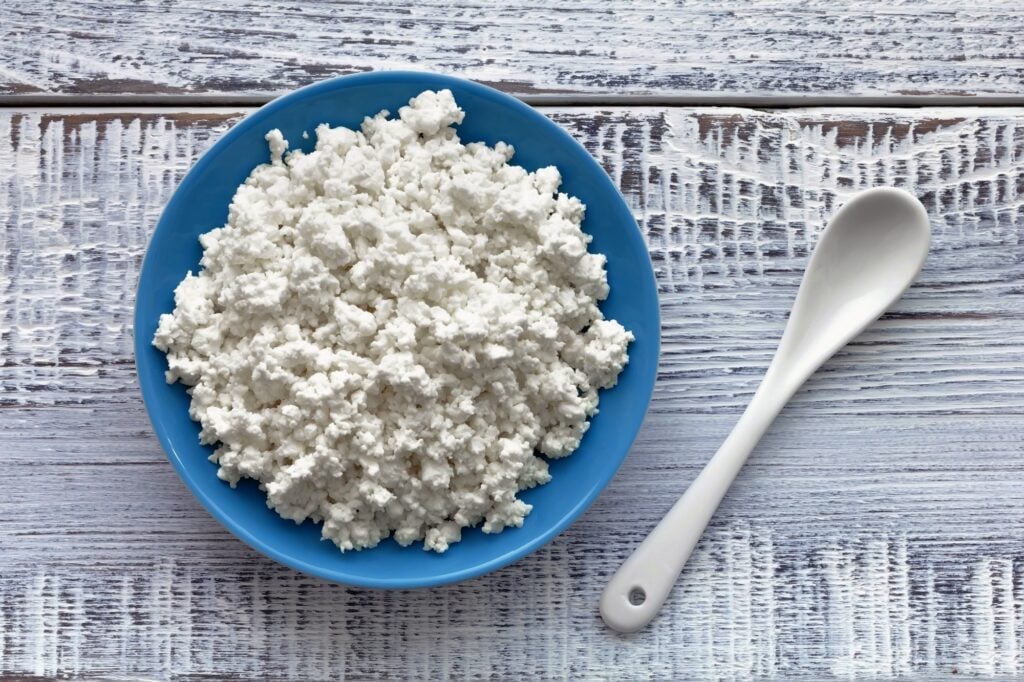 The Mesopotamians in 3000 BCE are believed to have used a version of cottage cheese. Early American settlers also made cottage cheese in their homes, which is where it gets its name. In the years immediately following World War II, a set of bacteria was identified as giving an unpleasant flavor and smell to cottage cheese. The problem was labeled the slimy curd defect. Once researchers identified the microbes, dairy producers were able to keep them and the problem they caused out of their production facilities.

Cottage cheese became trendy diet food during the 1950s. It continued to be popular in the 1960s and was even reported to be a part of Richard Nixon’s last meal before announcing his resignation.

Cottage cheese was at its most popular in the US during the 1970s when the USDA stated that the average American ate 5 pounds of it annually.

Cottage cheese consumption has declined in recent decades, especially in comparison to other dairy products like yogurt.

Cottage cheese is widely regarded among cheese-makers as a difficult product to make. It requires precision and care when handling the milk and bacteria. Cheesemakers also have to time the formation of curds.

Cottage cheese has a subtle flavor because the curds have been washed, which gets rid of acidic flavors. The main flavor profile is sweet and creamy.

While it is generally regarded as a healthy food item, the nutritional value of cottage cheese does vary depending on the kind of milk used to make it. All kinds of cottage cheese will provide you with nutrients like:

If you eat cottage cheese regularly, it may help to treat or prevent health problems like:

Traditional ways that cottage cheese has been consumed in the US include as an accompaniment for salads and fruit. You may also see it served with toast, and it may be flavored with herbs and spices.