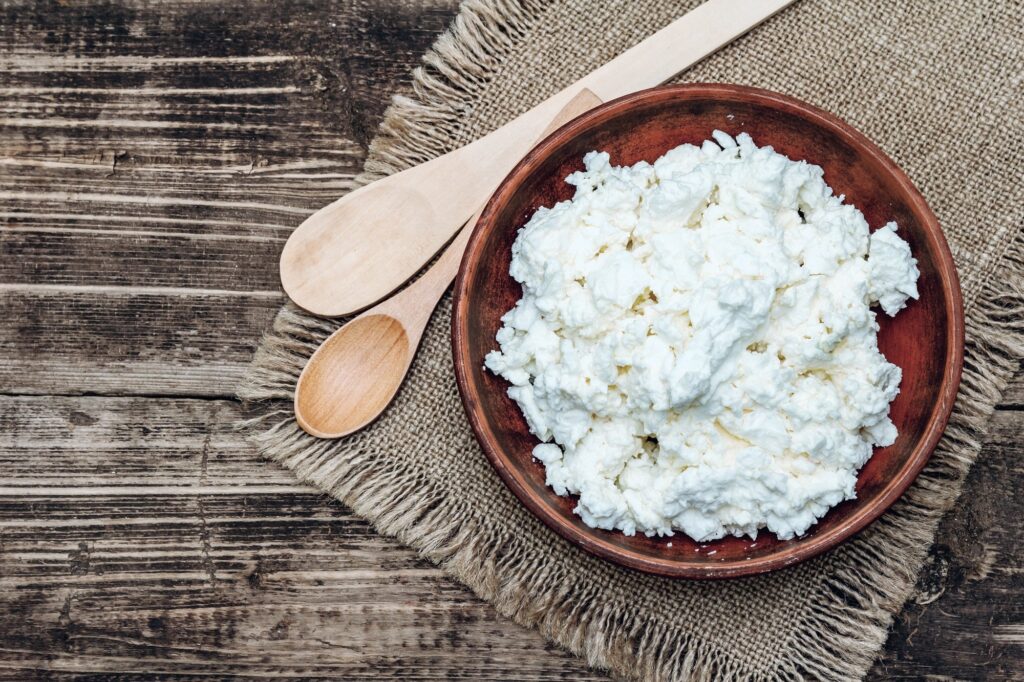 Cottage cheese is a relatively common fresh cheese with a long list of health benefits. It can be beneficial as diet food and as a source of several important nutrients. If you don’t have access to any, try one of the cottage cheese substitutes below.

Made from the remnants after making provolone and mozzarella cheeses, ricotta is a fresh cheese from Italy. Its name can be taken to mean re-cooked and the milk used to make it can come from a range of animals including goats, sheep, and cows. Ricotta cheese is best known for its use as an ingredient in lasagna, which is another dish that is also often made with cottage cheese. Its texture is similar enough to cottage cheese that you can use it in many of the same dishes. Ricotta has a similar nutritional profile to cottage cheese, so it will provide many of the same nutrients.

One downside is that Greek yogurt won’t give you as much protein as an equivalent serving of cottage cheese. The tart flavor profile is also more noticeable than that of cottage cheese, which may not be ideal for some dishes.

In a pinch: Fromage blanc

The name fromage blanc is French and translates to white cheese. This cheese from Northern France is made with cow’s milk, which may be whole or skim. Fromage blanc has a mild taste similar to that of cottage cheese. While the authentic version is difficult to find outside of France, there is an American version. The traditional applications for fromage blanc are similar to those for cottage cheese — it is common to combine it with fruit. You can use it in savory dishes by mixing it with olive oil along with herbs and spices, and you can serve it with fruit just like cottage cheese.

Queso fresco translates to fresh cheese. One of the reasons that it works as a cottage cheese substitute is that it has not been aged and has a soft, crumbly consistency paired with a mild flavor. It is only partially drained, so it has much of its whey giving it a wet consistency like that of cottage cheese. Mexican cooks sprinkle it over enchiladas and include it in quesadillas.