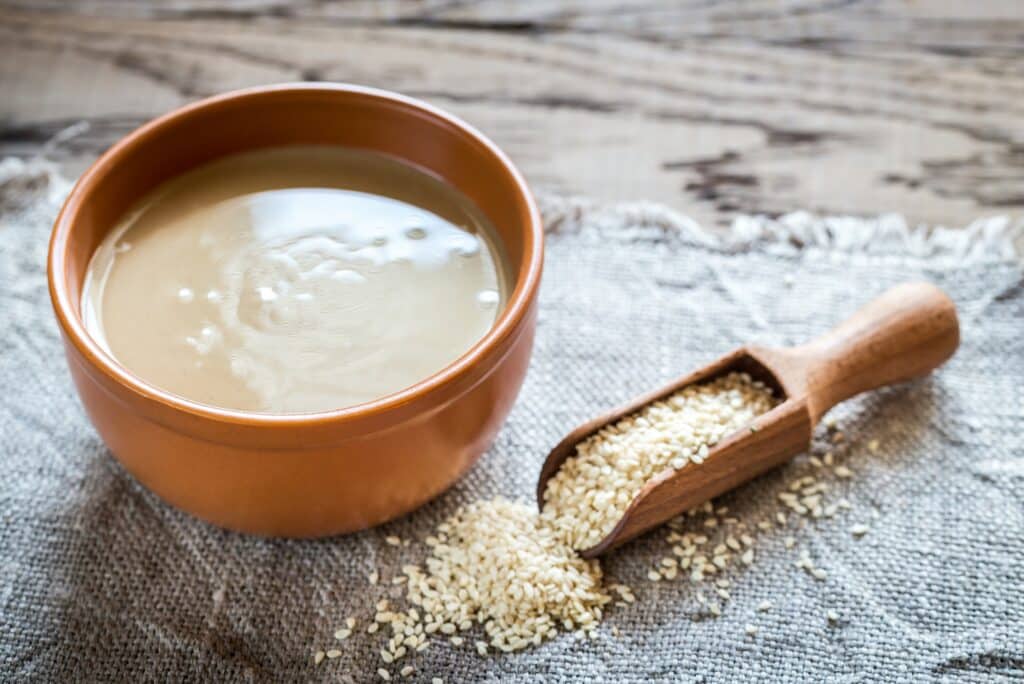 Tahini gets its name from the Arab word for grind and refers to the fact that it consists of ground sesame seeds. It is a staple ingredient in Middle Eastern cuisine and is also one of the main ingredients in hummus as well as in the candy called halvah. Tahini is versatile and forgiving, but you will still need to know how to use it to get the best results. Here are the most important dos and don’ts of cooking with tahini:

Do make tahini a source of creaminess in your vegan recipes.

Tahini contains a lot of fat, which makes it a great additive if you need a creamy mouthfeel in dishes. It is especially important if you want to use only plant-based products in your recipe.

Tahini is a great addition to everything from hot chocolate to a gravy or a cream soup. It enhances smoothness and adds a richness that can be very difficult to do without dairy or other animal-based ingredients. Tahini contains a surprising amount of carbohydrates, which enables it to act as an effective thickener. Its thickening properties also help to enhance the creamy consistency.

Do use tahini to make a salad dressing or dip.

Aside from its use in hummus, the traditional applications for tahini involve using it to make sauces or dips for vegetables. It is also used to make the most common condiment for falafel. The simple version involves adding lemon juice and some olive oil to thin it out but it can be made even more complex.

You can use it to make the Lebanese condiment called tarator sauce which involves the addition of garlic and parsley to the tahini while thinning it out with lemon juice. Tarator sauce is used on seafood and pita sandwiches.

Do add tahini to your recipes for baked goods.

Tahini is sometimes used along with butter but it is used as the sole source of fat in other recipes. The nutty flavor of sesame seeds works just as well with sweet flavors as it does with savory ones. Baking concentrates the toasted nut flavor of tahini so that it enhances the flavor of cookies and other desserts in much the same way that peanut butter can.

Do use tahini as a milk substitute.

While tahini milk might not be as well-known as cashew milk and other nut milks, it is an option if you are looking for an alternative to dairy milk. The downside is that it does not have a neutral taste. But if you like the flavor of sesame seeds, it will be a great opinion in cereals and other milk applications.

Making it is simple, just add about a cup of tahini to a blender along with 6 cups of water and blend until smooth. You can make a rich version with less water, add cocoa powder and a sweetener for a decent vegan ice cream.

Don’t add too much water to tahini when preparing it.

Adding water to tahini while whisking it is a great way to thicken it since its carbohydrates will absorb that water. However, adding too much will thin it back out again quickly.

Don’t use tahini on its own.

Tahini does provide an important background note to dishes but isn’t flavorful enough to use by itself. With no other ingredients, tahini can be one-dimensional at best or bland at worst.