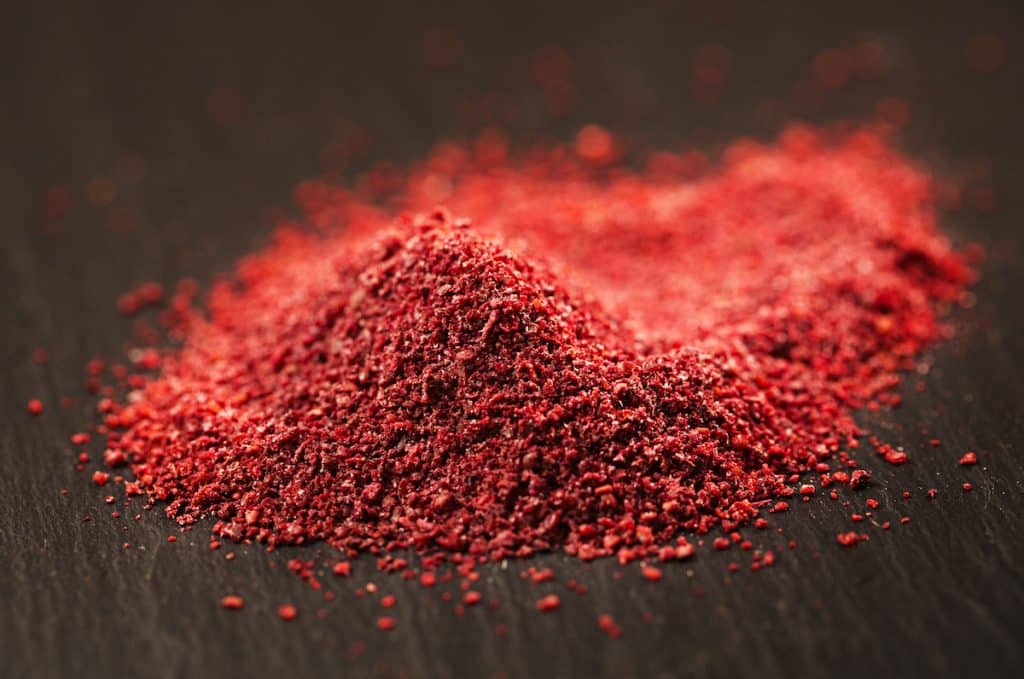 Sumac is associated mainly with Middle Eastern cooking, though there is a North American variant of the spice. Its primary function is to add a tart note to foods. The flavor of sumac is similar to lemon and other citrus fruits though some also liken its flavor to that of fresh apples. Along with the flavor, sumac gives your dishes a bright red color. Of course, it is possible to misuse this potent spice if you are unfamiliar with it. Use the following sumac dos and don’ts as a guide to using the spice appropriately.

Do use sumac as an alternative to citrus.

Using citrus fruit generally means adding liquid to your dish, which may not be a good thing in some cases. Sumac is a dry spice, which means that you will not have any extra liquid from it. For example, it can work well in a dry rub for meat that you intend to grill or smoke.

Do use sumac in traditional applications.

You don’t have to limit your use to Middle Eastern dishes, but knowing how it works in time-tested recipes can give you a feel for the spice. Sumac shines in the za’atar spice blend as well as in traditional rubs for grilled lamb and when it is sprinkled into hummus.

Do feel free to use sumac as a primary or a secondary flavor in a dish.

Sumac is versatile enough that it can play either the starring role or take a place in the background.

Do use sumac on fatty meats.

Its bright acidity can be used to cut through the fattiness of lamb, duck, and similar meats. A traditional sumac application is kebabs, which often feature fatty meats.

Do reduce the salt in your recipe when you use sumac.

In most cases, the sumac that you buy from a Middle Eastern store will contain salt. You may need to reduce any other salt going into the recipe to compensate.

You will need to keep your sumac in an airtight container and away from light to maximize its shelf life. It can last for several months when you store it in the right environment.

Do use sumac as a garnish as well as a seasoning.

Sumac’s bright red color makes it an attractive addition to pale dishes. It can be used in the same way that paprika is used: to provide that final touch of bright color.

Do feel free to add sumac to your food at the table.

This is actually a traditional use for the spice. It is a common table condiment in the Middle East.

Don’t limit your use of sumac to seasoning food.

In addition to being a great savory spice, it also works for giving a burst of acidity to Bloody Mary drinks and other beverages. You can also use it to make tea.

Don’t consume sumac if you are allergic to cashews or mangoes.

Sumac is in the same family as both of those plants. An allergy to mangoes or cashews indicates that you are likely to also have an allergy to sumac.

While poison sumac is related to the variety of sumac that is consumed as a spice, they are very different plants. Poison sumac is white, not red like sumac spice.

350 thoughts on “Cooking With Sumac: The Dos And Don’ts”