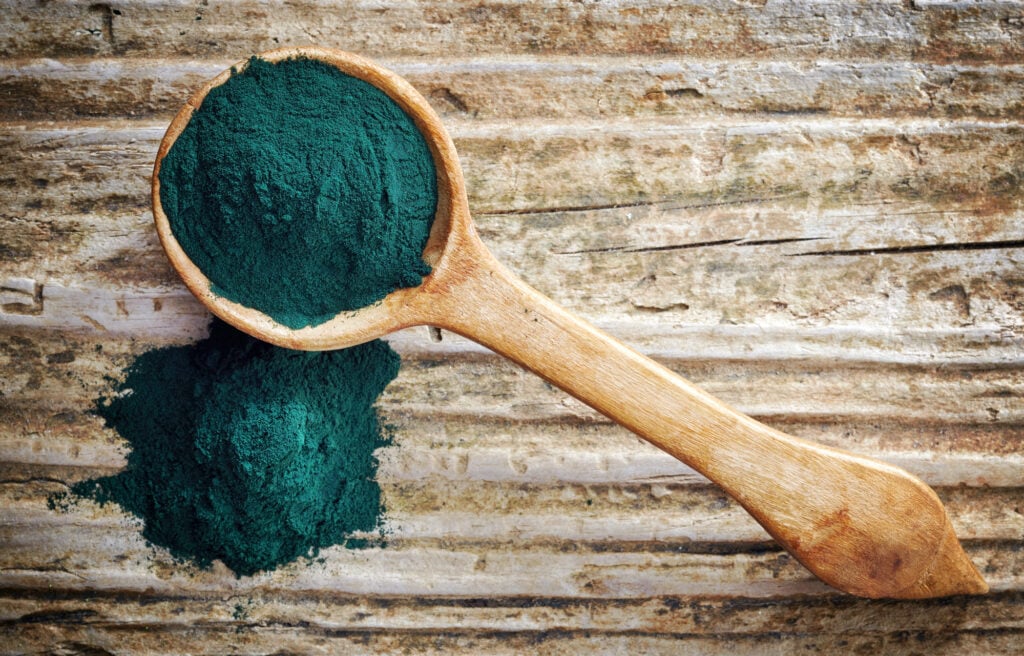 Spirulina has been a culinary ingredient for centuries. Spanish colonists came across the Aztecs harvesting and using it while exploring Mexico. The Kanembou people in Chad are believed to have been using it all the way back in the 9th century. These days, spirulina is seen as more of a nutritional supplement in the United States but it is still viewed as a food in some parts of the world. Like any food item that has been around for a long time, there are rules regarding its use. Let’s break down the dos and don’ts of cooking with spirulina.

Do add spirulina to other strongly flavored ingredients.

The herbaceous greenness of spirulina doesn’t pair well with everything and may be off-putting in some sweet applications. If you are using it in a fruity smoothie or something similar, you will add it to fruits that can mask the more vegetal aspects of its taste. You will want fruits that bring a significant amount of sweetness along with acidity and a strong aroma. In something savory like a soup or salad dressing, you won’t have to hide spirulina’s flavor. You may even want to choose the other ingredients to enhance it.

Do use spirulina to make a broth.

The herbal quality of spirulina’s flavor goes well with the meatiness of a broth. In broth is also the traditional way to eat spirulina in Chad, which is one of two places that it has been consumed for centuries.

Do make spirulina into a sauce.

Chadians add spirulina to a tomato-based sauce that is commonly served over millet and other grains. Savory sauces are one of the best ways to cook with spirulina.

Do use spirulina in guacamole.

Spirulina was popular among the Aztecs of Central America, which is also the birthplace of the avocado. Spirulina and avocado go well together; it gives guacamole some extra brightness and a more vibrant green color.

Do use spirulina in tortillas.

Add spirulina to the masa or wheat flour that you use to make your homemade corn or flour tortillas. This is one of the more traditional ways of using the alga. Instead of traditional bland yellow or white tortillas, you get a blue-green one with a different flavor and nutritional profile.

Do add spirulina to your bread dough.

Mixing it into bread dough is a convenient way to get the nutritional benefits of spirulina. At the same time, you add an interesting visual and flavor twist to a standard bread recipe.

Spirulina is sensitive to one of the temperature extremes: heat. Extreme cold has no negative effects on it. You can freeze it or dishes that contain it without affecting the nutritional value.

Do have vitamin C with your spirulina.

Spirulina is not a good source of vitamin C the way it is nutrients like iron. However, you will need vitamin C for your body to get the most value from the iron in spirulina. When having spirulina, it is a good idea to have limes or oranges along with it.

Don’t use spirulina on its own.

If you are unfamiliar with spirulina, you may be tempted to mix the powder with water and consume it that way. Spirulina unaugmented by other flavors is not advisable. If you try it alone, you may never want it again.

It seems antithetical to a post covering cooking with spirulina, but it’s true. Here we’re talking about actually heating spirulina. Some of spirulina’s nutrients are heat sensitive, which means that you don’t ever want to boil or microwave them. Opt for raw preparations always.