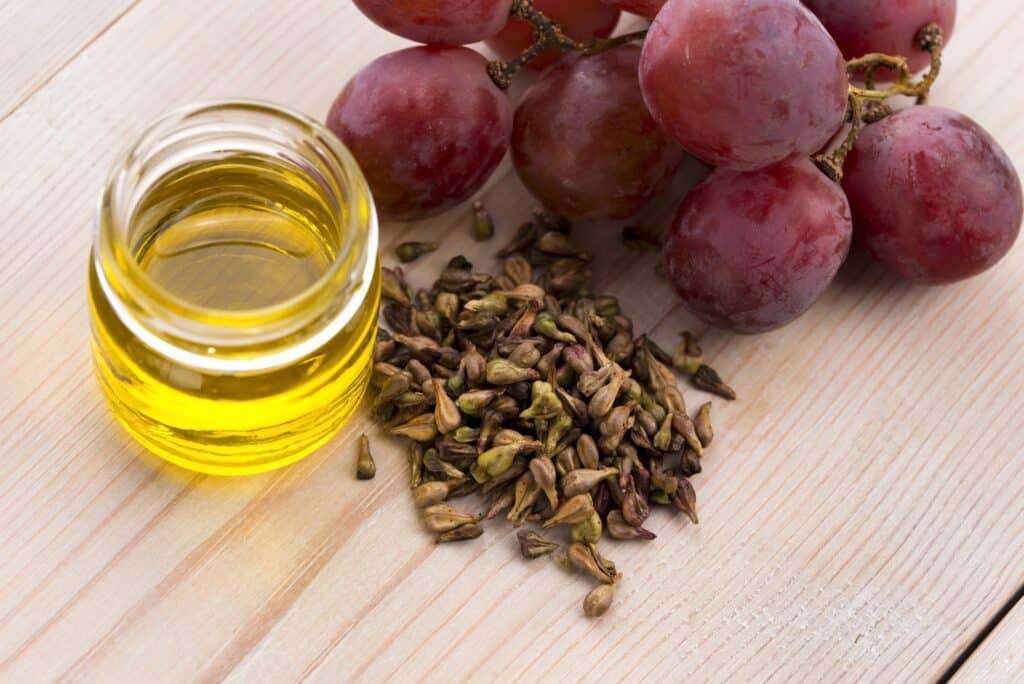 Grapeseed oil is extracted from the seeds of wine grapes, which are byproducts of wine-making. It is a versatile oil that has earned a reputation for being particularly healthy. Its properties make it a difficult oil to misuse, but you can get even greater benefits from it by being mindful of a few rules for using it. Let’s review some critical dos and don’ts of cooking with grapeseed oil.

Do understand the differences between the various kinds of grapeseed oils.

Like other cooking oils, grapeseed oil comes in multiple forms including the cold-pressed and expeller-pressed varieties. With both of those oils, the extraction process does not heat the oil.

Other methods using machinery involve heating grapeseed oil to temperatures high enough to change its composition. The cold- and expeller-pressed grapeseed oils are considered superior to the other varieties.

Do use grapeseed oil when cooking at high temperatures.

The question whether grapeseed oil is good for high heat cooking is a controversial one in some circles. According to some experts, the fact that it contains high concentrations of polyunsaturated fats makes it a poor oil for high-heat frying.

That said, it has long been a favorite of chefs precisely because of how well it handles high temperatures. According to the established research, grapeseed oil has a high smoke point. You can cook with grapeseed oil at temperatures well over 400 degrees Fahrenheit. This makes it a good choice for stir-fried dishes and deep-frying. It is also a common ingredient in marinades for grilled meat and vegetables.

Do use grapeseed oil with mildly flavored ingredients.

Grapeseed oil is not a flavorful oil, which means that it is perfectly suited to be used in dishes with mild ingredients. Its flavor is subtle enough that it won’t mask or distract from even the most subtle flavor profiles. It also won’t interfere with other stronger ones that you want to play a starring role in your dish. Its neutral flavor profile also makes it a perfect substitute for other mild oils like canola or refined (light-tasting) olive oil.

Do use grapeseed oil to season cast iron.

Grapeseed oil is an excellent oil for seasoning cast iron pans. The seasoning process involves lightly coating a pan’s interior surface with cooking oil and heating it for several hours. The oil hardens to form a coat that helps to keep food from sticking and protects the pan from water and rust. If a cast iron pan is properly seasoned, it can last for years.

Grapeseed oil is one of the most popular oils for seasoning cast iron because of its high smoke point and generally healthy profile. You can get the pan up to higher temperatures than would be healthy with other oils. The high temperatures allow for the creation of a stronger bond between the metal and the oil used to coat it. Grapeseed oil’s neutral flavor is a benefit here as well since it won’t affect the taste of foods cooked in the pan.

Don’t store in clear containers in the open.

Grapeseed oil can go rancid but can last up to a year if stored in the right environment. Like other cooking oils, grapeseed oil is best stored away from heat and light. The ideal container will be airtight and opaque. To maximize its shelf life, it is recommended that you store it in the refrigerator if possible.