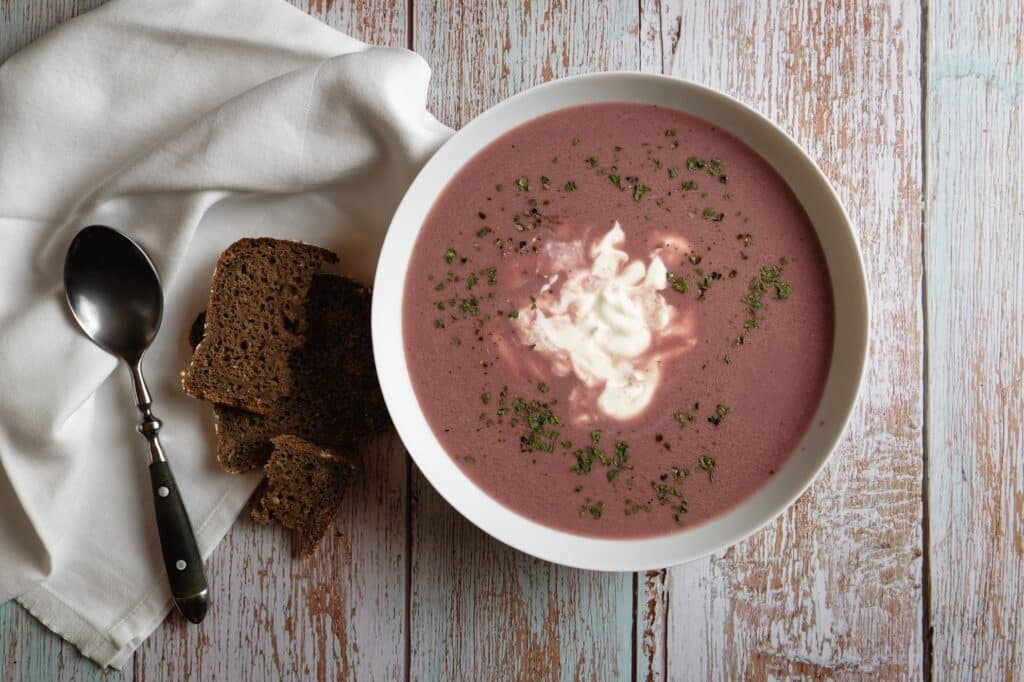 Crème fraiche is a valuable and versatile ingredient if you plan to cook french dishes. It can work as an alternative to sour cream and other cultured dairy products from other parts of the world as well. It can be quite expensive; to get the most from your investment, you will need to know how to use it and what to avoid. Here are some dos and don’ts of cooking with crème fraiche.

Because of all the fat in crème fraiche, it does not curdle when you mix it with acidic ingredients or boil it. Curdling can be a problem with other dairy products, so crème fraiche is often recommended as a substitute for them. The fact that it resists curdling makes it the perfect addition to soups and sauces to give them a silky consistency.

Do store crème fraiche in the refrigerator.

Once refrigerated, crème fraiche has a much longer shelf life than other creams like heavy cream. There are reports that an unopened container of crème fraiche can last up to two months if kept at a consistently low temperature. The reason is that the lactic acid that gives the crème fraiche its tartness also acts as a preservative.

Some cooks recommend against freezing crème fraiche due to the risk of separation. Crème fraiche will separate because it contains a lot of fat, but that can be fixed. The big benefit of freezing is that it can extend crème fraiche’s shelf life to several months. To successfully freeze and thaw crème fraiche, start by separating it into smaller portions. You can do this by freezing it in an ice cube tray or similar container. Freezing it like this allows you to thaw out only the amount that you need.

Also important is your method for thawing it, which should take place in the refrigerator. Once it thaws out, it will separate, but you can remedy this by whisking it back together. You will need to whisk it vigorously to bring it back to its original creamy consistency.

Do use the right kind of buttermilk to make homemade crème fraiche.

Do use homemade crème fraiche made with cultured buttermilk and heavy cream right away.

The heavy cream provides the richness, while the buttermilk provides the bacteria that will partially ferment the cream and give it a similar acidity to regular crème fraiche. While this can do a good job of replicating the taste of crème fraiche, it won’t last as long as commercial crème fraiche, so you will want to use it all up as soon as possible.

You can freeze crème fraiche if you do it the right way, but only once. Once it has thawed, do not freeze it again.