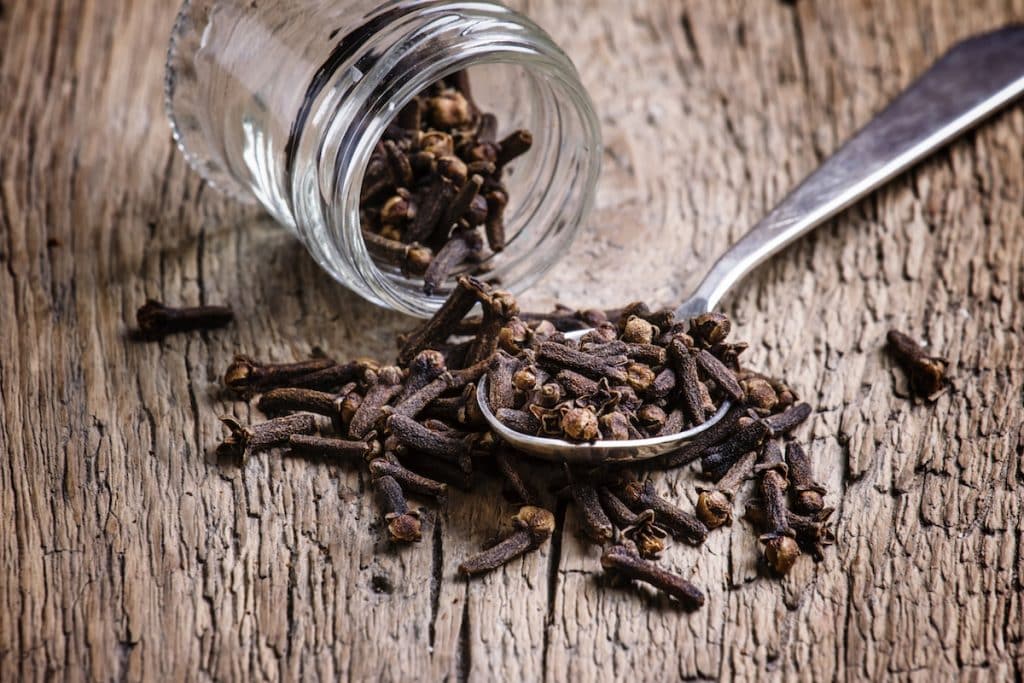 Cloves have a warm, sweet, and easily identifiable flavor that you can use in both sweet and savory preparations. You may know it from the role it plays in chai masala, garam masala, and in Chinese five spice powder. It is commonly used, but that doesn’t mean that is is easy to use. Use the tips below to get the most from ground or whole cloves.

Do use cloves sparingly.

Cloves offer a unique camphor-like, slightly bitter, and highly aromatic flavor profile. It has similar flavor notes to allspice but is much stronger. The spice is known for its intensity, which means that you will need to be careful with how much of you use. Even in relatively small amounts, it can easily overpower the other flavors in a dish. It can even completely mask other pungent spices and make dishes bitter. A very small amount can serve as a pleasant complement to other spices and can work well with sweet and savory flavors.

Do use cloves as a garnish.

The shape of cloves makes them a particularly attractive and effective garnish that is traditionally added to hams. Simply stick them into the exterior of a ham to make its appearance more attractive. You can also stick cloves into oranges or apples. Not only will they be interesting to look at, the flavor will infuse into the ham or the fruit.

It is not a good idea to leave whole cloves in your dish for a couple of reasons. The first has to do with the pungency of cloves. While cloves can be a pleasant addition to a dish if you use them in moderation, the clove itself will have an intensely sharp and astringent flavor. Biting into one can overwhelm the palate with the flavor, leaving the tongue numb. Another reason has to do with the shape and texture of whole cloves. The name in both English and French comes the Latin word for nail because cloves have a nail-like shape with a point. As a result, they can pose a choking hazard similar to that of fish bones if they are swallowed whole.

Do stud an onion with whole cloves and add it to soup or braised dish.

This allows you to add the flavor of cloves without having to grind the cloves and without the hassle of removing individual cloves one by one.

Don’t cook cloves for too long.

Cloves will continue to release volatile oils throughout the cooking process. The result of cooking them for too long can be the same as adding too many cloves to your dish. In other words, you will wind up with a bitter dish that tastes of nothing but cloves.

Most spices will be more flavorful and will stay fresh for longer if you buy them whole and grind them yourself. Cloves are no exception; even so, it is probably best that you buy them ground. The reason has to do with the effects of clove oil on plastic. Most spice grinders are made of plastic and clove oil is known cause pits in plastic and may cause it to break down. The pits in the plastic may also result in your spice grinder holding on to the clove flavor, and those may get passed on to the other spices that you grind.