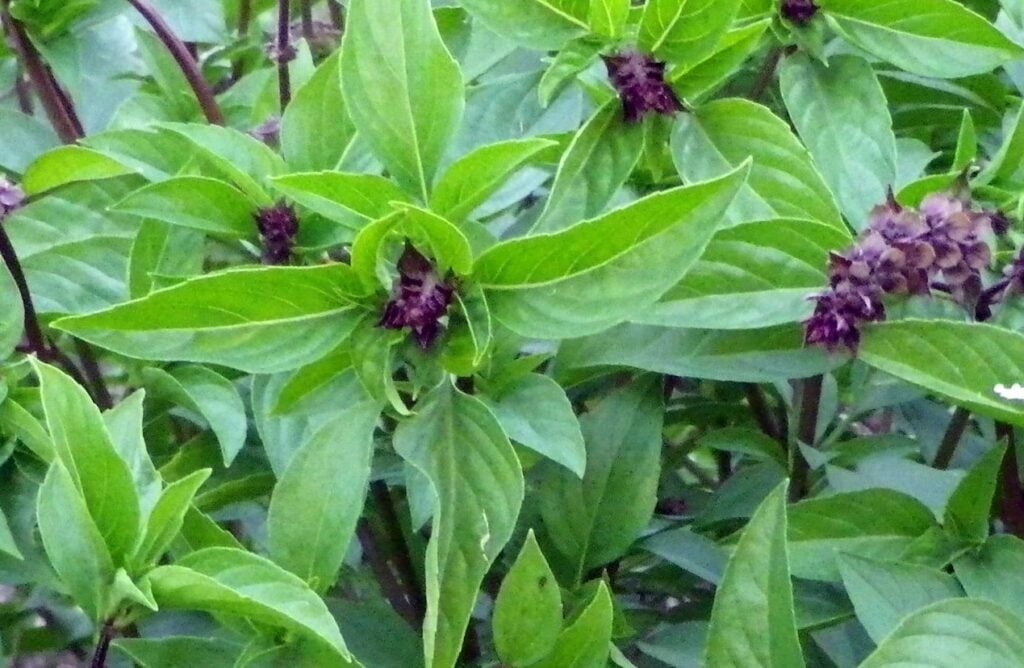 If you are familiar with Mediterranean dishes, you will already know how enjoyable regular sweet basil — also known as Genovese basil — can be if you use it correctly. Cinnamon basil is a relative of sweet basil but it contains methyl cinnamate, unlike sweet basil. Methyl cinnamate is the compound that gives the cinnamon spice its flavor and aroma. Cinnamon basil is sometimes called Mexican basil. Like any other ingredient, there are ways to get the most from this herb and mistakes that you can make when using it. The following dos and don’ts can help you to maximize your enjoyment of cinnamon basil.

While you can store other herbs like rosemary and cilantro like this in the refrigerator, basil does better at room temperature on your kitchen countertop. Cold temperatures can blacken the leaves.

Another option is to freeze it. Freeze cinnamon basil by chopping the leaves and placing them in an ice cube tray. Next, fill the tray with water and place it in your freezer. When they are fully frozen, pop the cubes out and store them in freezer bags. Add one of these cubes to foods whenever you need the cinnamon basil flavor. Like sweet basil, you can dry cinnamon basil to extend its shelf life. Place it in a food dehydrator or hang it in a location with moving air.

Do use cinnamon basil as immediately as possible.

If you don’t plan on storing it with one of the methods listed above, use it as soon as possible. It has a very short shelf life when compared to other herbs.

It can work as an alternative to sweet basil, but it has a broader array of applications. Cinnamon basil makes a great addition to cocktails, where it can serve as a replacement for another herb in its family: mint. Muddle it to make a version of a mojito or for a new twist on any other drink that might call for mint.

If you are not a fan of alcoholic beverages, cinnamon basil makes a great tea. Its similarity to regular basil makes it great in savory salads. Its cinnamon notes make it great in fruit salads, which also benefit from the basil part of its flavor profile. Sweet basil sometimes appears in fruit salads containing watermelon or strawberries, and cinnamon basil is a perfect fit for those dishes. Use it in pumpkin pies and fruit pies as a substitute for cinnamon.

Don’t use the thicker stems.

As with regular sweet basil, you should discard the wider stems as they can make pesto and similar uncooked applications bitter. In addition to the effects on flavor, the stems have compounds not present in the leaves and that can discolor a pesto.

Don’t add cinnamon basil too early in the cooking process.

Fresh cinnamon basil can lose its flavor if cooked too long. It is best to add it just before serving the dish.