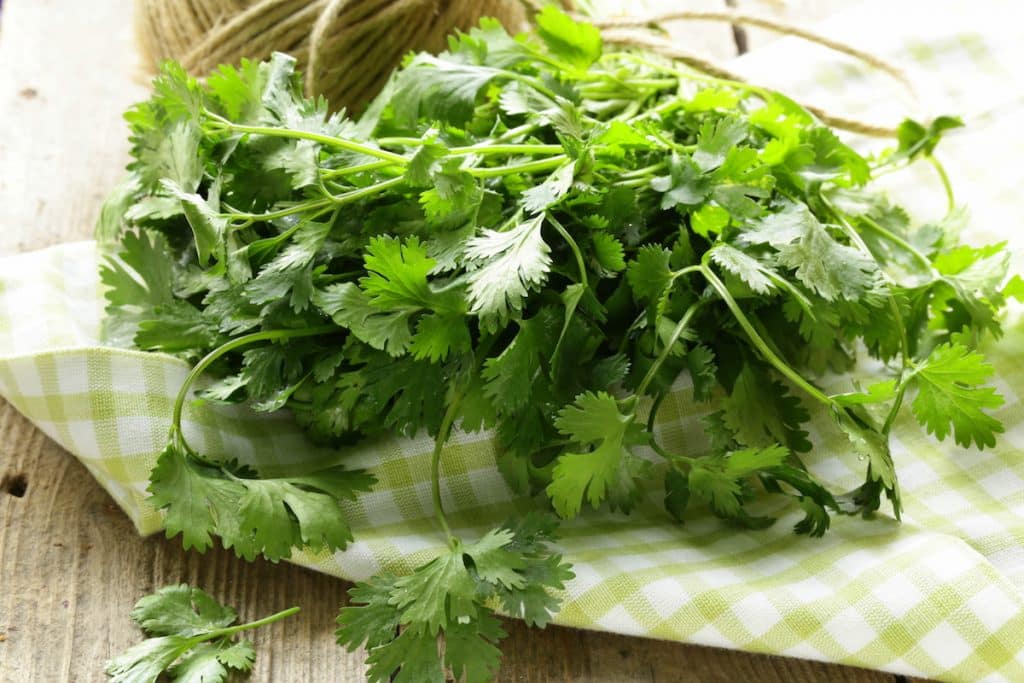 Not everyone enjoys cilantro, but for those who do it is a delightfully bright herb that brings a sharp freshness to food. It has pleasant herbaceous and citrus notes that complement a variety of savory preparations, including raw ones like pico de gallo and ceviche. Cilantro is best known for its use in Mexican, Thai and Indian dishes where it may be paired with everything from tomatoes to seafood. To get the best results from cilantro, follow the tips below.

The cilantro in your local grocery store may look clean, but the reality is that it can be very dirty. Simply dip the bunch in water and swish it around for a few seconds. In most cases, you will see silt and other contaminants in the water. Dry the cilantro by patting the sprigs with paper towels or place them in a salad spinner.

Do use cilantro liberally.

Cilantro is not an herb that gives good results when used with a light touch. Keep in mind that it is rarely ever used in cooked dishes, so the flavor does not normally infuse into food. Usually, you have to eat the herb itself to taste it. While it does have a bright flavor, it is not the most pungent herb.

Of course, there are many people who do not like it and they would prefer that it not be included in dishes at all. For those who do enjoy its flavor, it should be added to dishes in large amounts. Some food experts believe that it should be thought of as a salad green rather than as a garnish.

While the method cutting an herb like cilantro may seem obvious, there is actually a right way to do it. Firstly, you will want to use a very sharp knife to avoid bruising your cilantro. Herbs that are bruised during prep are unappealing to look at and will wilt faster. In addition, you will want to make sure that both the leaves and your blade are dry to prevent sticking. This helps to speed up the chopping process and minimizes waste.

Cilantro is not the hardiest of herbs, which means that it will go bad fairly quickly if left at room temperature. You have several options for storing cilantro and all of the best ones involve the refrigerator or freezer. Drying is more of a last resort than it is a true option.

If you are storing your cilantro in the refrigerator, you can get by for a short period by placing a whole bunch of cilantro in a self-sealing baggy with some paper towels. Stand a freshly snipped bunch in a container of water and place the container in the refrigerator for a longer lasting solution. If you want your cilantro to last for months rather than weeks or days, freeze it.

As a moderately pungent herb, its flavors do not stand up well to long cooking times. Add to cooked dishes at the last minute.

The leaves are the most attractive part of the herb and are what makes cilantro effective as a garnish; however, the stems are just as flavorful. If flavor is your priority, chop them finely and use them as you would use the leaves.

Don’t use dried cilantro if you can help it.

Its relatively mild flavor is the reason that it does not stand up well to being dried.