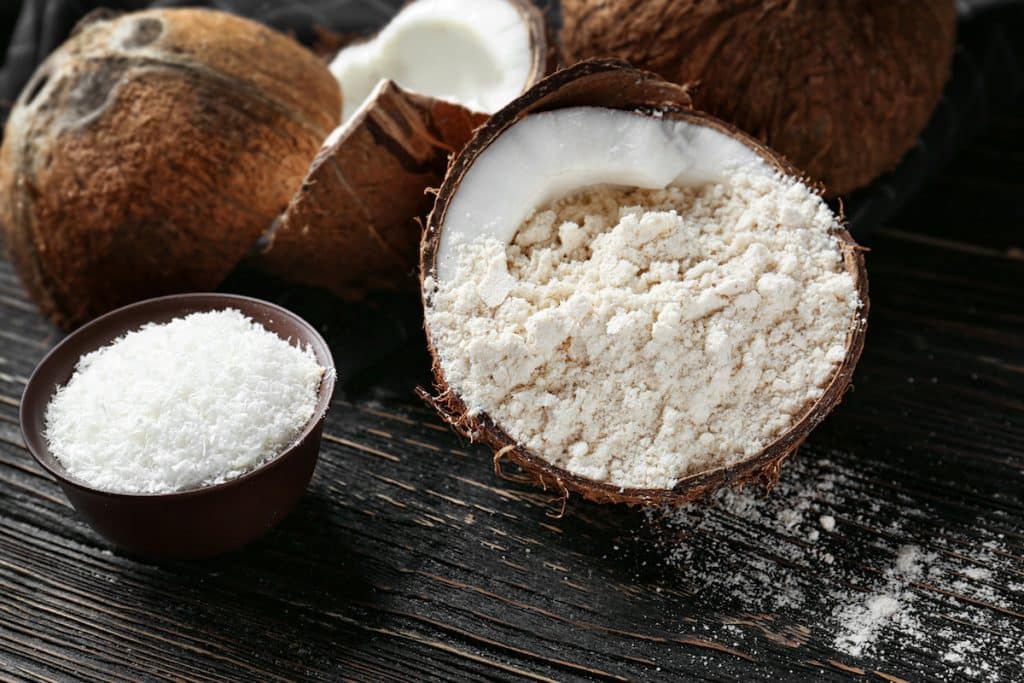 The origin of the coconut is still debated among historians, but there is some consensus that it originated in Southeast Asia. The fruits of the coconut tree were carried from there to other parts of the world via ocean currents. This is how they wound up in Polynesia, Tahiti, and New Zealand. Coconut flour comes from the white interior of the coconut, the part that is used to make coconut milk. The coconut milk is squeezed out and what is left is dried and ground to powder.

While coconut flour’s origin story has not been well documented, there is some circumstantial evidence that it originated in Polynesia or Tahiti. While coconut flour has recently become trendy in the west for use in paleo and keto diets, it appears to have its longest history of use in Polynesian and Tahitian cuisine.

Unlike wheat flour, coconut flour does not have a completely neutral flavor. The flavor of coconut flour is that of coconuts. It will give baked goods a coconut flavor, which can be beneficial in some cases but may be a drawback in others.

The meat of the coconut is highly nutritious. Its many benefits for health come from compounds like:

The nutrients in coconut flour make it useful if you need to treat or prevent certain health conditions such as:

You can use coconut flour as a replacement for grain flours in baked goods, but this will not be as simple as switching them out. You will have to make adjustments to the quantities of the liquid ingredients in the recipe. The reason for this is that one of coconut flour’s distinctive characteristics is how absorbent it is when compared to grain flours. Experts recommend that you replace 25 percent of wheat flour with coconut flour rather than 100 percent. You can use coconut flour as a 1:1 wheat flour replacement when using it as a breading for fried foods.