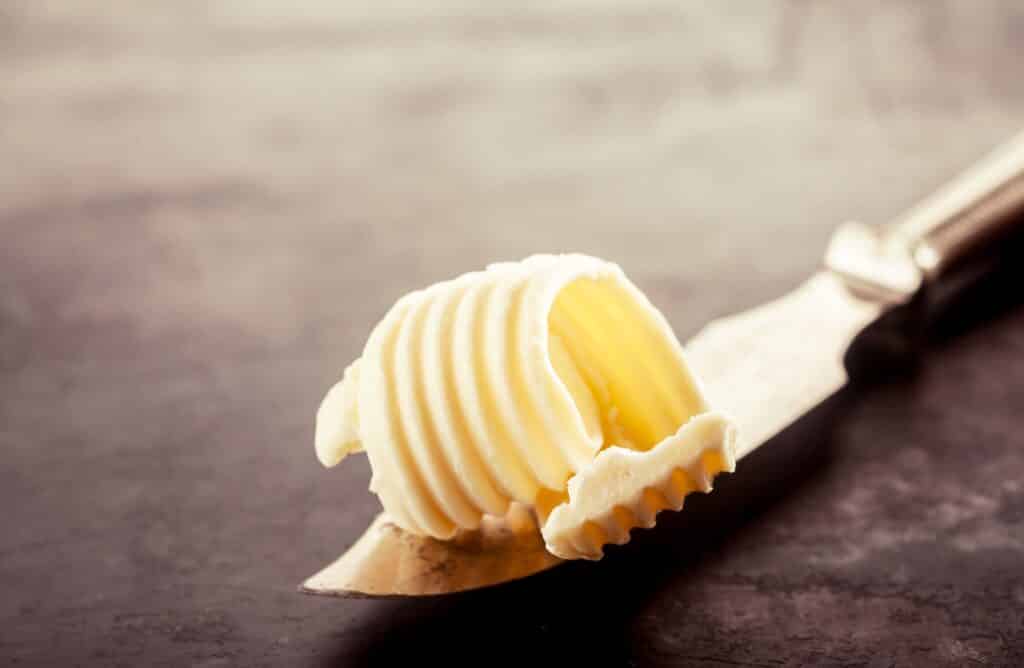 Coconut butter and butter are often used in the same ways, which may cause you to wonder how easily they can be swapped out. It turns out that you can use them interchangeably in some instances, but not in all. Let’s take a closer look in this SPICEography Showdown.

How does coconut butter differ from butter?

Coconut butter and butter come from different sources and are made up of different constituents. Coconut butter is plant-based since it consists of coconut meat (along with the coconut oil it contains) that has been ground to a creamy paste similar to nut butters. Butter is the term for milk fat that still contains a significant quantity of milk solids. It is derived from heavy cream that has been agitated to separate the fat from the buttermilk.

Coconut butter and butter differ a lot in appearance. Coconut butter is usually a very pale tan or off-white color. Butter is naturally a pale yellow from beta-carotene in the food that the cows eat. The commercial butter that you will find in your typical grocery store will have a small amount of color added to it from sources like annatto.

Coconut butter and butter contain different nutrients. Butter is a good source of vitamins A, D and E and can have a small amount of vitamin K as well.

Coconut butter can work as a substitute for butter in most applications. It is particularly useful if you are trying to avoid animal products since its creaminess is similar to that of butter. It’s an excellent substitute as a spread for bread and for adding fat and richness to baked goods. The only time it won’t work is when your recipe might not benefit from a strong coconut flavor. For example, it won’t be a good addition to many of the savory recipes that require butter.

Butter can work in most of the applications that require coconut butter. You can pair it with coconut extract if you need the flavor. It’s the classic fat source for baked goods, and you can use it in place of coconut butter on toast and as a topping for pancakes.

Butter has a very low smoke point, so you shouldn’t use it for cooking unless you are cooking at a very low temperature; however, you can do some limited cooking with it while you should avoid doing any with coconut butter. Butter’s only real downsides as a substitute are the fact that it is an animal product — which means that vegans can’t have it — and its comparatively mild flavor.

Coconut butter should be your first option if you are trying to avoid animal products or want a strong coconut flavor. Use it as a spread or add it to oatmeal or smoothies for a concentrated flavor and strong non-dairy richness.

Use butter if you need a classic creamy spread for your bread or want a rich fat to baste your steak. It works in cakes and cookies, on pancakes and waffles and can even be added to coffee to slow the digestion of caffeine, thus extending its effects.