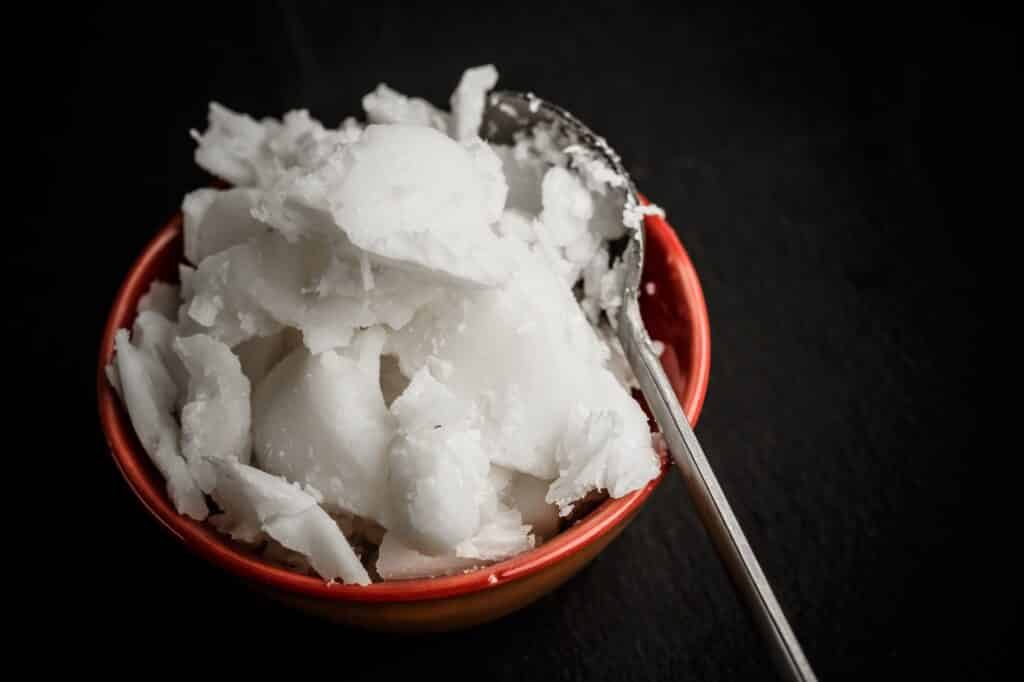 Coconut butter is a plant-based butter that has gained a following in recent years. It provides a mild creamy taste with subtle coconut notes and some healthy fats. If you need some and don’t have any on hand, coconut butter is surprisingly easy to replace. Here are a few of the best coconut butter substitutes.

Your best bet: Make your own coconut butter

The process of making coconut butter is simple enough that you should be able to make it yourself using a standard food processor. Experts recommend against using a blender as it won’t have enough power for this job. There are two ingredients: coconut oil and unsweetened shredded coconut or desiccated coconut.

Some recipes use only the unsweetened coconut and list the coconut oil as an optional ingredient. In those recipes, the shredded coconut alone is supposed to contain enough oil that it will break down into the buttery texture that you need; however, the addition of extra coconut oil may give you an even smoother texture. You can use homemade coconut butter just as you would use the commercial version.

The downside of making coconut butter is that in addition to requiring coconut oil and shredded coconut, you will need time since the process can take as long as 10 minutes.

One of peanut butter’s biggest benefits as a coconut butter substitute is that it is easy to find (you probably have a jar in your pantry) and relatively inexpensive. Peanut butter has a few advantages over coconut butter, such as its nutritional value. It offers several nutrients that you won’t get from coconut butter.

Peanut butter is not a perfect coconut butter substitute because the peanut flavor is noticeably different. Another downside is its potential for triggering allergies.

In a pinch: Cashew butter

Cashew butter has a few downsides. It might be a less-than-ideal coconut butter replacement since you might not be able to find it everywhere, and it can be expensive. While not as common as peanut allergies, allergies to tree nuts like cashew nuts are still widespread.

Almond butter’s strong nutritional profile and creamy consistency can make it a good coconut butter substitute. It does have a stronger and more distinctive flavor, so it won’t disappear into the background of baked goods recipes the way coconut butter would. It is mildly bitter, so it might work best when paired with sweet ingredients that can hide the bitterness.