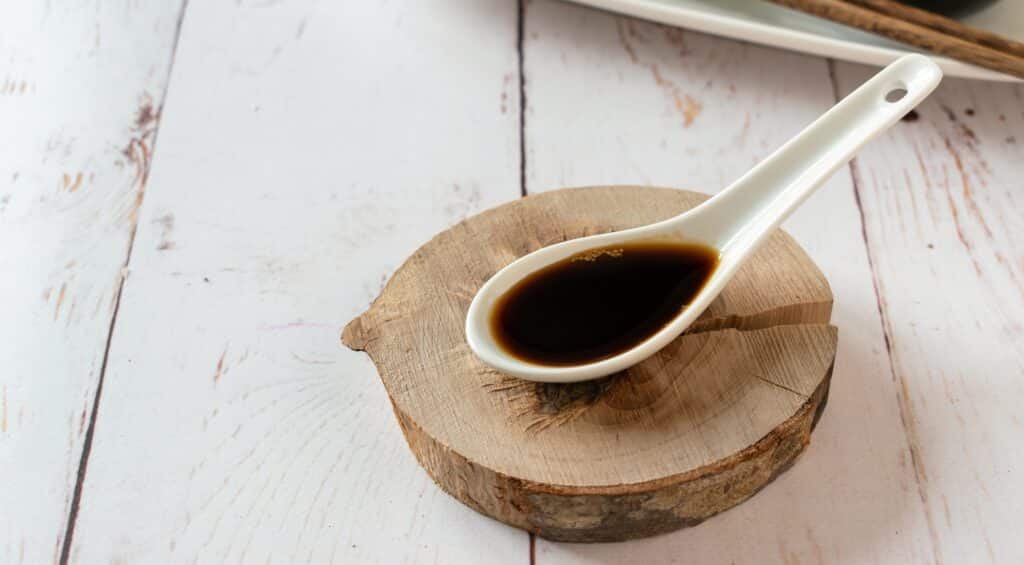 Coconut aminos and liquid aminos will be two of your best options if you are looking for healthy soy sauce substitutes. Both can provide the deep brown color, saltiness, and umami that you would get from soy sauce without some of its less desirable characteristics. For example, both contain less salt than typical soy sauces; however, there are some differences between the two products. We cover their characteristics in this SPICEography Showdown.

How does coconut aminos sauce differ from liquid aminos?

Coconut aminos and liquid aminos have different ingredients. Coconut aminos seasoning consists of coconut sap fermented with salt. Liquid aminos seasoning is made from soybeans. Free amino acids are created by treating the soybeans with hydrochloric acid. The saltiness does not come from added salt but from the fact that after the creation of the free amino acids, any remaining acid is neutralized with sodium bicarbonate to create sodium chloride (the main component of table salt).

Coconut aminos and liquid aminos have different flavor profiles. The flavors are not dramatically different, but they do contrast in a couple of noticeable ways. The most popular brand of coconut aminos seasoning sauce has considerably less sodium with 300 mg per 15mL compared to the 960 mg that you would get from an equivalent serving of liquid aminos. The result is that liquid aminos sauce is much saltier than coconut aminos.

The lower level of salt in coconut aminos makes it less likely to cause the health problems that come with an excessively salty diet. Too much salt can cause a range of health problems including high blood pressure, heart disease and certain kinds of cancer.

Coconut aminos may be harder to find and more expensive than liquid aminos.

Coconut aminos sauce can work as a substitute for liquid aminos, but it won’t be ideal unless your objective is to cut down on sodium. The lower salt content means that you will either have to use more of it and make your dish wetter or simply use the same amount and make your dish less salty. Keep in mind that the sweetness will be especially noticeable when using it as a condiment at the table, so it may be less desirable for that purpose.

Coconut aminos seasoning sauce and liquid aminos can both be used for the same kinds of dishes. Use them in marinades and to make dishes like fried rice. The differences in flavor profiles make coconut aminos better suited to being a substitute for table salt while liquid aminos may work better in place of soy sauce. You can use it in stews and other dishes that can benefit from the extra saltiness and umami.