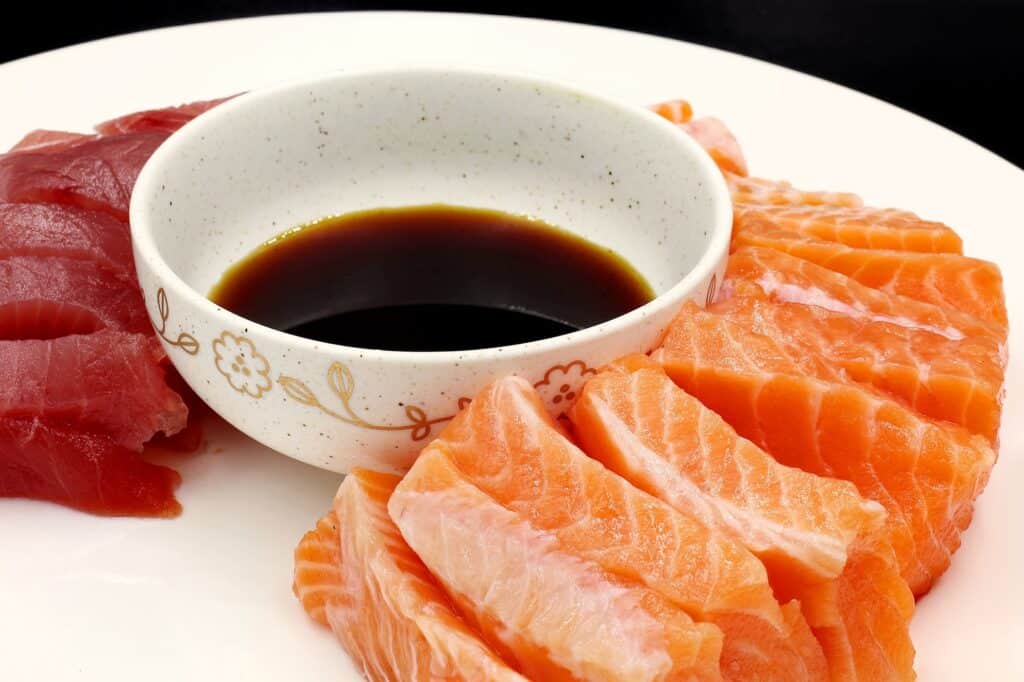 Coconut aminos seasoning sauce offers a way to add saltiness and umami to your favorite dishes. You can use it to flavor cuisine from all over the world, including both Asian- and Western-style dishes. Since it is not always the easiest condiment to find, here is a look at some of the best coconut aminos substitutes.

The condiment known as liquid aminos looks and tastes similar to coconut aminos. It has the same salty, savory flavor that you would get from coconut aminos. Both are thin brown liquids most commonly used as substitutes for soy sauce.

Soy sauce is made from fermented soybeans and wheat. In other words, light soy sauce has the same look and a more intense version of the same flavor that you will get from coconut aminos.

What makes light soy sauce a less than perfect substitute for coconut aminos is the fact that it contains both soy and wheat, which may make it unsuitable if you want to avoid them for health reasons. It also has significantly more sodium, which means that you will have to use less of it if you want to keep your dish’s sodium level low.

The fact that coconut aminos sauce is often deemed to be slightly sweeter than soy sauce means that you may need to add a small amount of sugar to light soy sauce to make it a closer match.

In a pinch: Tamari

Because tamari is gluten-free, it makes a good substitute for coconut aminos if you suffer from celiac disease or are unable to consume gluten for some other reason. Its flavor can work just as well or better than that of coconut aminos seasoning since it is complex and concentrated. Like coconut aminos, tamari has less salt than soy sauce.

Tamari’s deeper color and more intense flavor profile ensure that you will need to use less of it when replacing coconut aminos. Keep in mind that tamari can be thicker than coconut aminos, so it may affect the consistencies of some recipes.

Fish sauce is different from the substitutes above in that it is not formulated to be a soy sauce substitute. It is also important to note that it is made from fish and is therefore not vegan. That said, it can provide much of what you want from coconut amino in that it has a salty flavor that is accompanied by a strong umami component.