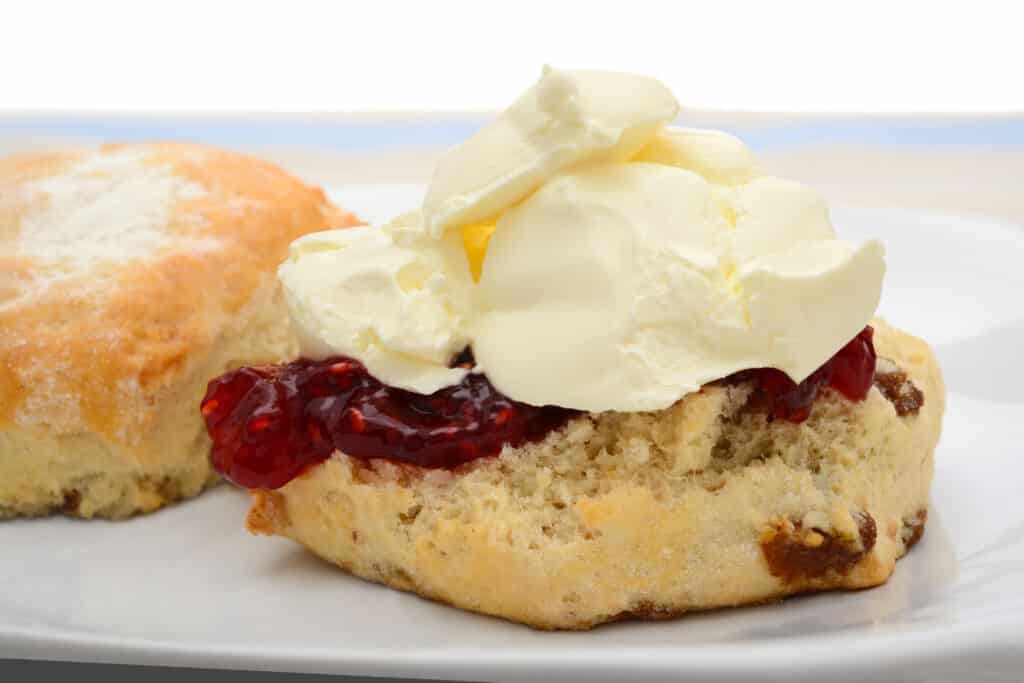 Clotted cream is essential if you want to make your version of the traditional cream tea from South West England at home. You won’t be able to find the fresh version in most parts of the world outside the UK, which means that you will need a substitute. Here are some of the best clotted cream substitutes.

Your best bet: Make your own clotted cream

If you have access to raw milk, you might try making your own clotted cream the old-fashioned way. Making traditional clotted cream involves separating the cream and butterfat from the milk and baking them to arrive at the ultra-rich, nutty spread. This kind of clotted cream takes a lot of time and work to make, too much for it to be an effective emergency substitute.

You can try making an imitation clotted cream by mixing some heavy cream with mascarpone. Mascarpone is an Italian cheese that is commonly used to make lasagna and tiramisu. It can help provide the level of creaminess and thickness that you need for a good clotted cream replacement. Mascarpone’s flavor is similar to that of cream cheese.

For a slightly lighter and softer version, you can use whipping cream and whip the mixture until it can hold soft peaks. Other imitation clotted creams use blends of softened butter, heavy cream and cream cheese.

Crème fraiche is used mainly in savory applications like soups and pan sauces because it does not curdle when boiled. The fact that its sourness is very subtle allows it to work in the same applications that require clotted cream, which means that you can use it as a topping for fresh fruit or as a spread for your scones.

The only significant downside of using crème fraiche as a clotted cream substitute is the slight sourness, which might be a problem in some recipes that require clotted cream.

In a pinch: Double cream

Other names for double cream include Devon cream and in the US, double cream is categorized as heavy whipping cream. Its thickness and richness make it an excellent substitute for clotted cream as a spread or topping.

Double cream is less than ideal in taste, only because it does not have the nuttiness that you get from clotted cream. The reason is that double cream does not undergo a baking process.

Butter is made of the same milkfat (AKA butterfat) that gives clotted cream its richness. The difference is in the ratio of milk solids and water to milkfat. Clotted cream is at most 60 percent milkfat, while butter is 80 percent milkfat. You can use butter as a spread on scones and bread, and it will provide richness but without the silky creaminess of clotted cream.

Mascarpone is a good clotted cream alternative, even if you don’t combine it with heavy cream as suggested above. Similar to crème fraiche, mascarpone is a cultured cream.