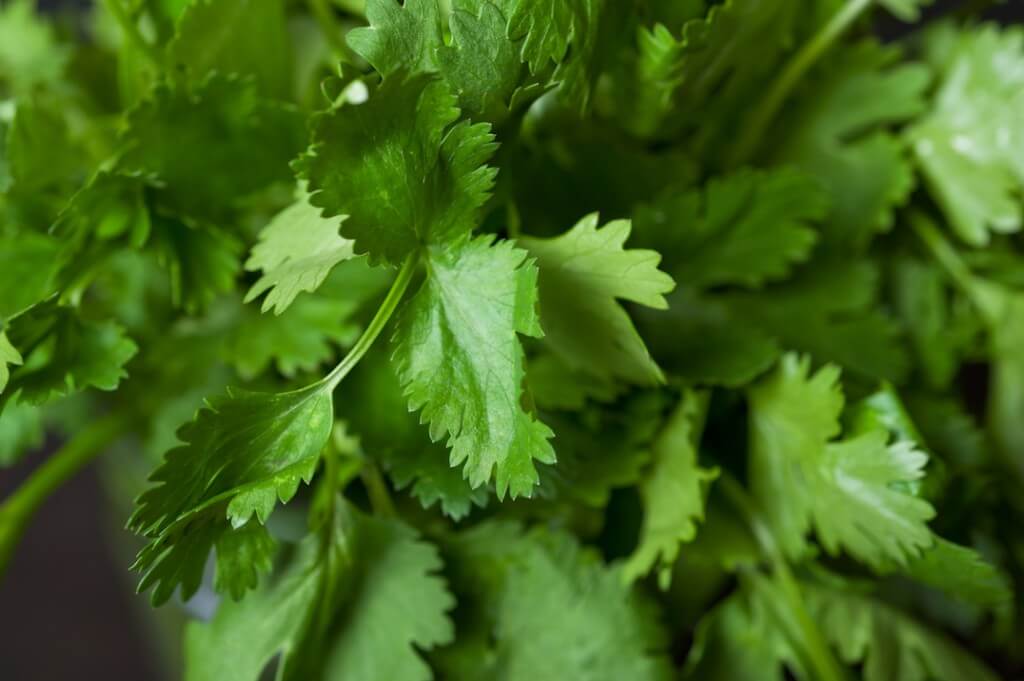 Cilantro is also called coriander and is the source of the coriander seed. Cilantro is a member of the parsley family and there is a close resemblance between the two herbs. In fact, the resemblance is so close that it is fairly easy to mistake one for the other if you are not experienced with either herb. Cilantro is a staple in cuisines from Latin America and India as well as in other parts of Asia beyond the subcontinent.

Like the other herbs and spices on this site, cilantro’s culinary history is a long one. In fact, it is one of the oldest spices/herbs in existence. Coriander seeds have been found in Israeli caves that date back 8,000 years as well as in the tomb of King Tut. The herb was brought to the Americas in the 1600s and since then it has taken on a prominent role in dishes from the American Southwest, Mexico and throughout Latin America.

The name cilantro is the Spanish word for coriander and coriander comes from the Ancient Greek word koriannon. The fact that the herb is widely used in Mexican cuisine has led to the widespread adoption of the Spanish word in North America.

The flavor of cilantro is highly controversial. For some, it tastes bright and fresh with the tang of citrus; for others, it tastes like soap. The phobia of cilantro is actually a well-studied phenomenon with research indicating that it may have a genetic source, meaning that people may be genetically inclined to like or dislike the herb.

Cilantro is known throughout parts of Europe and India as a healing plant. Its reputed health benefits include:

As one of the main flavors in Mexican cuisine, cilantro is essential for salsas and guacamole. You can use it as a final addition to dishes as a flavorful garnish or it can be cooked as it is in Mexican classics like arroz con pollo.

It is also used in Mediterranean dishes like pestos where there is a long tradition for the use of cilantro than there is for basil.

Cilantro is popular in Indian cuisine; the name for it in Hindi is dhania. In India, cilantro may be used in chana masala, aloo gobi, and vegetable samosas. The herb also features in various dishes from the Sichuan region of China. It is often used in soups and as a garnish.