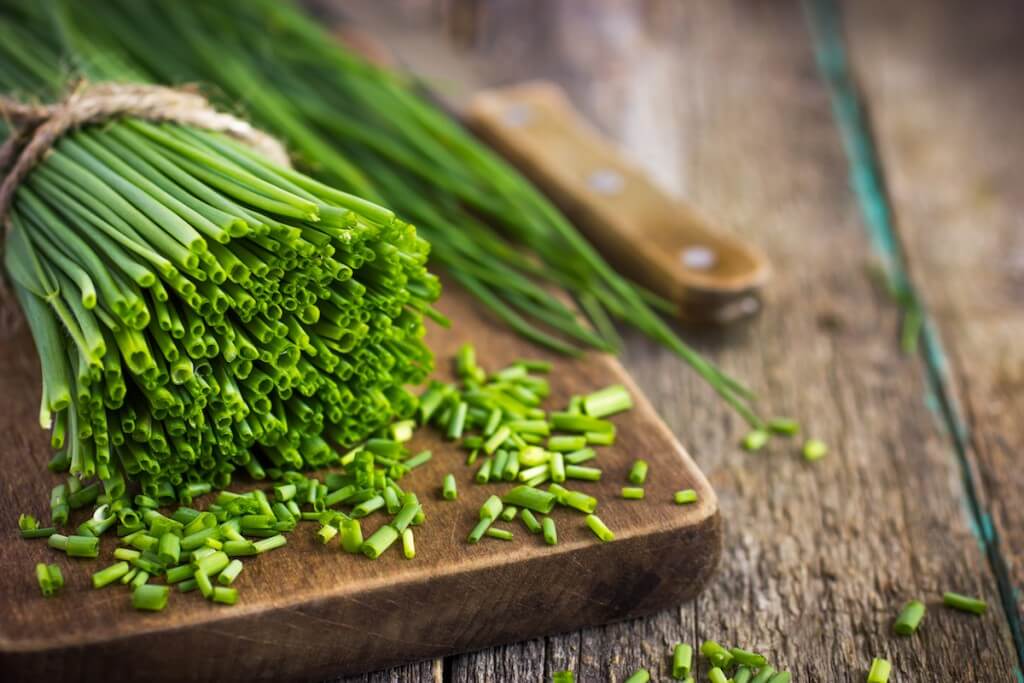 Chives are in the onion family and have been used in Europe and Asia for millennia. Historians disagree about the region of origin. Chives may have come from Siberia, Greece or China.

The herb was not actively cultivated in Europe until the middle ages. In medieval Europe, it was used to discourage insects and as a decorative plant. Lore surrounding chives include the tale that they were given to Alexander the Great in Siberia and that they are a powerful aphrodisiac.

Chives are related to onions, leeks, and garlic, and the relationship is evident in the taste. They have a delicate onion flavor that is complemented by hints of garlic. Because their flavor is relatively mild, experts recommend that chives be added at the end of cooking. This keeps the flavor from being destroyed by high heat and long cooking times.

Chives also make an excellent garnish as they serve as a lighter alternative to the more intense flavor of green onions.

Chives are popular in French cuisine where they are one of the fines herbes, which is a term for the core set of herbs used throughout French cooking. Chives are a popular ingredient in French omelets and cheese soufflés. In Sweden, the herb is used to make gräddfil sauce to accompany herring. In Russia and Poland, chives are sometimes used to flavor a soft cheese called tvorog.

In the U.S., chives are known to pair well with seafood and are a popular garnish for lobster chowder. Along with dill, they are widely used when cooking fish. Chives are also one of the more popular flavoring additives for cream cheese.