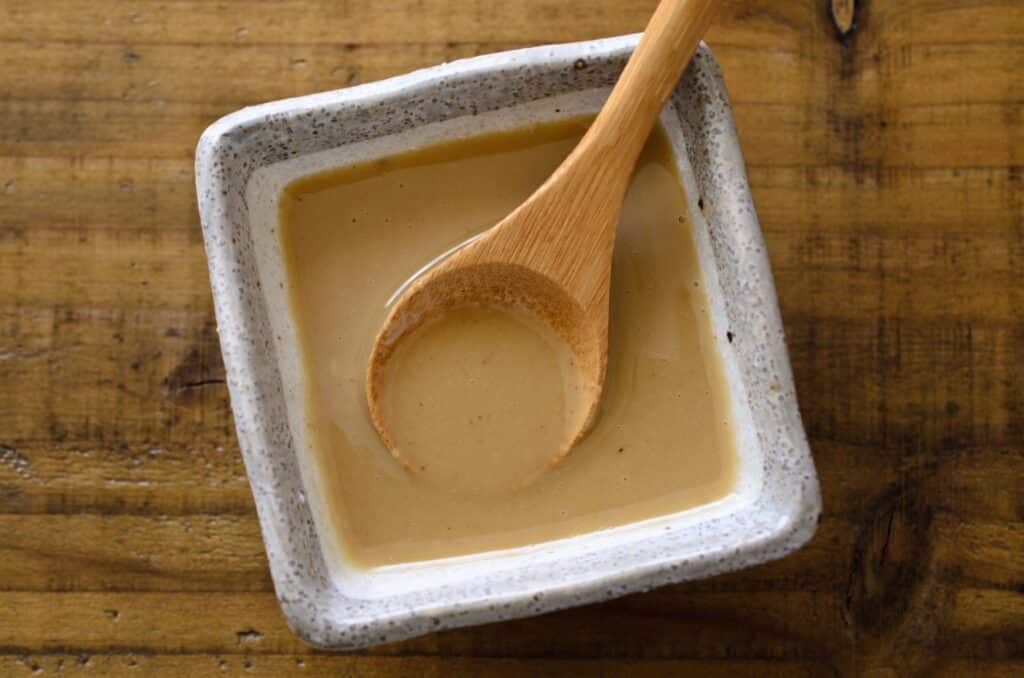 Chinese sesame paste is made from sesame seeds, which come from the Indus Valley located in the region now known as Pakistan. Historians consider the sesame plant to be one of the oldest cultivated crops in the world. The seeds were first cultivated for their oil (a valuable lamp fuel) rather than as a food source. They are considered by some to be mankind’s oldest oilseed crop.

Sesame seeds have been used as food in China for thousands of years with some historians estimating that they were being eaten there 5000 years ago. The seed made its way to China via the Silk Road. According to some sources, sesame arrived in China during the Han Dynasty, but it was only during the much later Tang Dynasty that the seed became associated with food.

Sesame paste can come in two varieties: a dark one made with black sesame seeds and a light variety made with white sesame seeds. The black version is more common in Japanese cuisine while the white version is the kind used in Chinese cooking but the two taste almost exactly alike. The seeds are roasted, which is what gives the Chinese paste its tan color.

Chinese cooks often make their own sesame paste. While commercial sesame paste is available, the homemade product is often purer since the commercial versions can have peanuts and other additives.

The main flavor of Chinese sesame paste is that of intense toasty nuttiness. The flavor can be strong to the point of overpowering other flavors in a dish, so home cooks should use it carefully. Like peanut butter, Chinese sesame paste owes much of its flavor profile to the Maillard reaction.

Along with the innate nutty flavor of the sesame seed, there is a strong toasted flavor that comes from the caramelization process.

Chinese sesame paste can bring a range of benefits related to the treatment and prevention of health problems like:

Chinese sesame paste is a key ingredient in a variety of popular dishes from all over China. In Shanghai and Chengdu cuisines, it is used as a sauce for wheat noodles along with chili pepper oil and soy sauce. In other parts of the country, it gets used in dipping sauces for hot pot and on buns. Its flavor and texture make it a versatile spread, and you can use it to enhance salad dressings.