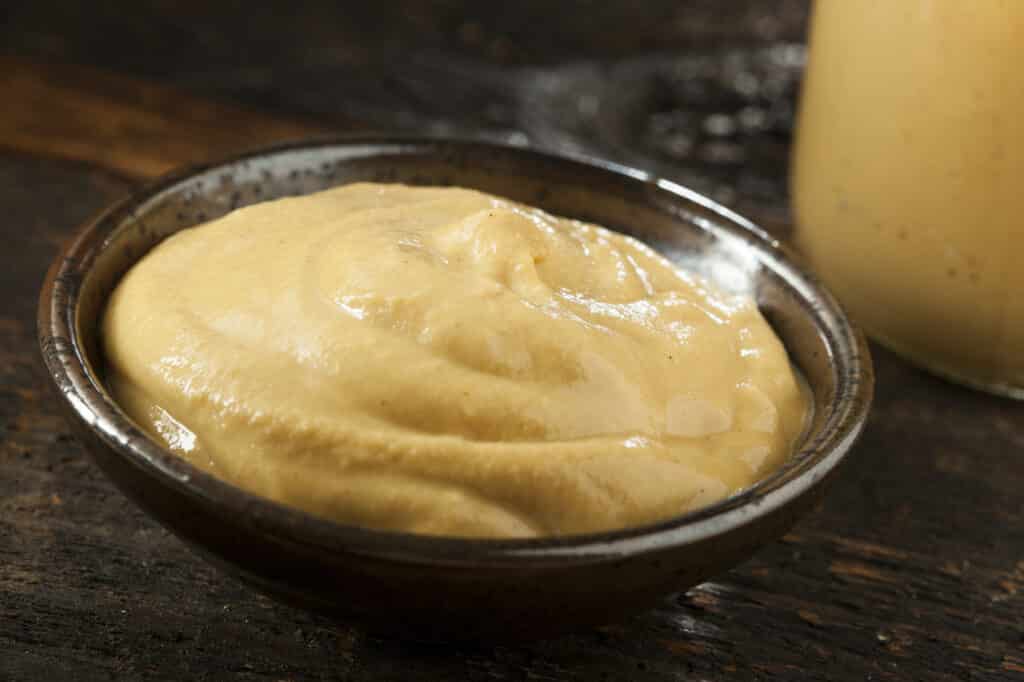 The first culinary use of mustard seed by the Chinese is not well documented but mustard greens are mentioned in Shi Jing, also known as the Book of Odes or Book of Songs written between 800 and 600 BCE. Historians believe that they were using the seeds to flavor cooking oil.

The Chinese used brown mustard mostly for its flavor but sometimes for its color as an alternative to turmeric.

During the Tang and Yuan Dynasties, the Chinese began to consume more mustard that originated in the West; however, it was more common to eat the greens from the mustard plant rather than its seeds.

The mustard seed has been a popular source of cooking oil in China for thousands of years. The seeds are also used as a pickling spice and a medicine. Chinese medicinal applications for mustard include using it to treat poor digestion and for treating excessive phlegm in the chest.

The Chinese name for brown mustard is jiezi.

What sets Chinese mustard apart is its heat, which is released when the mustard is mixed with water. The compound that is responsible for the sharp flavor can be destroyed by heat, which is why it is rare to see Chinese mustard cooked. To preserve the spice’s bite, it is usually prepared and served at room temperature. When it is used in cooked dishes, it is usually added late in the cooking process to ensure that some of its flavor will remain.

Chinese mustard is a good source of some important nutrients that can boost your health, like:

Chinese mustard is valuable for treating or preventing major health issues like: