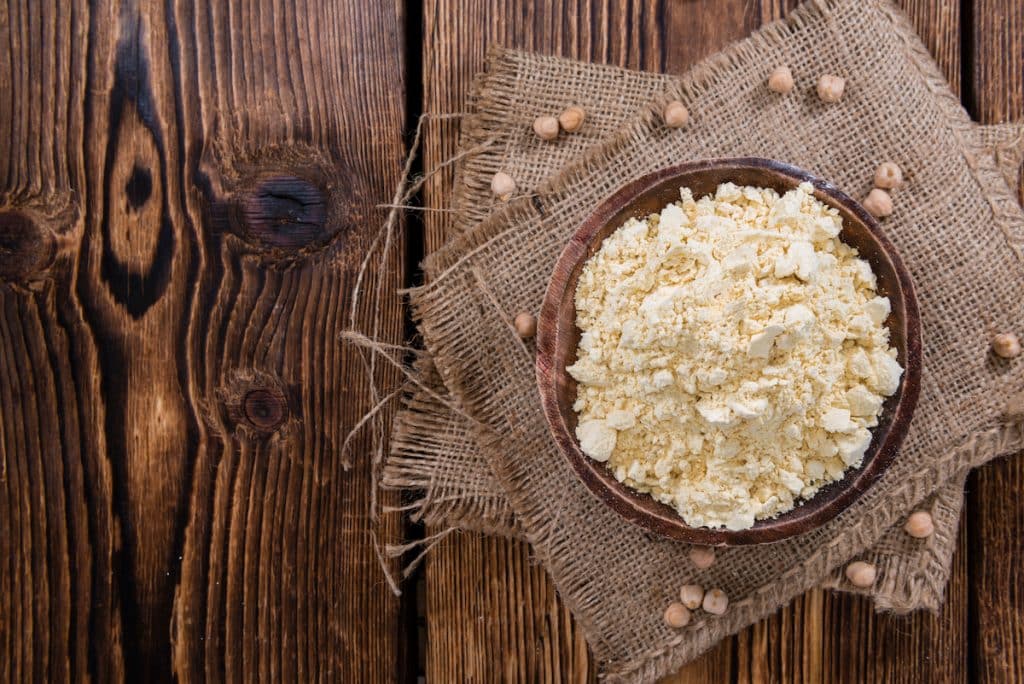 Chickpeas are the world’s most widely consumed legume. They belong to the same general family as peanuts and alfalfa and have an ancient history. Archaeological findings show that chickpeas were being consumed in the Middle East 7,500 years ago. They were being consumed in Turkey during what historians call the Neolithic period and were also eaten in Greece around 3500 BCE.

In all likelihood, they were first cultivated in the Mediterranean region around 3000 BCE. It was from there that they spread to Africa and to India. Chickpeas were popular with the Romans who used them to make chickpea flour. They used that flour to make a type of polenta. Charlemagne mentions chickpeas around 800 AD as does Nicholas Culpeper much later in the 17th century.

Chickpea flour has an earthy, nutty taste that will remind you of the legume from which it is made. The flavor may be better suited to savory preparations than sweet ones. It is important to note that chickpea flour can have a bitter taste before it is cooked. It is a taste that some people find unpleasant. Dry roasting chickpea flour or roasting chickpeas before using them to make flour can eliminate the bitterness and leave you with a stronger nutty flavor.

These nutrients and many others make chickpea flour useful for treating multiple conditions like:

Chickpea flour is often used as a substitute for wheat flour by people who have celiac disease and other conditions that cause harsh reactions to foods containing gluten. Unfortunately, this flour does not have a neutral flavor like wheat flour. As you might expect, it tastes like chickpeas. In order to mitigate its flavor, you may have to mix it with other gluten-free flours like rice flour or cassava flour; you can also combine it with wheat flour if you have no interest in avoiding gluten. If you do want to avoid gluten but are making a yeast dough, try adding some guar gum to provide the chewy and fluffy texture.

In France, chickpea flour is sometimes made into a type of polenta. The polenta is formed into logs that are sliced and fried as a type of fritter called panisse. Along with the above applications, you can use chickpea flour to dredge meats and vegetables for frying.