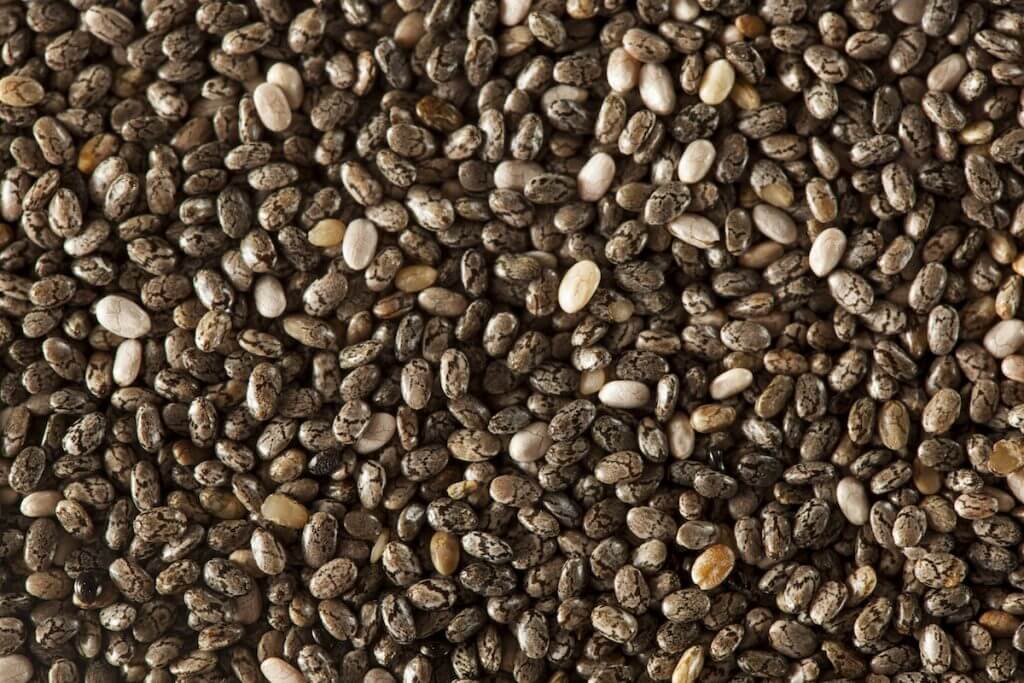 The use of chia seeds would decline with the arrival of Spanish colonists in the 1500s. They would suppress their use along with that of other indigenous foods. Chia seeds were suppressed because of their association with religion and other aspects of Aztec culture. Because of the suppression, chia seeds fell into obscurity for 500 years.

Early in the 1990s, chia would see a resurgence. Their renewed popularity came from North and South American scientists working to produce chia and other lost Aztec nutritional plants.

The easiest way to describe the taste of chia seeds is to compare them to poppy seeds. Like poppy seeds, they are small and dense while providing a satisfying crunch is used without soaking. On their own, chia seeds have a mild nutty flavor. Their subtle flavor means that they work well with other stronger flavors.

Chia seeds contain a range of nutrients that can help to treat and prevent various health conditions. Their nutrients include:

Chia seeds can help to prevent conditions such as:

Chia seeds can be ground into flour, pressed for oil and may even be mixed with water and made into a drink. The flour made with chia seeds is called Pinole. Pinole can be used to make cakes or porridge. You can use the oil from chia seeds to make vinaigrettes for salads or sprinkle it on bread.

In order to make a beverage with chia seeds, you can soak them in water or fruit juice. You can then use them to make the drink Mexicans call chia fresca.

You can sprout the seeds easily. Use the sprouts in salads or in sandwiches.