According to historians, cassava comes from South America. It most likely originated in Brazil and Paraguay. Historians also believed that it was first cultivated about 10,000 years ago and would migrate throughout Central America and the Caribbean long before Columbus and other colonials arrived in the New World. After the Europeans arrived they continued cultivating it. Cassava — also called manioc — was used aboard slave ships as rations for the slaves. This was probably how cassava made its way to Africa. The root would reach Asia via the Spanish occupation of the Philippines. 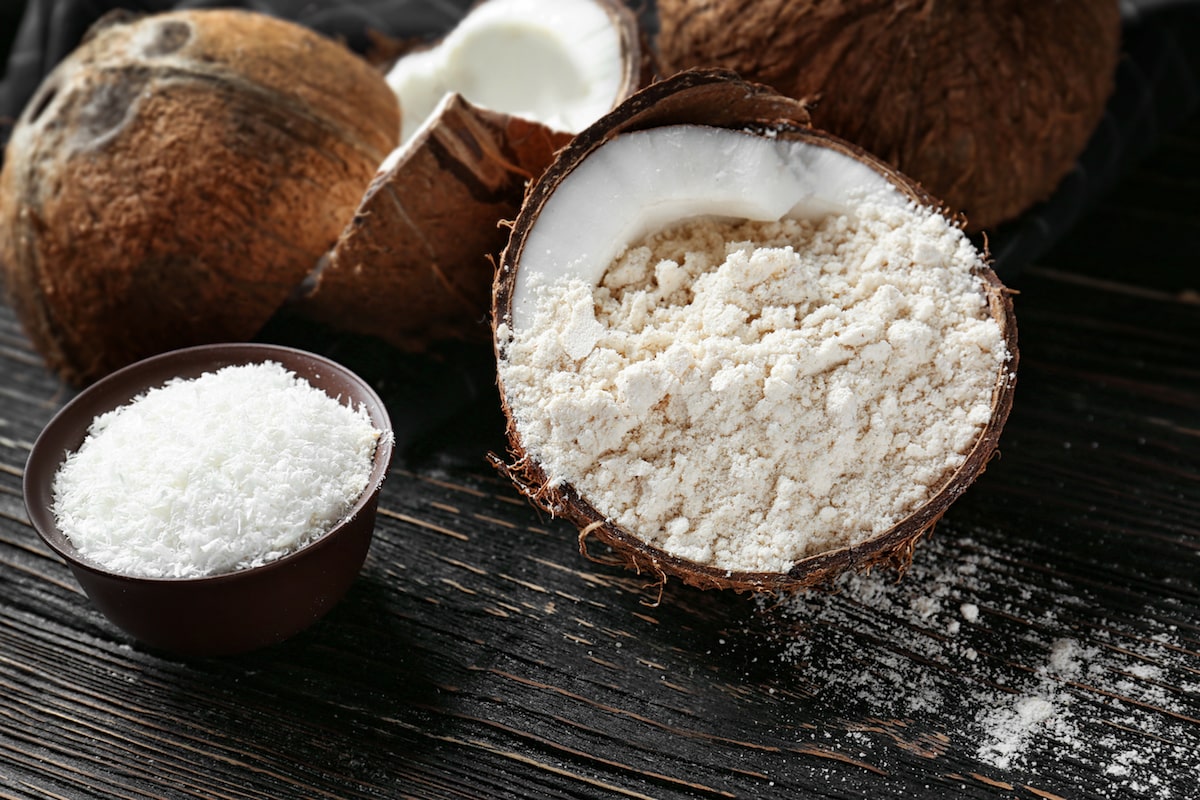 The origin of the coconut is still debated among historians, but there is some consensus that it originated in Southeast Asia. The fruits of the coconut tree were carried from there to other parts of the world via ocean currents. This is how they wound up in Polynesia, Tahiti, and New Zealand. Coconut flour comes from the white interior of the coconut, the part that is used to make coconut milk. The coconut milk is squeezed out and what is left is dried and ground to powder.

While coconut flour’s origin story has not been well documented, there is some circumstantial evidence that it originated in Polynesia or Tahiti. While coconut flour has recently become trendy in the west for use in paleo and keto diets, it appears to have its longest history of use in Polynesian and Tahitian cuisine. 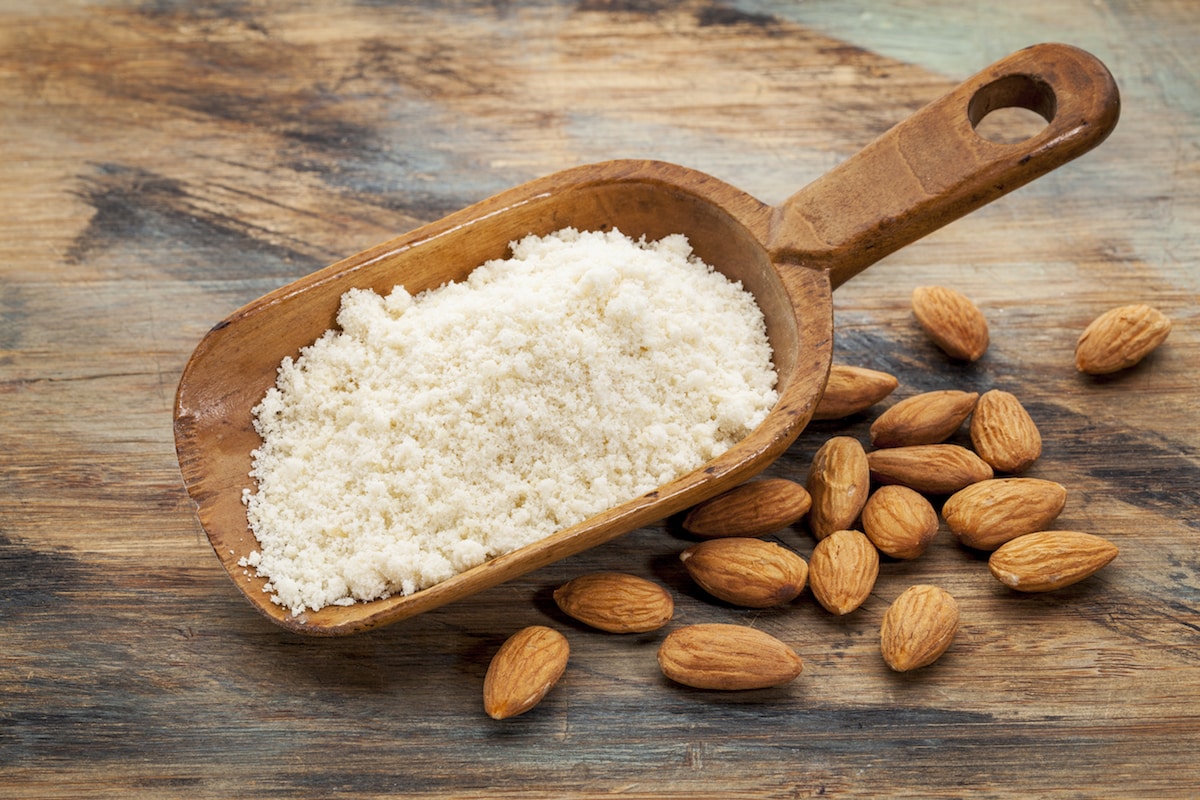 Almonds are believed to be among the oldest cultivated foods in history and are mentioned in the Old Testament. The almond originally came from the Middle East; specifically, countries like Syria and Turkey. It would eventually spread to Europe and Africa.

Almond flour and almond meal both refer to two versions of the same thing — ground almonds. The main difference being the size of the grains, with almond flour being the finer of the two. Nut flours made with almonds or pistachios were a product from the Middle East introduced first to Italy and then to the rest of Europe from there. The format by which almond flour was introduced to Europe was in a Middle Eastern cookie called maccherone by the Sicilians. These cookies would spread to France via Catherine de Medici in the 16th century. They would evolve into what we now know as macaroons. They would not reach England until almost 300 years later.

With the popularity of low-carbohydrate diets in recent years, almond flour has once again become a trendy ingredient. You can trace its resurgence back to the newfound awareness of celiac disease and gluten tolerance of the early 2000s. 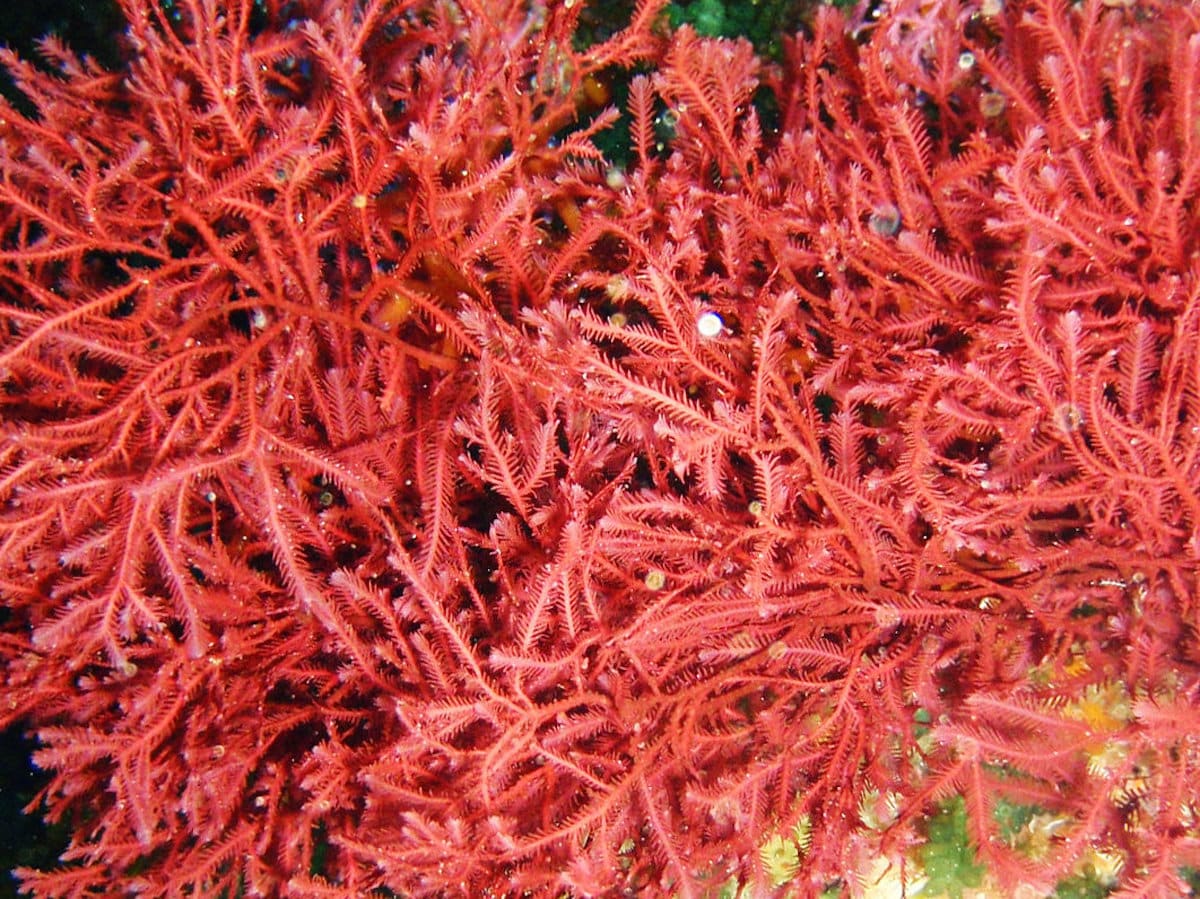 Humans have been using seaweed as a food for thousands of years and have been farming it for almost 3,000. The red seaweed from which carrageenan is extracted was in use as a medicine in China in 600 BC and as food in the British Isles by 400 BC.

Carrageenan was imported from Ireland to the US in the early years of American history up until 1835 to satisfy the demand from recent Irish immigrants. Carrageenan was an important part of the Irish diet, especially during the potato famine of the mid 19th century. In 1835, it was discovered that the seaweed from it is extracted could be found in the US, growing off the coast of Massachusetts. This discovery ended the dependence on Irish carrageenan. 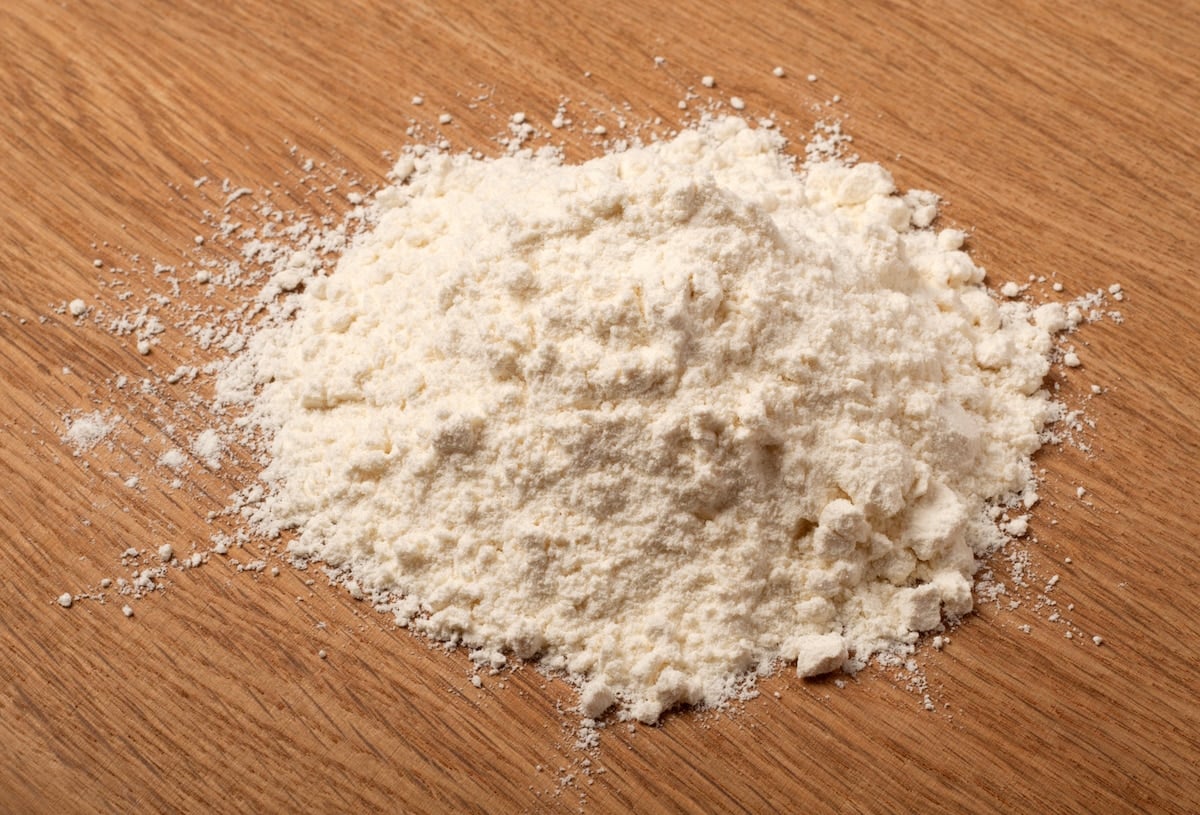 Pectin was discovered by Louis Nicolas Vauquelin in 1790 but it took more than three decades for another French scientist named Henri Braconnot to isolate it. He discovered that it was the main component in fruit that was responsible for the congealing properties that enabled gelling when the fruit was boiled with sugar. Among his discoveries were that sugar was crucial to the gelling, as was the pH. It was also Braconnot who came up with the term pectin from a Greek word for congealing or solidifying.

The discovery and isolation of pectin made the production of jams and jellies more efficient, but the knowledge of how to make them had been around for centuries. Housewives routinely dealt with gluts of fruit by combining those fruits known for their gelling properties with other fruit with other non-gelling fruit to make jams and jellies. For example, crabapples have long been known to cause preserves to gel. Crabapples could be combined with other fruits like strawberries that had little pectin and thus little gelling ability.

The use of gelatin goes all the way back to ancient Egypt, though it’s usage there seems to have been as an adhesive rather than a food. The same goes for ancient Rome, where Pliny wrote about using collagen-based fish glues. Gelatin’s first culinary applications were in 15th Century England. Made from boiled cattle hooves, gelatin dishes in this era featured meats and vegetables encased in aspic. Other medieval dishes that featured gelatin included fish jellies made with jellied eel stock.

A method to extract gelatin from animal bones was invented by a Frenchman named Denis Papin in the late 17th century.

Aspic would show up on European tables towards the close of the 18th century. The word’s origin may have had something do with the poisonous snake known as an asp, but that is uncertain. The aspics in 18th-century cuisine were savory jellies that encased savory ingredients much like the medieval versions.

In the middle part of the 19th century, an industrialist named Peter Cooper obtained the first patent for making a gelatin dessert. He never used the patent and instead sold it to a cough syrup maker named Pearle B. Wait in 1895. Wait made gelatin into a commercial food product with the addition of fruit syrup. Around this time, another gelatin maker named Charles Knox came up with a way to granulate gelatin. The first powdered gelatin was the result of his efforts. Before his work, gelatin came in large sheets that had to be soaked for long periods. 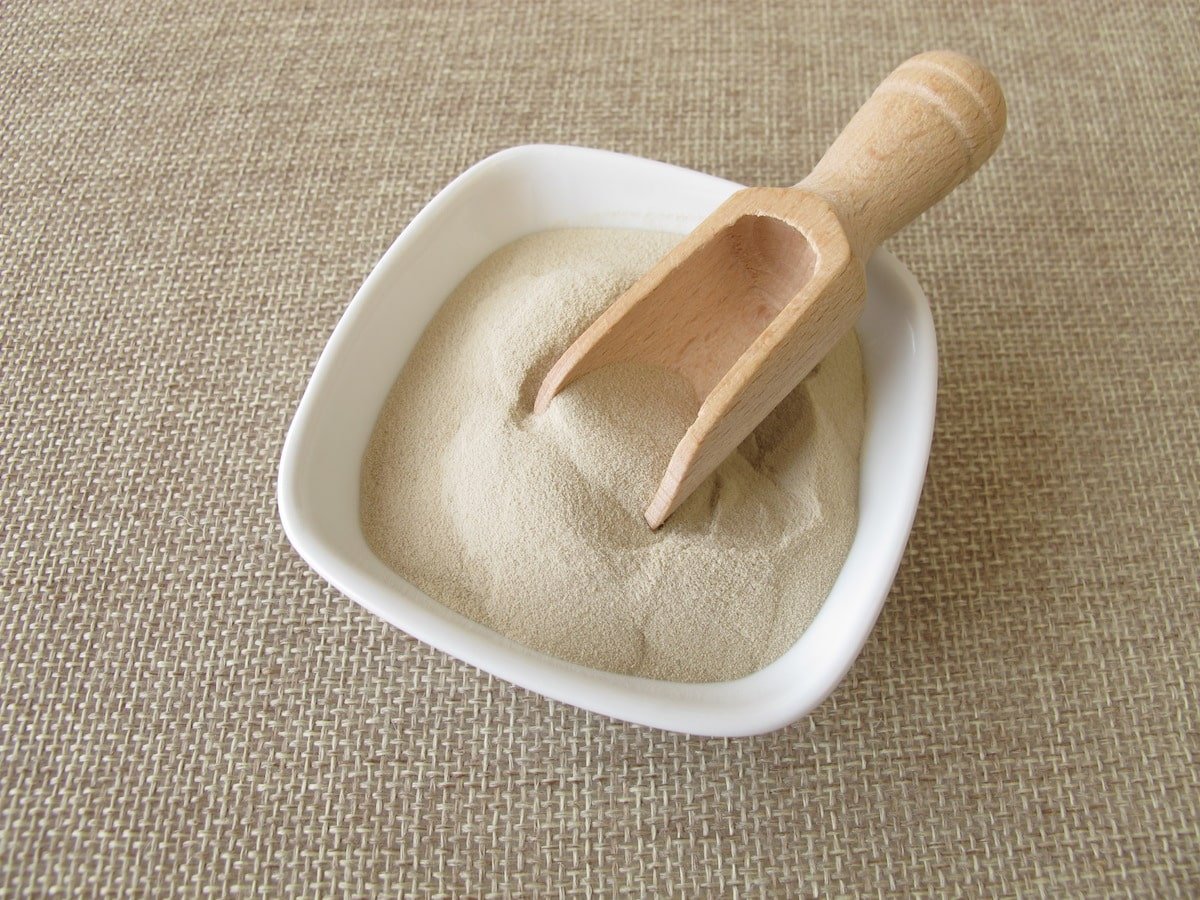 Agar agar powder is often referred to simply as agar or agar powder. Another name for it is kanten, which is the name used for it in Japan. Legend has it that agar agar powder was discovered by an innkeeper in 17th century Japan who found that some discarded seaweed soup had gelled after being disposed of outdoors on a winter night. Over the centuries since its discovery, agar agar would become a popular ingredient in Asian food. Even though it was discovered in Japan, the name agar agar is Malaysian in origin and means jelly. It may have reached Malaysia via the Dutch as they traded with Japan and maintained an outpost in Malaysia for almost two centuries.

The seaweed used to make agar agar powder is called Gelidium corneum requires turbulent water and rocky seabeds to grow. It cannot be cultivated and must be harvested wild. Much of the harvesting is done by divers, though it is sometimes harvested when it washes ashore.

Read moreAgar Agar Powder: A Gelling Agent From the Sea 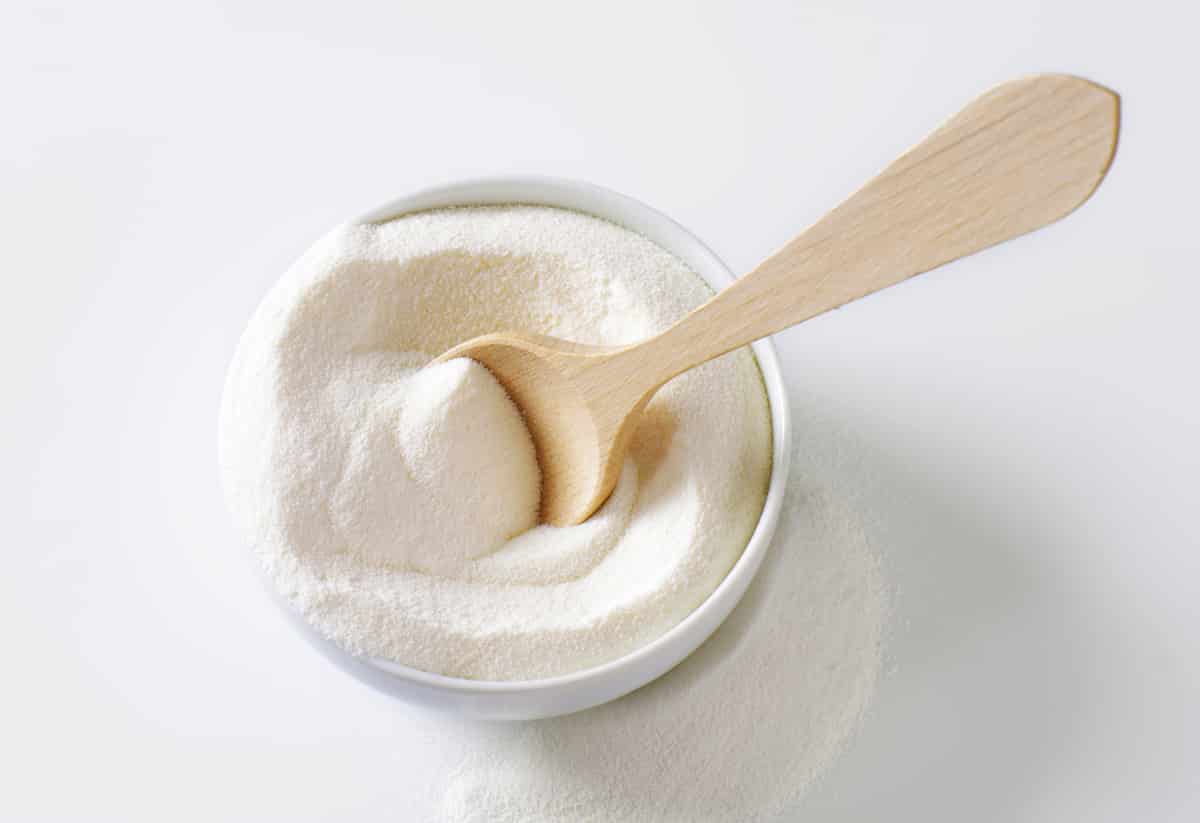 While meringue powder is a relatively new invention (most likely developed by the Wilton Brands company), there is not a lot of information on it. However, the ingredient it was invented to replace has a well-established position in the history of baking. The pastry made with beaten egg whites and that is known as the meringue is said to have been invented in Meiringen, a village in Switzerland. It was further improved in the late 1600s.