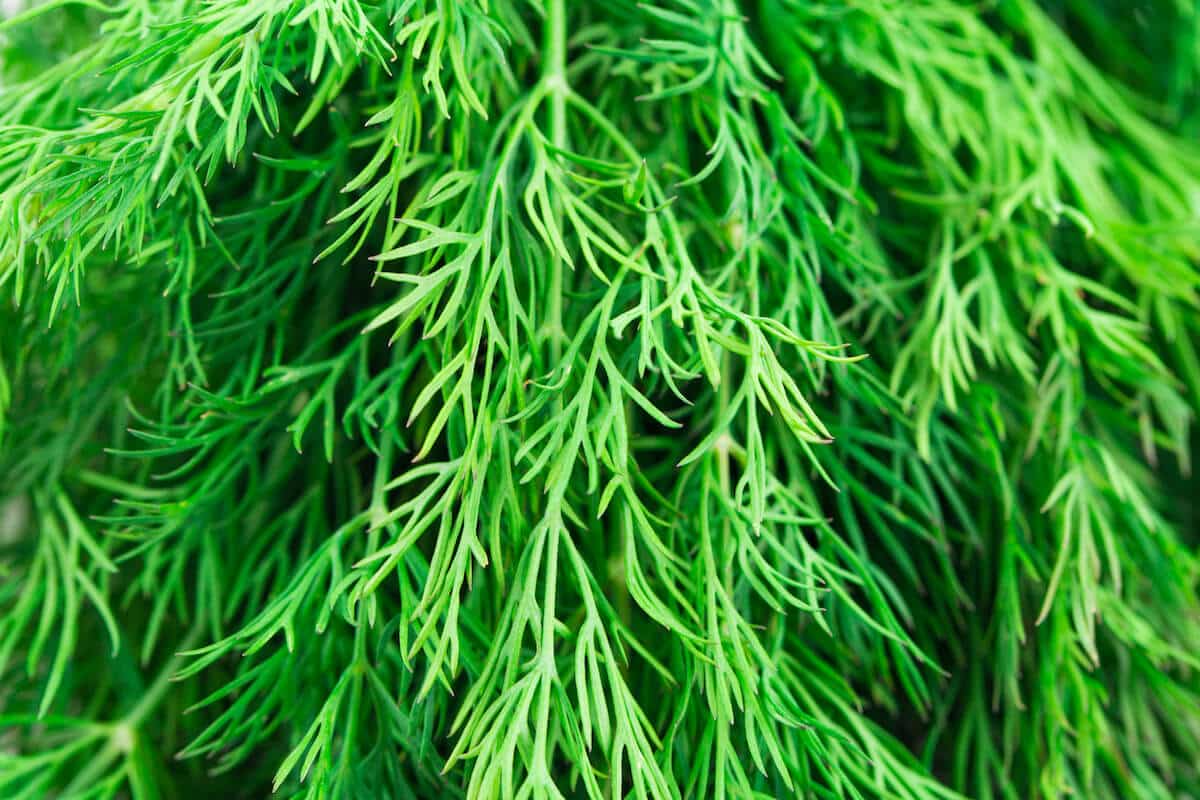 The use of dill dates all the way back to biblical times and there are recipes that use it alongside cucumber that date back to the mid 17th century. This herb’s flavor is reminiscent of caraway or anise and it has a frilly look that makes it great for use as a garnish. It is popular enough that many cooks keep some dried dill on hand. You can also find fresh dill at most grocery stores.

While dill does have a unique flavor profile, its flavor can be replicated with other herbs if you use them correctly. These herbs are all easy to find; in fact, you may have some of them in your spice cabinet right now. 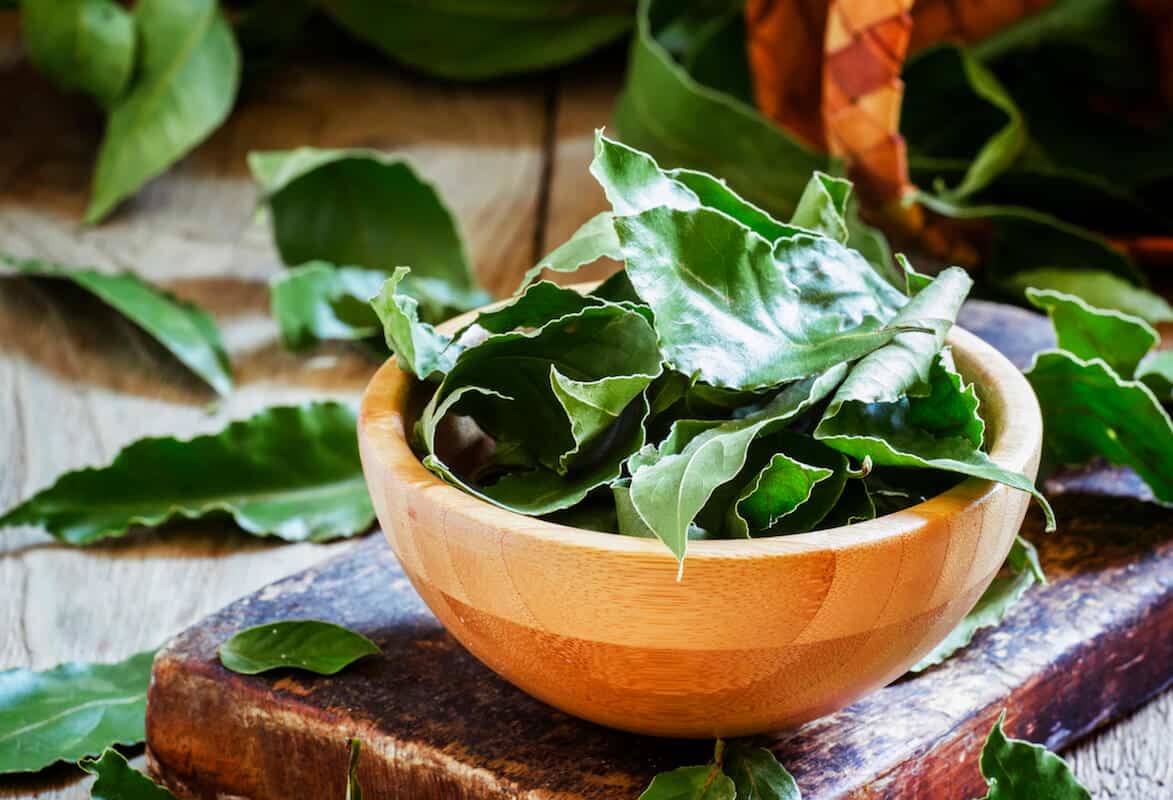 Bay leaves are among the earliest spices and have been in use since ancient times. It is one of the most widely traded as well. They are a little different from the rest of the herbs in your spice cabinet. For starters, there is the way that you use them. Unlike other herbs, most recipes that require bay leaves call for you to place a bay leaf into the pot whole and take it out before serving.

Bay leaves are from the Mediterranean region but are popular all over the world. They are usually used in dishes that require long cooking such as soups, pasta sauces and stews.

Despite the fact that the flavor of bay leaves is distinctive, several herbs can do a good job of replacing it if you have none on hand. 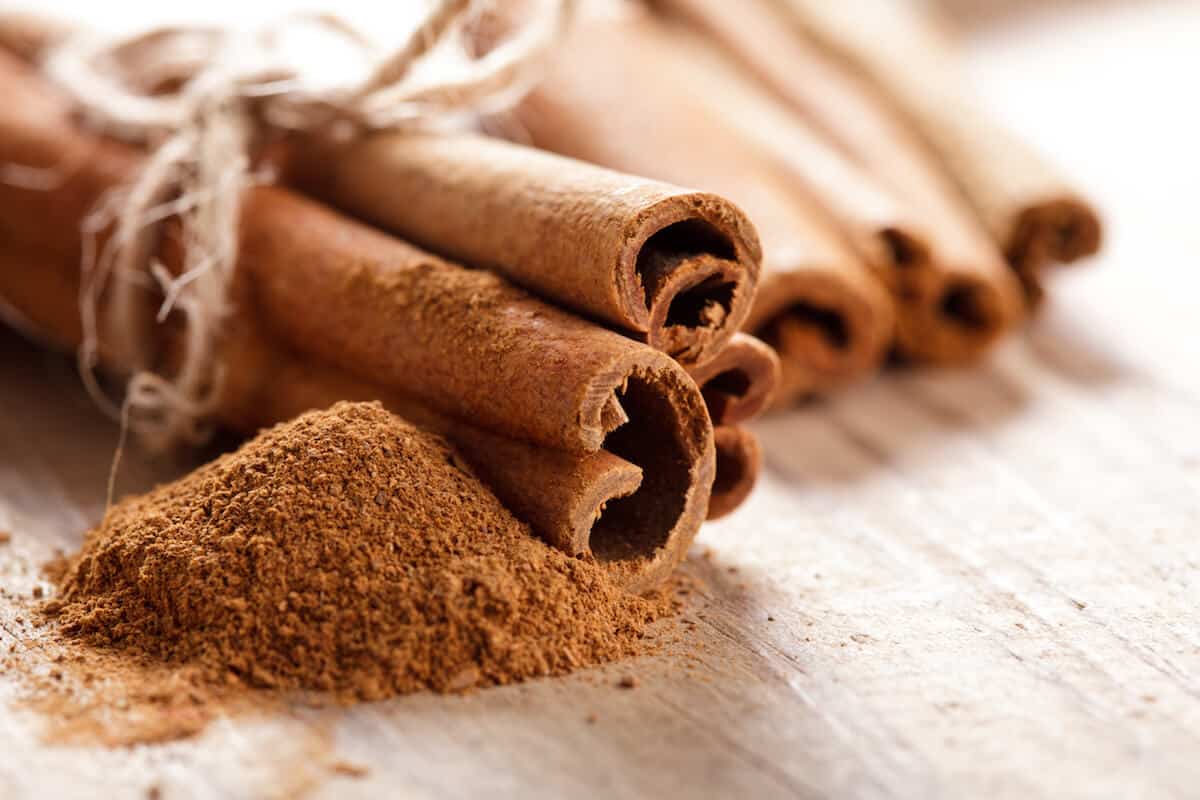 The ground cinnamon most Americans are familiar with is actually the pulverized bark of the cassia tree. Stick cinnamon is simply bark that has not been pulverized. Even though the two forms of the spice are common and widely used, you may find yourself out of one or both. Alternatively, other circumstances may be forcing you to seek a substitute. For example, one of the reasons that you may need a cinnamon substitute is a cinnamon allergy. While cinnamon allergies are not common, they do occur. Whether you have run out and need an emergency alternative to cinnamon or someone in your household is allergic to it, consider our recommended substitutes below. 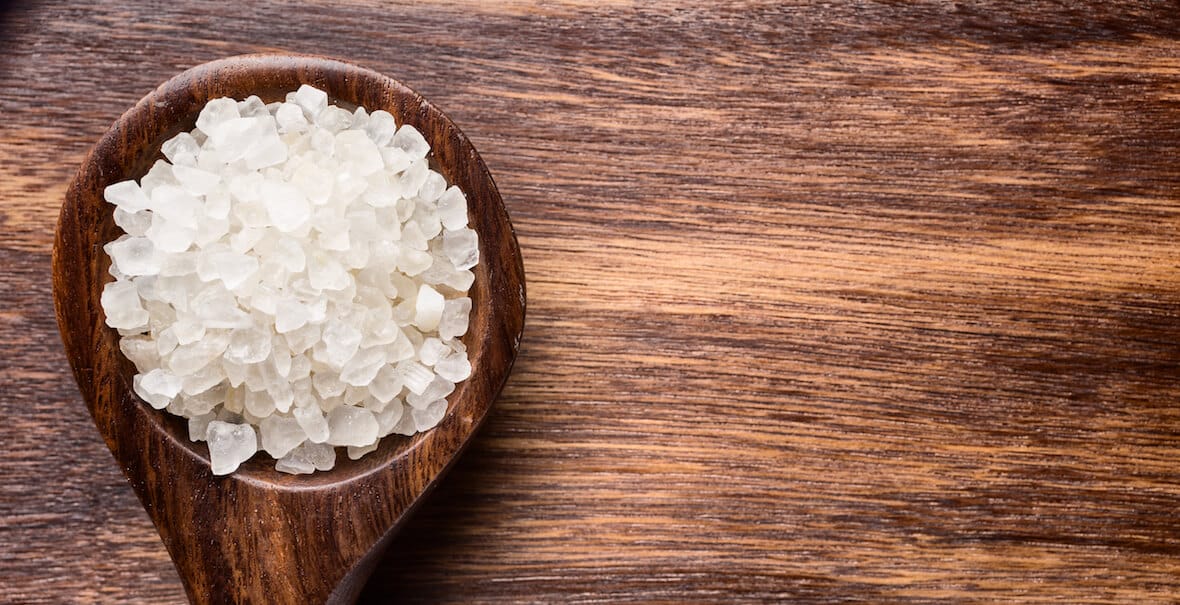 In every culture around the world, salt is seen as the most important ingredient for flavoring food. It is popular because it works; food that contains salt tastes much better than food without it. Aside from health reasons, most cooks would never seriously consider leaving salt out of their recipes. Sea salt is one type of salt that is prized for the purity of its flavor and for the fact that it has large crystals. Its large crystals make it an excellent finishing salt; it is often sprinkled onto food to provide a textural enhancement along with its flavor.

If you have run out of sea salt and are unable to find any in your local supermarket, are there any worthwhile alternatives? Fortunately, there are a few good options. If you need a substitute for sea salt, take a look at some of our suggestions below. 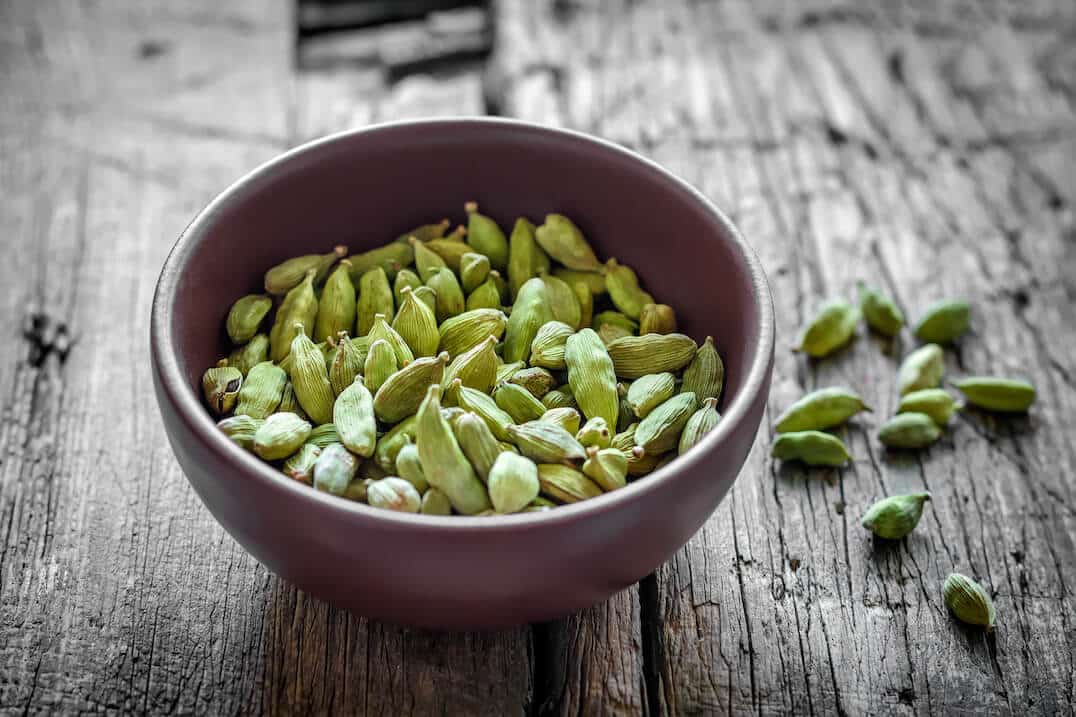 Cardamom’s flavor is simultaneously spicy and floral while also offering citrus and herbal notes. To put it mildly, it is a potent and versatile spice. Its versatility can be seen in the fact that it is used in many cuisines around the world as well as the fact that it is used in both sweet and savory applications. It is a staple flavor in Indian cuisine as well as in Scandinavian dishes. That popularity is one reason that you should try to keep some on hand. However, it is important to note that cardamom is expensive. How expensive? It is the world’s third most expensive spice with a price that is surpassed only by vanilla and saffron.

There are several reasons that you may need a substitute for cardamom such as being put off by the cost or because you are cooking for someone with an allergy. The good news is that you have options. The even better news is that you most likely have most of the options in your spice cabinet.

Chinese five spice powder is a popular and potent spice mix used in various Asian dishes. In China, its usage is limited mostly to restaurants and it is not a household staple in most regions; however, it does play a major role throughout Uyghur cuisine. It should be noted that just as with many other Asian spice mixes, there is no one specific recipe for five spice powder. Uyghur five spice powder blends are different depending on the location and can even differ by household as cooks may alter blends to suit their own tastes or those of their families.

The Chinese five spice powder mix with which westerners are most familiar includes star anise, cinnamon and Szechuan pepper along with ground fennel seeds. 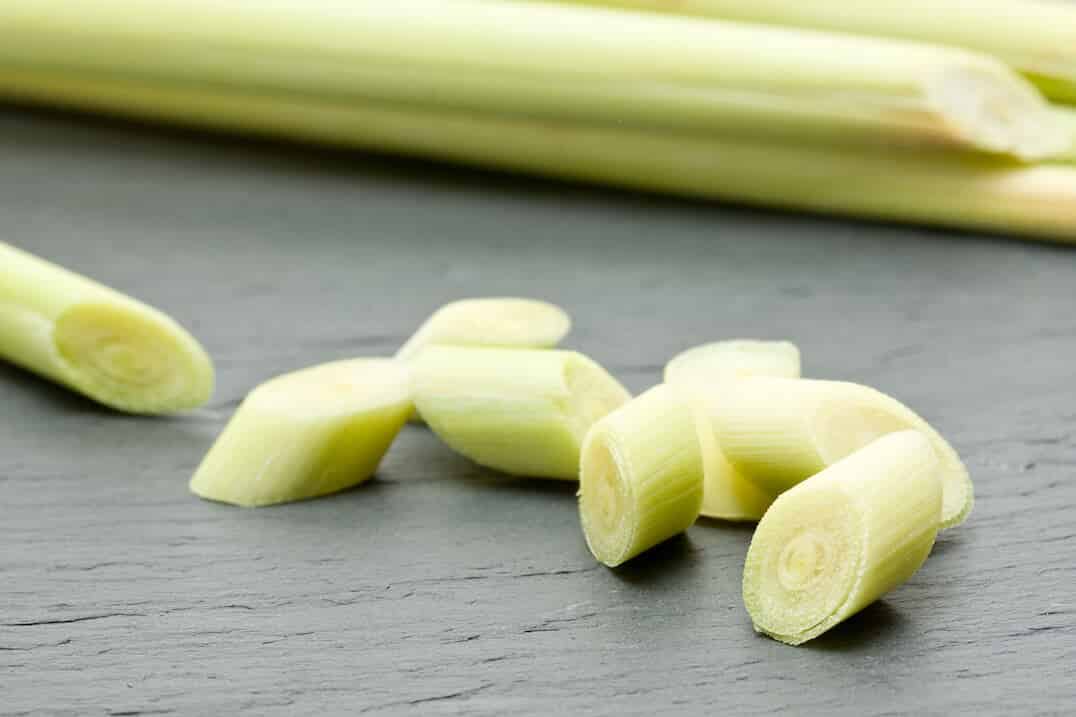 The intense herbal and lemony flavor of lemongrass is found throughout Southeast Asian cuisine. The flavor of lemongrass is not one that you can omit and still expect to have an authentic tasting dish. Having fresh lemongrass on hand is therefore a good idea if you want to cook dishes from Vietnam, Cambodia or Thailand. This herb’s flavor is a complex and difficult one to replicate; however, you do have some options when it comes to substitutes if you are out of the herb or are unable to find it in local supermarkets.

The good news is that most of the things that you can use in place of lemongrass are easy to find and you most likely already have some of them in your spice cabinet or refrigerator. 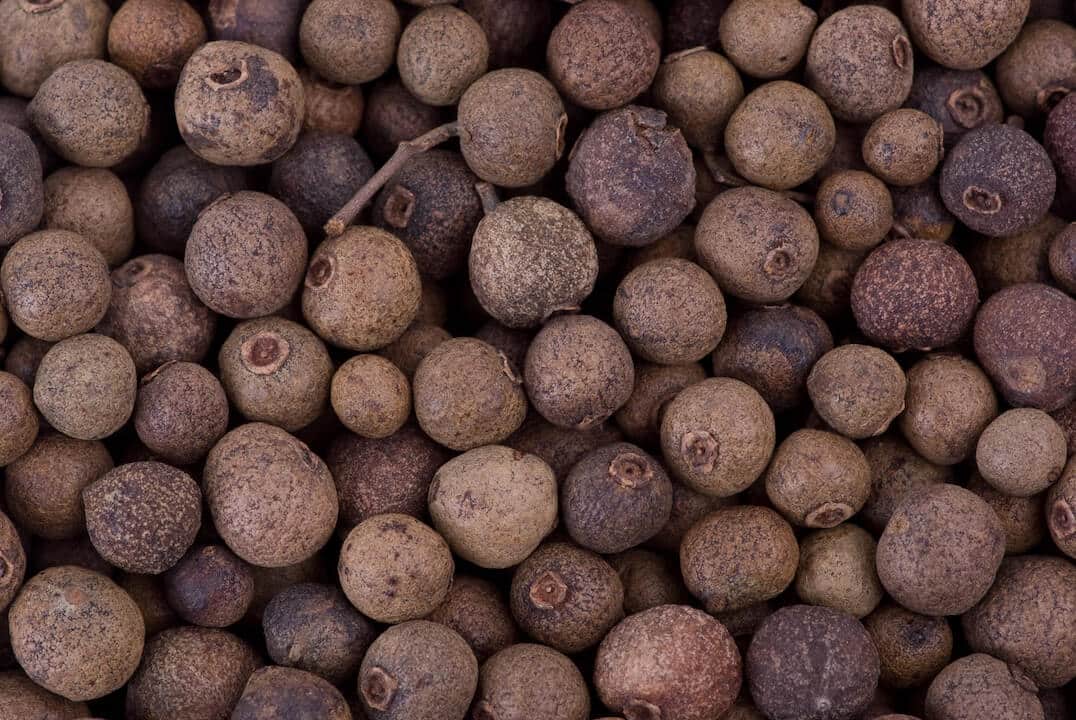 Allspice is widely used in dishes throughout the Caribbean and in Mexico. It is one of the main ingredients in Jamaican jerk seasoning. In fact, the flavor of allspice is what sets this seasoning blend apart and identifies it as truly Jamaican. If you plan on making Caribbean dishes, it is a good idea to keep allspice on hand as this is not an ingredient that you should omit without finding a replacement. If you run out or if you cannot find allspice in your local supermarket, you will need to find an alternative to allspice that provides the same or similar flavors. Fortunately, there are several ingredients that you can substitute for allspice and you may already have them on your spice rack.