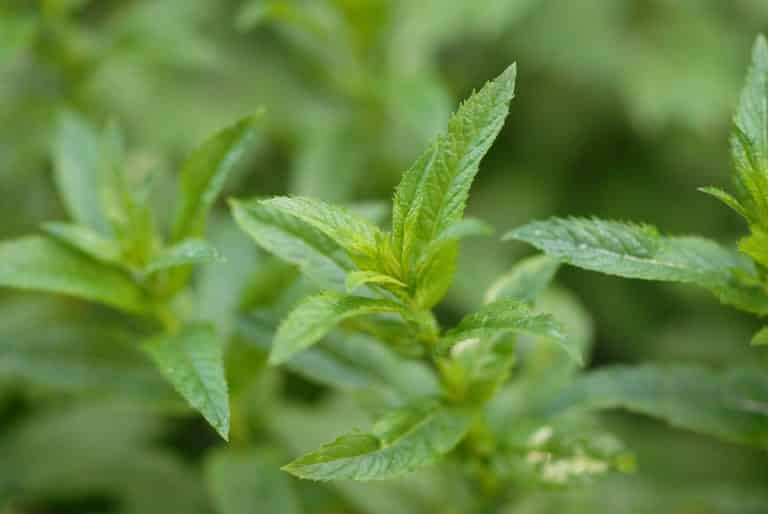 Peppermint is a hybrid of spearmint and watermint that occurs naturally. You can find it growing wild all over Europe and North America, though historians believe that its origins lie in the Mediterranean region.

Both Aristotle and Alexander the Great considered peppermint an aphrodisiac, the latter forbade its use by his soldiers. He felt that consuming the herb would rob them of their will to fight. The Arabs had a similar view of peppermint and served it in beverages meant to enhance the libido.

Icelandic pharmacopeias from the 13th century make mention of the herb. 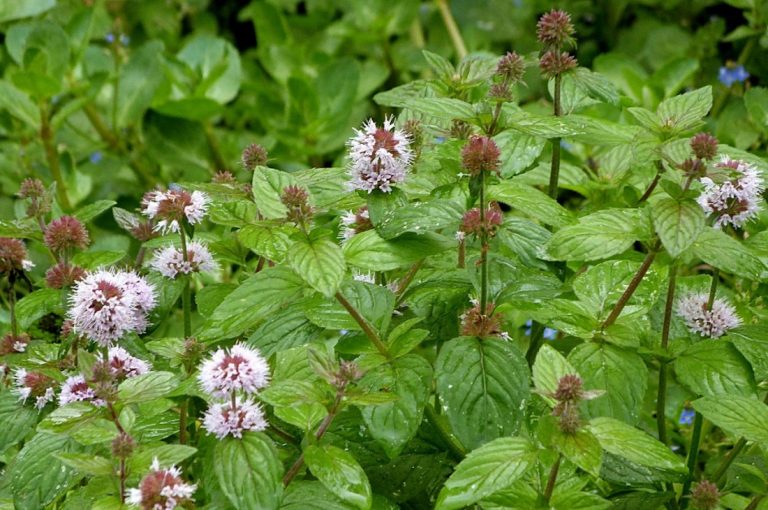 Watermint is a member of the mint family, one that has been in use since the time of the Ancient Greeks. Some historians believe that watermint is the mint referred to in Greek myth of Menthe, the nymph who was turned into the mint plant by jealous Persephone. They also believe that it is watermint that is used by Philemon and Baucis to scrub tables as mentioned in the writings of Ovid. Both the Greeks and the Romans used members of the mint family as a part of the ritual for preparing dead bodies to be interred. It was used for its aroma, which helped to mask the smell of decay.

The use of watermint or pennyroyal to scent bath water was another practice common to both Ancient Greece and to Ancient Rome.

In the Middle Ages, watermint leaves were scattered on the floors of banquet halls as a kind of air freshener. As guests entered and moved around, the leaves would be trampled and release their fragrance. 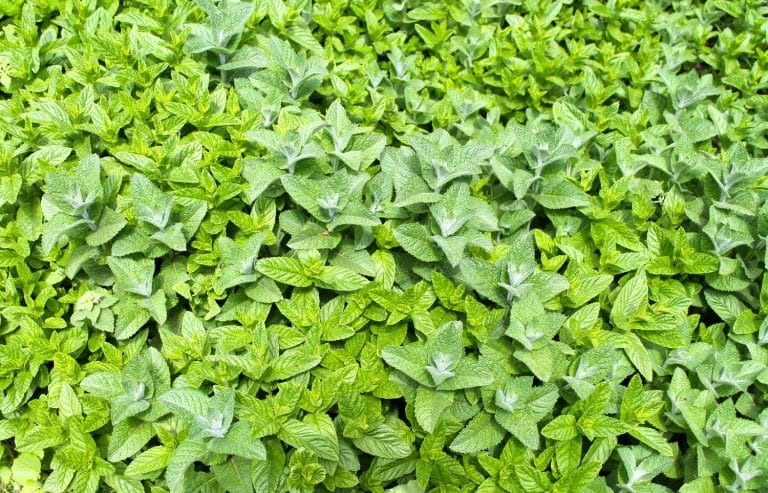 Ginger mint is a mint varietal that is grown in Europe and Asia. It goes by several names including Scotch mint and Vietnamese mint. Its Latin name is Mentha x gracilis. It is a hybrid between spearmint (Mentha spicata) and corn mint (Mentha arvensis). It does not grow in the wild.

The species to which ginger mint belongs has been used since the time of the Ancient Egyptians and is mentioned in the Bible. The Roman poet Ovid wrote about mint and it was a popular flavoring for sauces in Ancient Rome. The Romans would finish off their meals with a mint sprig to freshen breath and enhance digestion. Ancient Ayurvedic texts list mint as a stimulant for the appetite. In Europe, mint continued to be a beloved herb in the Medieval era with mint sauce being a favorite condiment that was said to enhance appetite. During this time, it was also used for treating illnesses of the stomach.

Spearmint has a much longer history than ginger mint and is thought to have arrived in the US from Europe with the first pilgrims. According to some accounts, Native Americans used mint as a treatment for toothaches, fevers and intestinal ailments.

Ginger mint is believed to be a relative newcomer to America having been brought to Wisconsin in the late 1960s. Today, Wisconsin is one of the main producers of mint in the US. It is one of the eight US states where the herb is cultivated on a commercial scale. 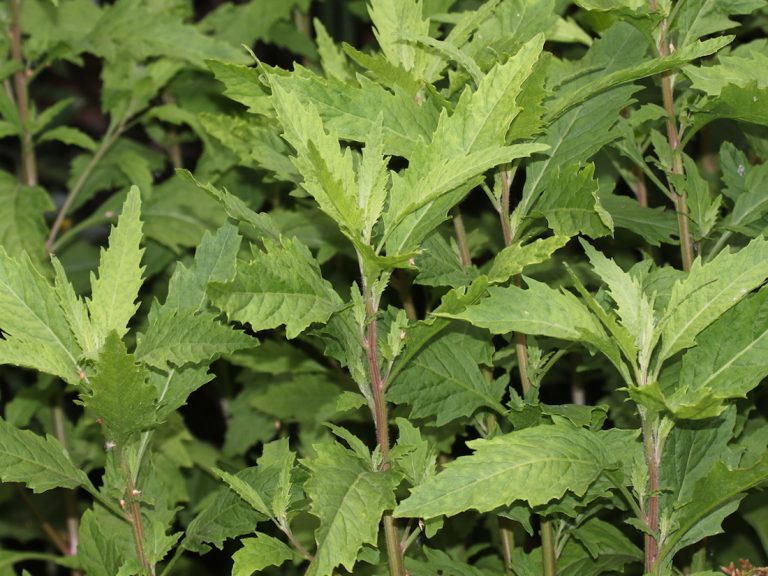 Epazote is a Central American herb that has a history of use dating back thousands of years to the Aztecs and the Mayans. They used it both for its medicinal value and as a culinary herb. The main use of the herb by both these civilizations was medicinal.

Among the different names for this herb are payqu and skunkweed. The epazote name comes from two Aztec words that translate to skunk and another word that can mean excrement or sweat. The name comes from the fact that the herb is highly aromatic. The name of its species is Dysphania ambrosioides. The ambrosioides comes from ambrosia, the food of the mythical Greek gods. This name was likely given because of the smell.

Epazote would be transported from Mexico to Spain in the 16th century and would thrive there. From Spain, it would spread around the world. It has been found as far afield as Tibet and India. A variety of it called wormseed grows all over the US as a weed. Wormseed is viewed as an invasive plant. It should be noted that the wormseed variety is different from the culinary variety.

Stevia comes from a plant related to ragweed that grows in the Amambay Mountain range in Paraguay. It was known to the Guarani people of that region long before the European colonists arrived. The Guarani people recognized the herb’s powerful sweetening ability and used the leaves to mute the bitterness of mate, a steeped beverage similar to tea. It was also used to make medicinal compounds more palatable.

Conquering Spaniards documented the extensive use of stevia among the locals. The Spaniards themselves would eventually begin using the herb. Its use eventually spread to other South American countries. 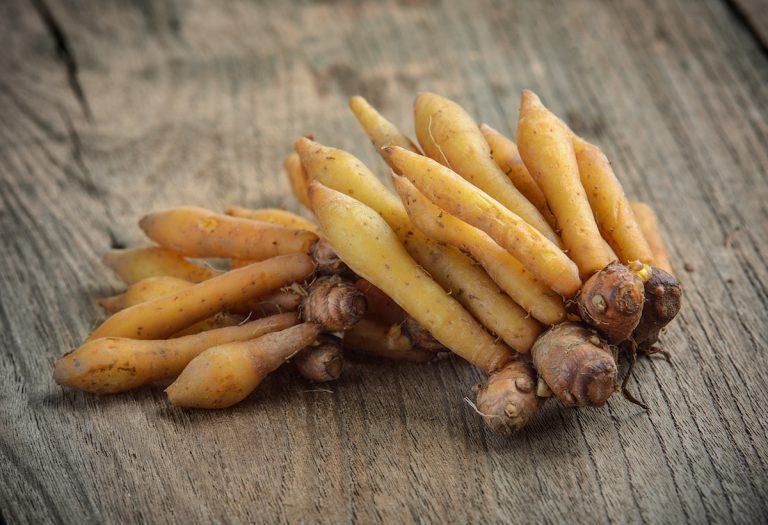 Fingerroot is a rhizome in the ginger family that is shaped like a hand with the fingers extended, hence its name. It is native to the Yunnan Province in China and you can find it in Malaysia as well. Thai cooks refer to fingerroot as krachai; Malaysians call it temu kunci. In English, it is also known as Chinese ginger in addition to fingerroot. Parts of the plant have long been used by the Nicobarese tribesmen of the Nicobar and Andaman Archipelago. Fingerroot is one of the many herbs used by the islanders for their medicinal benefits. The tradition of using plants as medicine in this part of the world goes back to the time before recorded history. 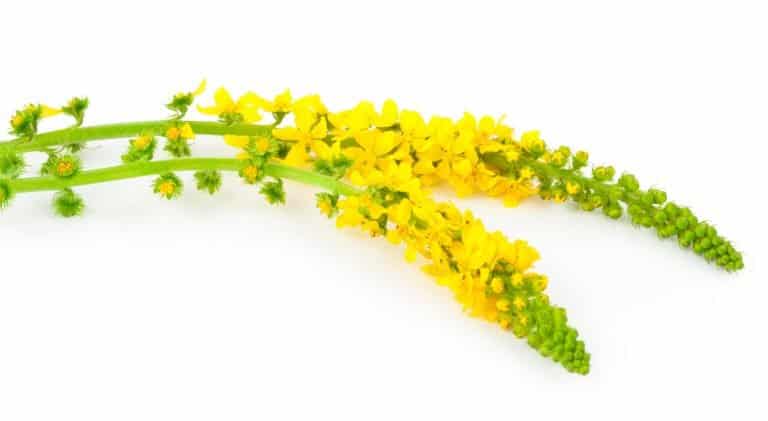 Agrimony has quite a few names including liverwort and cockleburr. The cockleburr was given to it because its seeds tend to stick to the clothes of passersby. It is a member of the rose family that originates in Africa and has been used as medicine for centuries. Its Latin name is Agrimonia eupatoria. The first part of its name comes from argemone, a Greek classification for plants that they considered curatives for the eyes. The latter part comes from the name Mithridates Eupator, the king of Pontus. In order to develop an immunity to poisons, he is said to have taken sub-lethal doses of herbal and animal toxins. 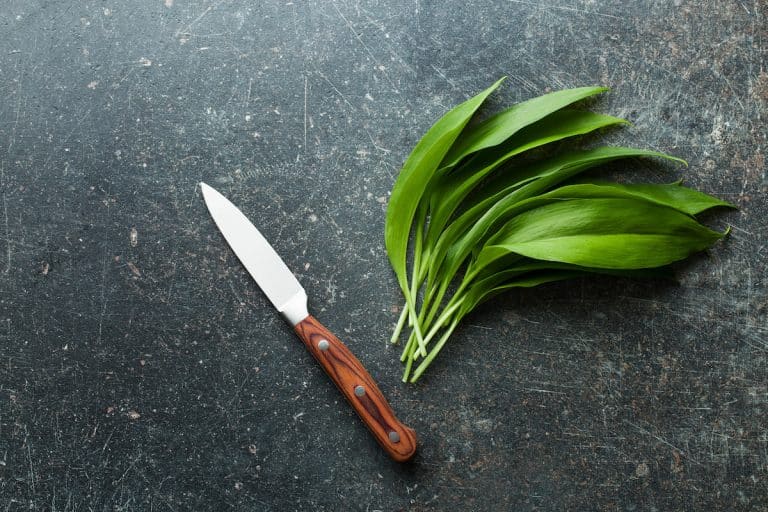 Allium ursinum is known and used all throughout Europe, which is where its origins lie. Its name varies from region to region and is usually a local translation of the word bear and the word garlic. The legend that may be the source of the name states that bears eat wild garlic upon awakening from their winter hibernation. Archaeological finds indicate that it was being used as far back as the Mesolithic period in certain parts of Northern Europe. In Germany, wild garlic has become a trendy herb in recent years and there are festivals held to celebrate it in cities like Erbach. Erbach holds a month-long spring fair to celebrate this herb each year. In England, wild garlic can go by the name ramson. Ramsons comes from the Old English hramsa, which means rank or bitter. Cattle that consume wild garlic are said to produce milk that is rank.