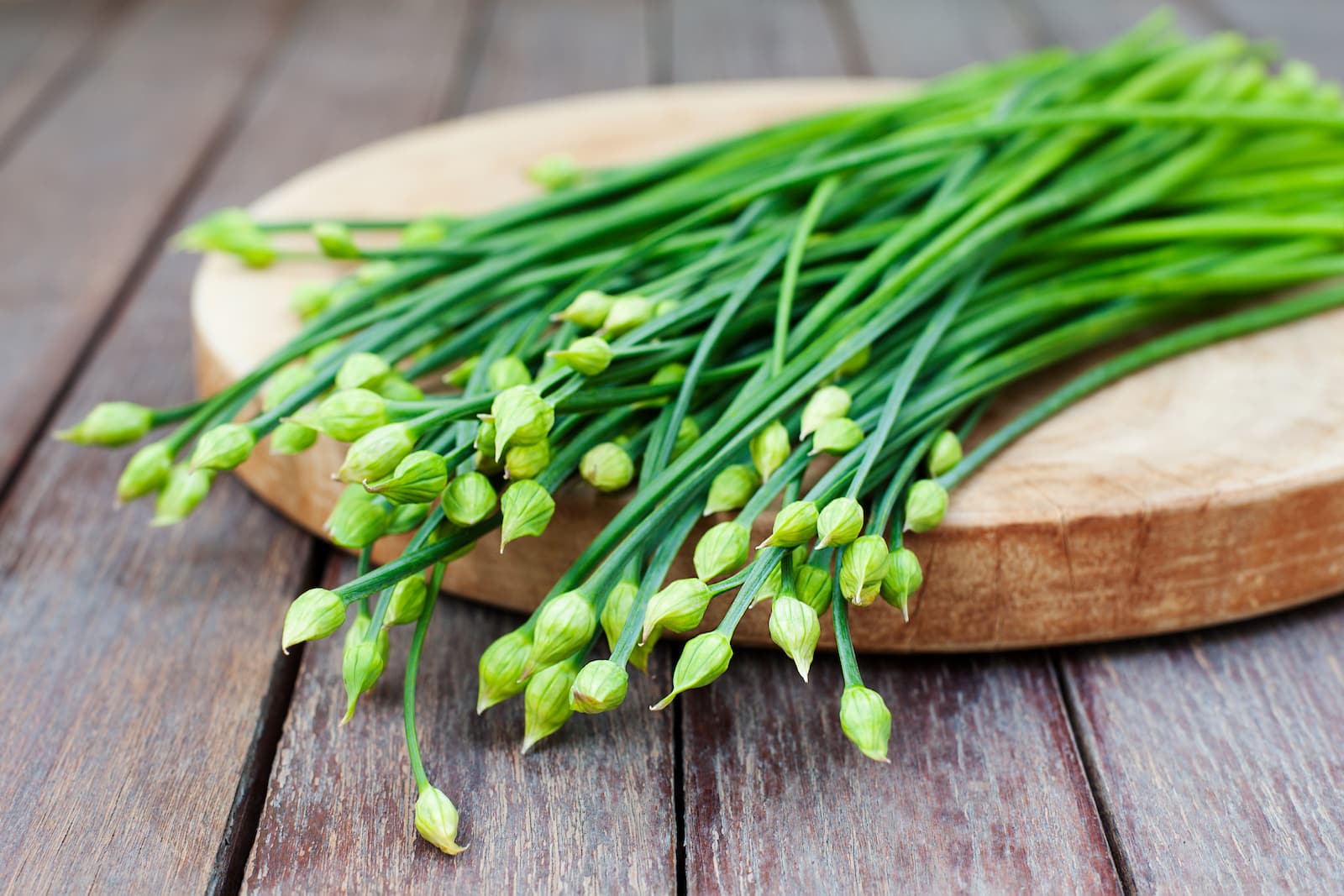 Garlic chives are native to East Asia. This herb can be found all over the continent from Mongolia to the Philippines. Garlic chives have been cultivated in China for more than 3,000 years. This herb was also documented as having health benefits in ancient Chinese medical texts written during the Ming Dynasty. Garlic chives were prescribed to treat joint and muscle pain as well as frequent urination.

It is important to note that garlic chives differ from garlic scapes, which refers to the green part of the garlic plant. They are related to garlic scapes and share many of the same properties but are also dissimilar in some ways.

Garlic chives go by several names in addition to its Latin name, Allium tuberosum. You will sometimes see garlic chives referred to as Chinese chives or Chinese leeks.

Read moreGarlic Chives: The Herb For A Milder Garlic Flavor 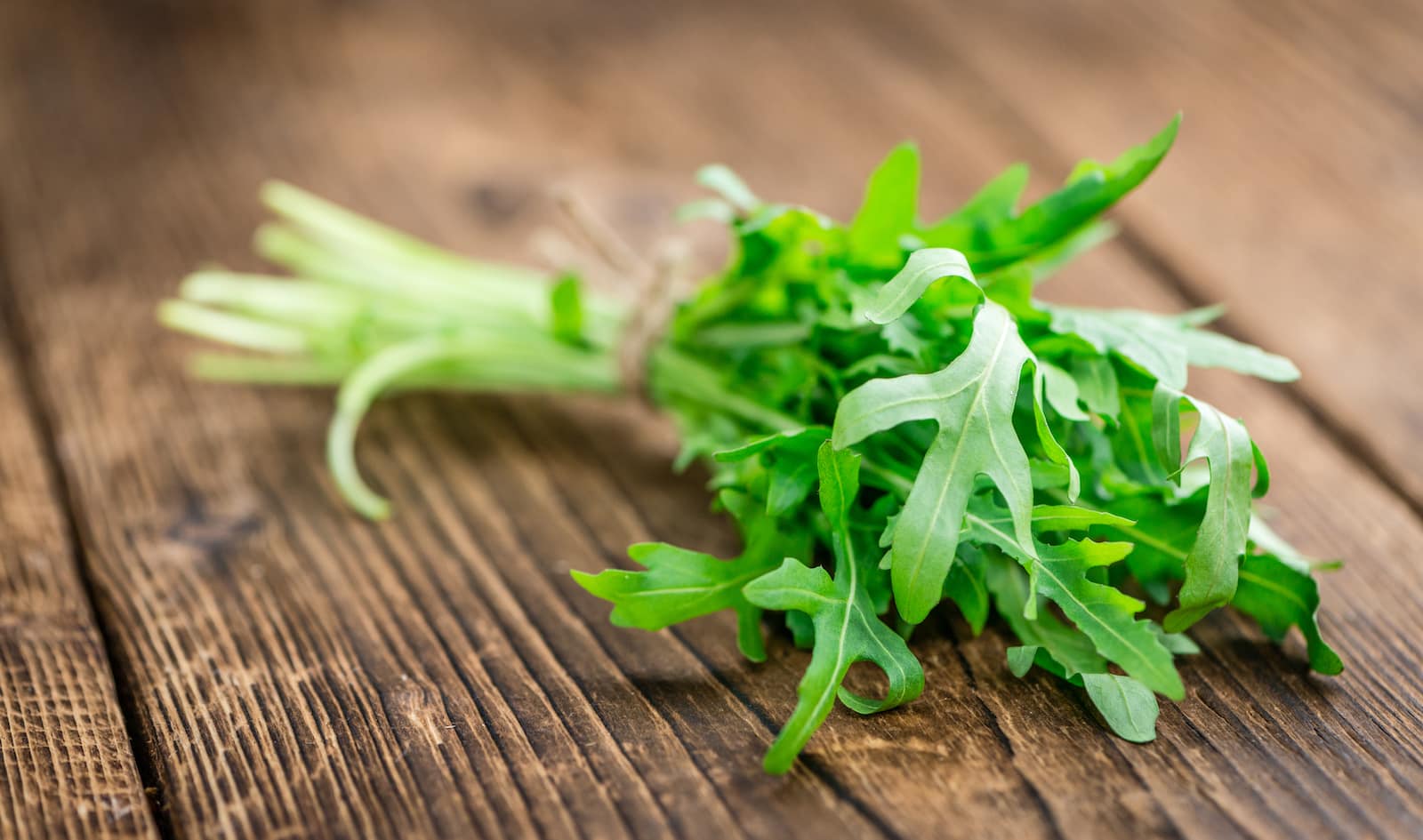 In Ancient Egypt and Ancient Rome, arugula was well known and cultivated for its leaves and seeds. Virgil considered it to be an aphrodisiac for drowsy people. The leaves formed a part of a first-century Roman salad that featured other vegetables and herbs still in use today, including romaine and lavender. At the time, arugula seeds were also used to flavor oils.

Pliny the Elder mentioned arugula in his Historia Naturalis. In addition to noting its use as an aphrodisiac, he documented another way to use it: as an anesthetic. Over the centuries after, arugula would make its way throughout Europe and its popularity would rise and fall both on the European mainland and in the British Isles. Arugula would remain popular in Italy and would eventually be brought to the U.S. by Italian immigrants. It would be popular mainly among this population throughout the 19th century and most of the 20th. 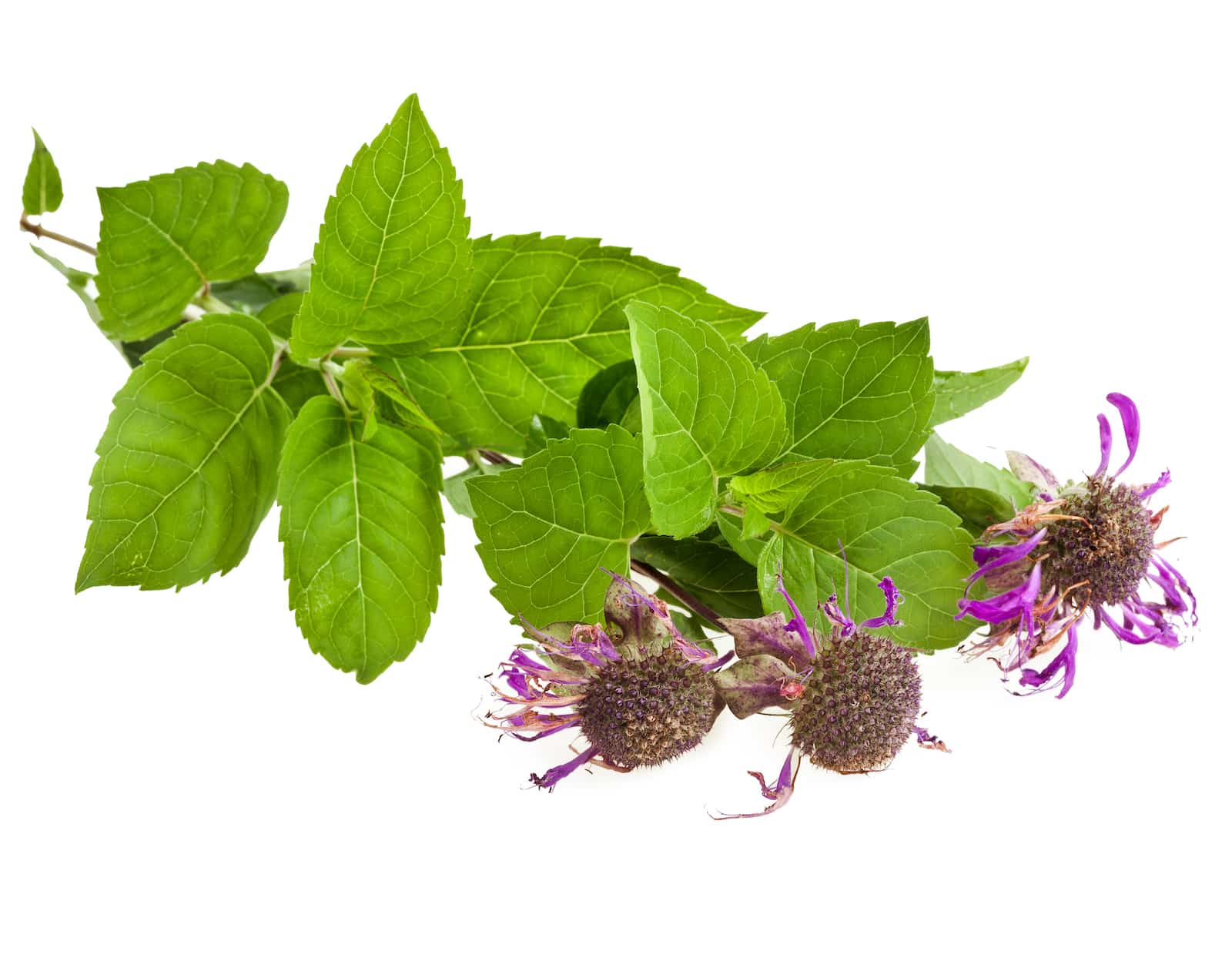 The term bergamot typically refers to either an extract from a citrus fruit (Citrus bergamia) and the fruit itself, or to a North American herb (Monarda didyma).

The herb is a member of the mint family with leaves that look similar to those of spearmint, while the fruit has the appearance of a lime.

The bergamot herb is associated with the Oswego tribe from the northern part of New York state. They used it to make a medicinal tea that would increase in popularity among colonists after the Boston Tea Party. 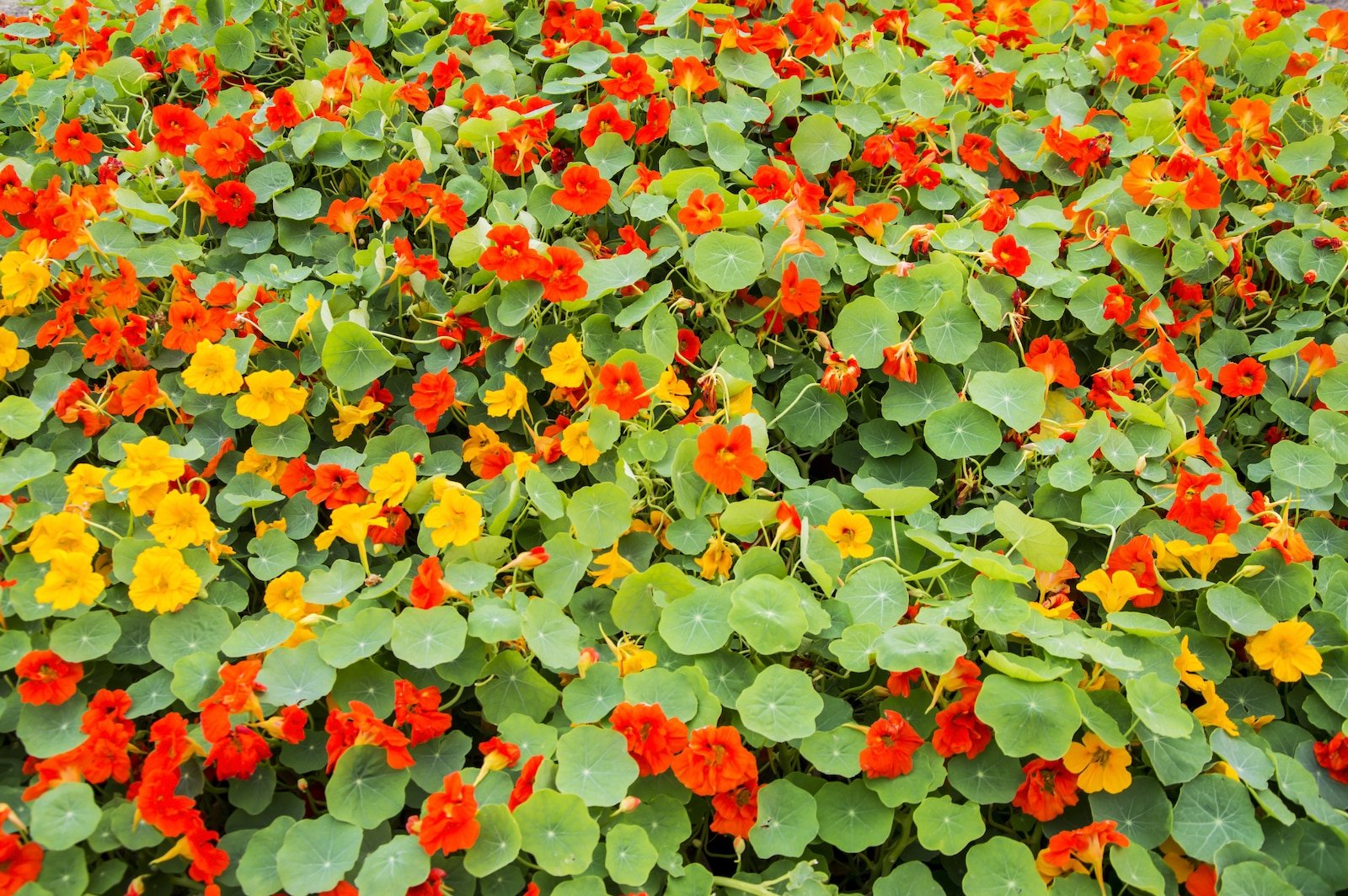 The origin of nasturtium is in Central and South America. It is native to Peru and to Chile. The Inca people consumed nasturtium in much the same way that it is used today, which is mostly in salads. The plant …

Read moreNasturtium: Much More Than An Edible Flower 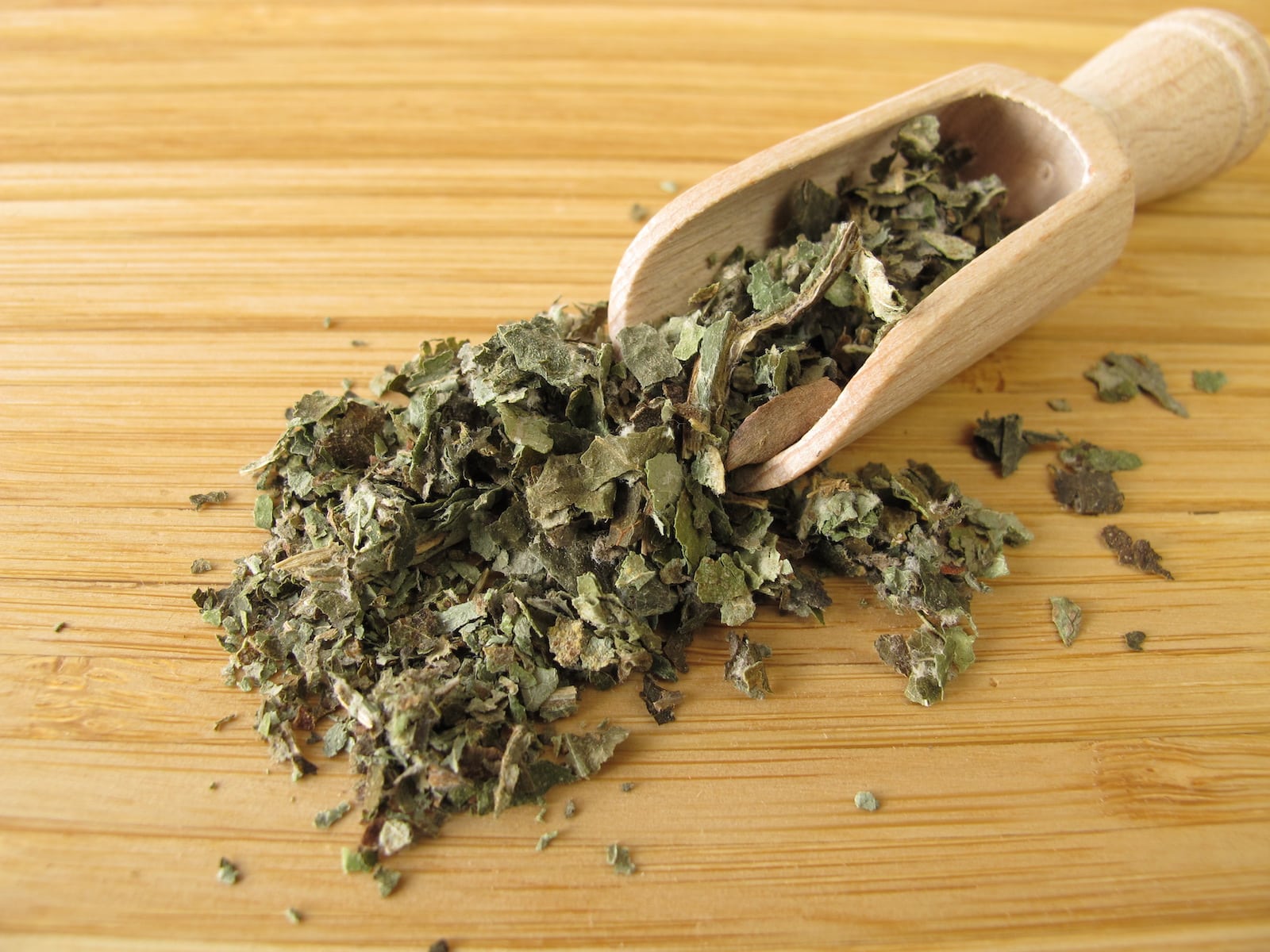 Butterbur is a herb belonging to the Asteraceae family, which makes it a relative of the dandelion, arnica, and of feverfew. It originated in Asia and can be found growing there as well as in parts of Europe and North America. It has a preference for wet ground and is typically found growing in marshes and other damp areas. Because it is native to Asia, it is considered an invasive species. It spreads very quickly in the right environment.

In Ancient Greece, the broad leaves of the butterbur plant were once used as hats by Greek shepherds. The hats were called petasos, which is the origin of the plant’s Latin name: Petasites hybridus. The butterbur name comes from the fact that the leaves were used as a wrapping for butter during warm weather. They kept the butter cool. Butterbur’s other names include lagwort, which is what it is called in the UK. It is also sometimes called bog rhubarb or coltsfoot.

Dioscorides wrote about butterbur in the 1st century. He recommended the leaves as a treatment for skin ulcers. The leaves were to be pounded and applied topically. In the 1500s, Gerard wrote that dried and powdered butterbur root that was mixed with wine was a good treatment for plague because it acted as a diaphoretic. A century later, Nicholas Culpeper would write that butterbur was a tonic and good for treating shortness of breath. At around this time, butterbur was also being used to treat wounds. 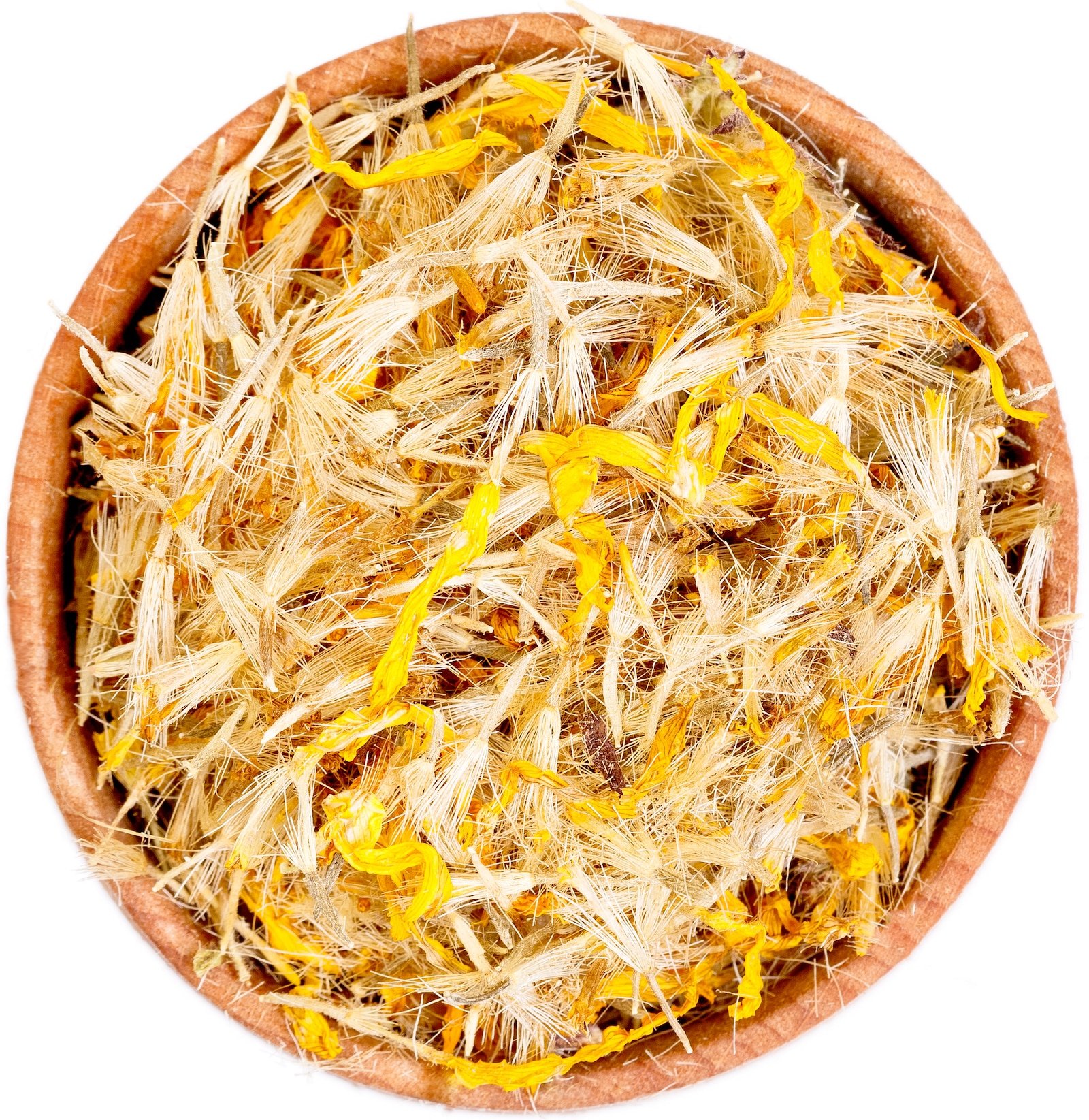 Arnica is an herb in the dandelion family that originated in Central Europe and Siberia. You can also find it in the US and in Canada. Arnica has been used for centuries for its medicinal properties. Both Europeans and Native Americans discovered the value of the plant independently of each other. Native Americans used to smoke arnica, which (in addition to the fact that it grows at high altitudes) led to one of its many nicknames: mountain tobacco. Swiss mountain guides were said to chew its leaves while climbing and the herb was believed to prevent fatigue. Arnica is still often used in Mexican traditional medicine.

One early documented use of arnica was in the 16th century when it was used to treat fevers and poor digestion.

Arnica would become a mainstay of homeopathy in the 19th century based on the research of Samuel Hahnemann, the German physician who created homeopathy. Arnica was also praised by early homeopathic physician James Tyler Kent.

The Latin name for arnica is Arnica montana while the German name is fallkraut. The name arnica comes from the Greek word arna, meaning lamb. The leaves are coated with fine hair, which may be the reason it is likened to lambs. 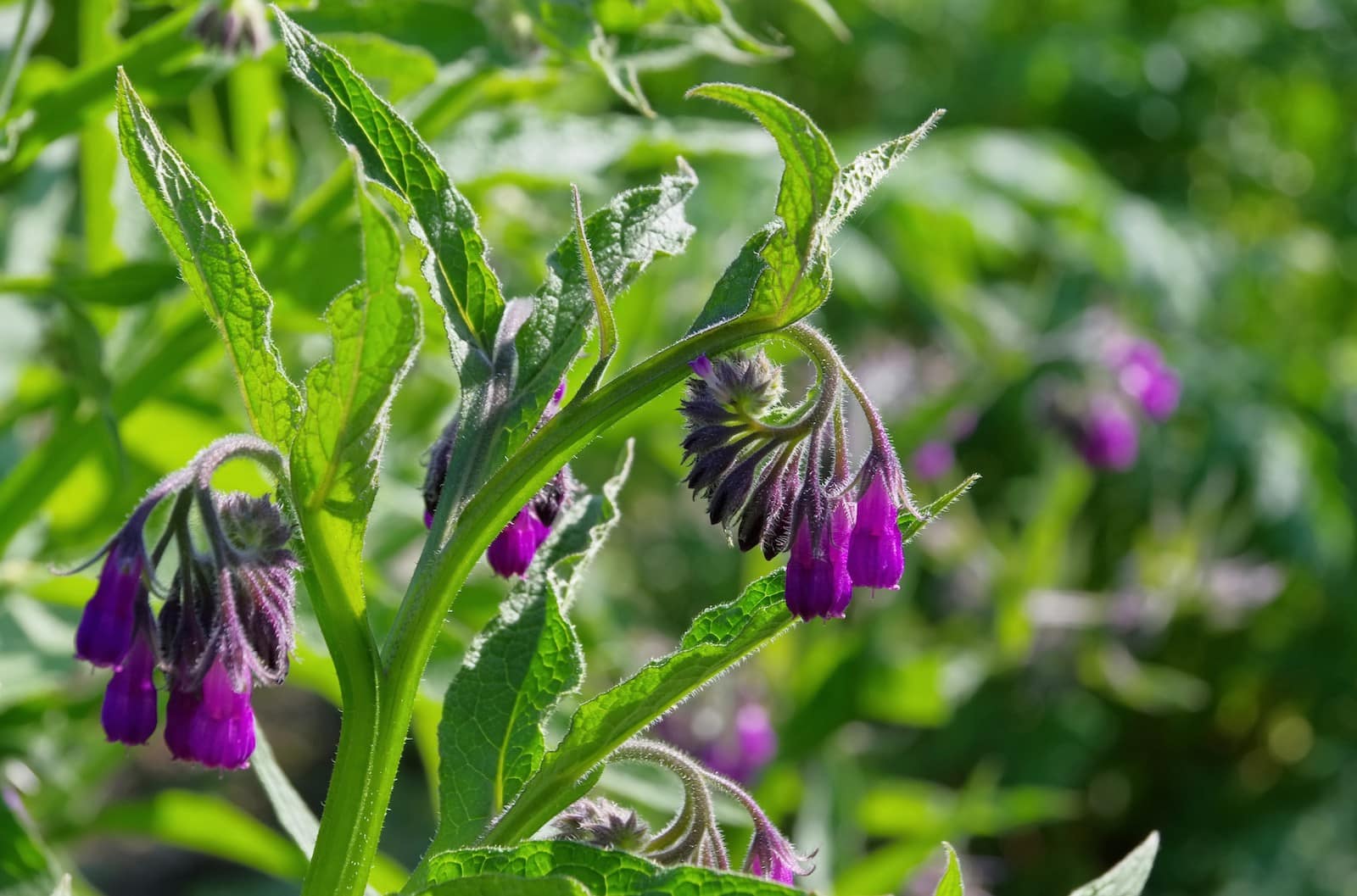 Comfrey was already well known and popular in Greece by 400 BCE. Its use was documented by Herodotus who recommended it as a solution for heavy bleeding. The Greeks would also use the plant’s root to cure respiratory problems. For Nicander the physician, comfrey was an antidote for poison and Galen also considered it a valuable tool for promoting healing. Dioscorides was arguably the most famous of the early Greek physicians and he prescribed comfrey for multiple ailments including broken bones, wounds and respiratory ailments. Pliny the Elder was one of his contemporaries and he concurred with Dioscorides with regard to comfrey’s ability to heal wounds and knit bones.

The genus to which comfrey belongs is Symphytum and comes from the Greek sympho from which we get other words like symphony. Sympho definition: to make grow together. In other words, the plant makes things grow together. The Latin terms con firma and confervere are what led to the common name, comfrey. Con firma relates to healing bones and confervere also points to healing. Other old names for the plant relate to its ability to promote healing: boneset and knitbone.

Comfrey would be used through the Middle Ages and was valued by the Saxons. In the 17th century, Nicholas Culpeper was another believer in comfrey roots as a treatment for broken bones and other disorders.

Comfrey would be brought to the Americas by colonists from England. 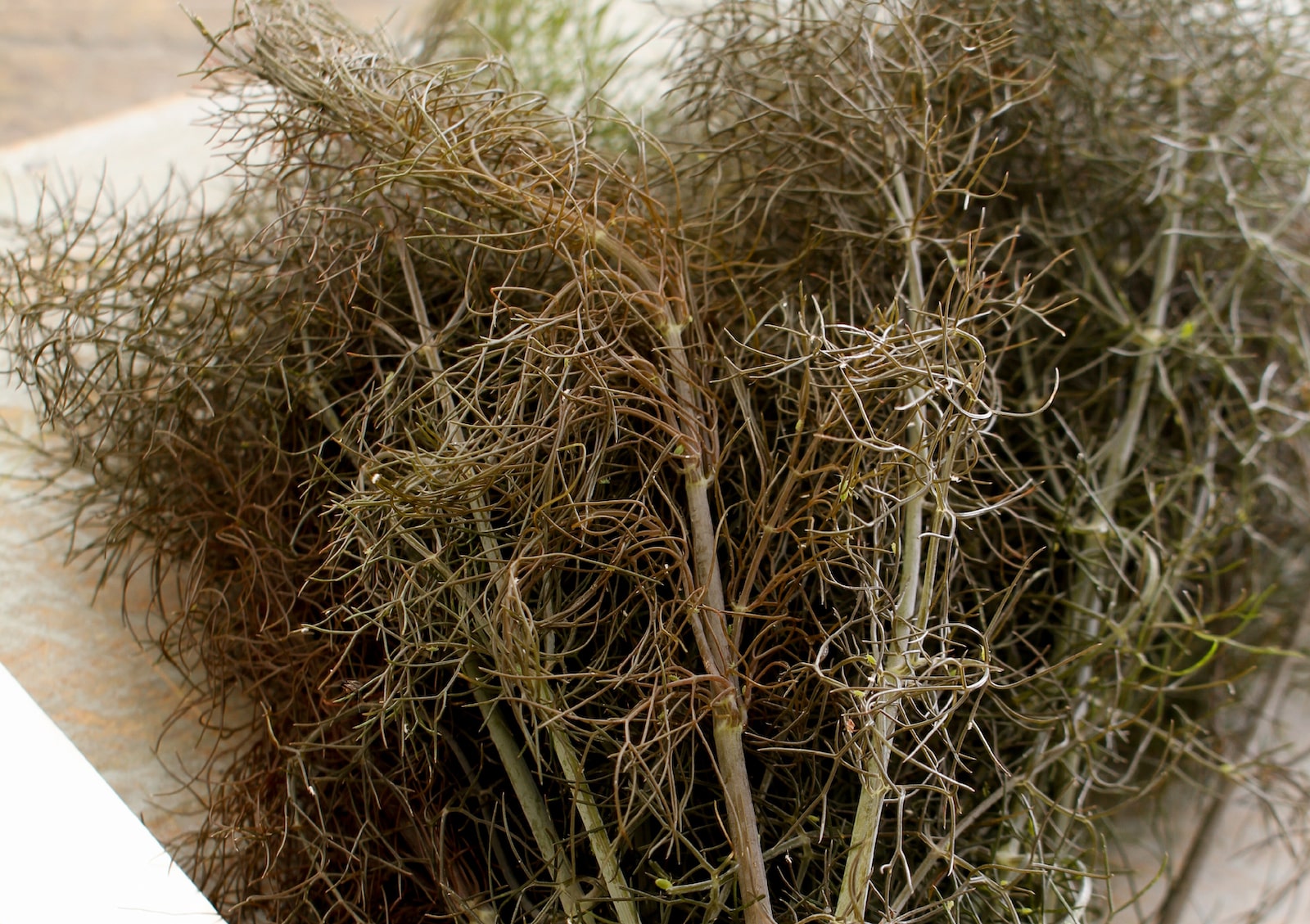 While it is difficult to pinpoint the specific origin of the bronze variety of fennel, historians believe that all forms of the fennel herb originated in the Mediterranean part of Europe. The use of fennel dates back to Ancient Egypt. Hippocrates, the Greek physician for whom the Hippocratic oath was named was also a fennel fan. Fennel is associated with the creation of the marathon. A fennel stalk was supposedly carried by Pheidippides as he ran from Marathon to Athens. He was carrying news of a battle that took place in a fennel field. Fennel most likely made its way outside of the Mediterranean region and around Europe with the Roman legions. Pliny the Elder documented his use of fennel. He believed that the herb was able to treat as many as 22 different health problems.

In the 14th century, fennel seeds were nibbled on as a snack to stave off hunger on religious fasting days. In the 17th century, Nicholas Culpeper recommended the use of fennel as a poison antidote.

Bronze fennel reached the Americas via Spanish explorers of the 17th century who brought seeds from Europe to plant in the New World. This is how fennel came to be naturalized in the US and concentrated in the area between San Diego and San Francisco. Because bronze fennel self-seeds, it can grow abundantly in the right conditions. Many consider it to be a weed despite its culinary value.