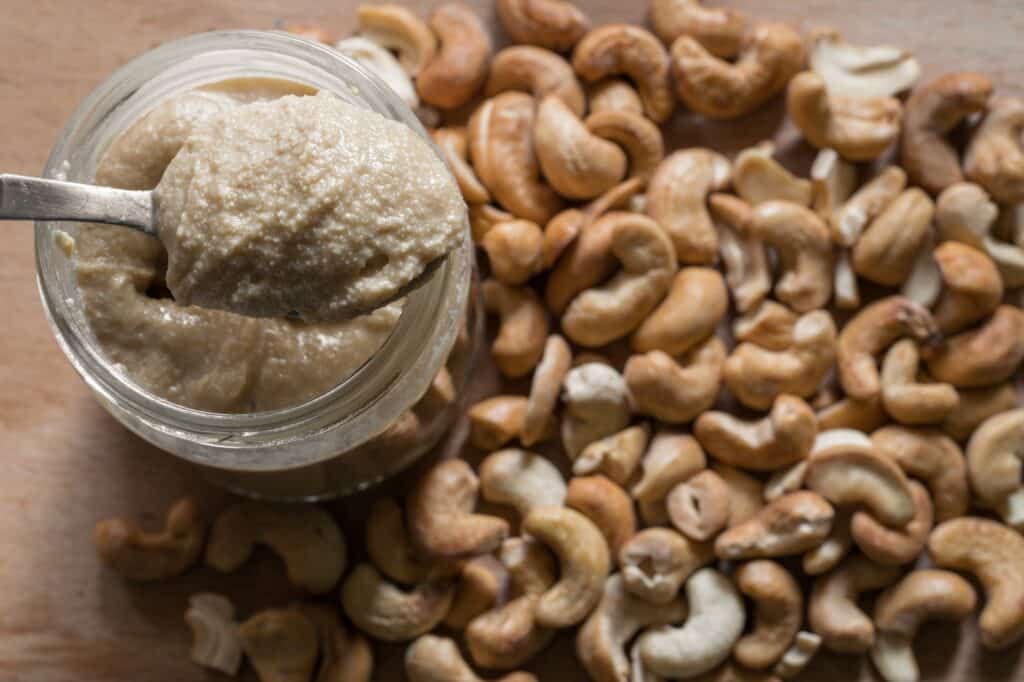 Cashew butter is made from the kidney-shaped cashew nut. The cashew nut is a tree nut from Brazil that was discovered by Europeans in the 16th century. At first, the Portuguese who had ventured to Brazil thought the nut to be inedible because of its toxic properties. The shell of the cashew nut contains a chemical that irritates the skin. Local native American tribes showed them how to safely process it.

Cashews were brought back to Europe and from there were sent to Asia and Africa. The Portuguese took cashew nuts to their colony in Goa, India. The nuts quickly became a popular staple, and the Indian climate was ideal for the cultivation of cashew trees. In Europe, both the seeds and the fruit were used. The seeds were eaten directly, and the fruit was used for making wine.

Cashews became popular in the US at the start of the 20th century. Early mentions of cashew butter occur in advertisements from the late 19th century. It may have been a product of the period when John Harvey Kellogg’s nut butters were a popular fad. It showed up in cookbooks throughout the 20th century and has recently become a popular alternative nut butter.

Roasted cashew butter’s flavor is best described as subtly nutty with a slight sweetness. The raw version lacks nuttiness, so its flavor profile is closer to neutral. Both kinds of cashew butter have similar creamy textures to peanut butter.

Cashew butter has a strong reputation for its health benefits, which come from nutrients like:

If cashew butter is a regular part of your diet, you may be able to treat or prevent health problems like:

The easiest way to use cashew butter is as a spread for toast, bagels, or crackers just like peanut butter. Alternatively, you can use it in your oatmeal or smoothies as a vegan protein source. It works in salad dressings as and as a peanut butter substitute in the sauce for satays. You can also use it in baked goods like cookies and muffins.